This weekend saw the first ever inside track in the Nordics with participants from five countries. We had speakers from Germany, Austria, Italy and Norway! 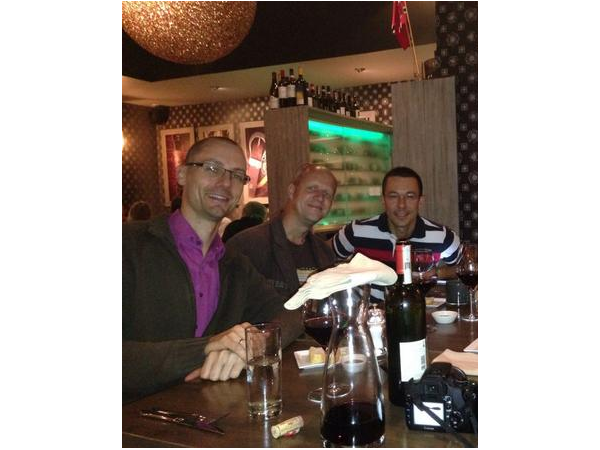 Ciber Norway was gracious and provided us with their excellent offices for the main event. After some networking we kicked off with our two Italian presenters, Luca Grilli and Fabio Di Micco , with an awesome demonstration of their fashion App made for Prada. As their stores mostly contains showrooms, the app enables the sales people an overview of the warehouse stocks and also assigns “runners” to fetch the sizes and colors the customer wishes to try. Other cool features included signature pad and printing functions and was also running on the Motorola MC40 device. 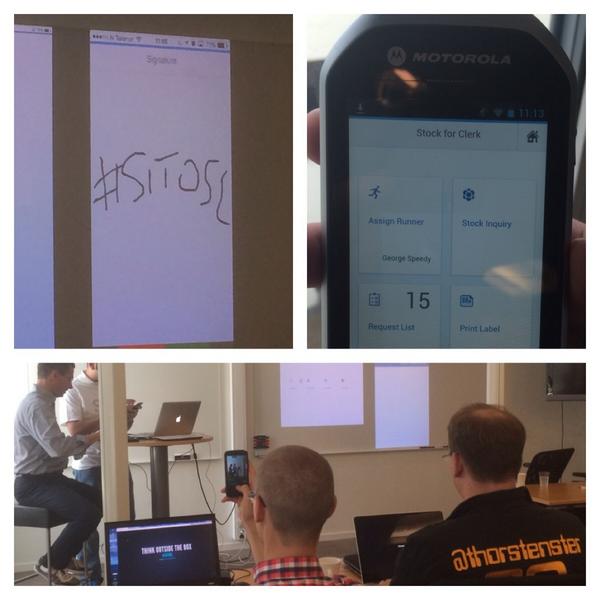 Also some technical assistance was privided by Mark Teichmann 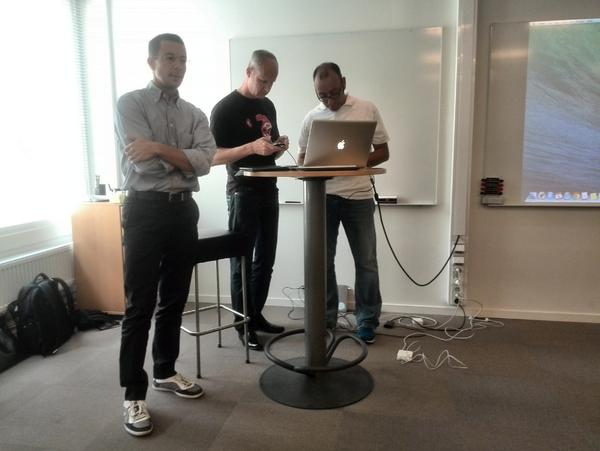 Next up was Maximilian Schaufler as one of the presenters had to cancel due to illness and Max stepped in on a very short notice. His speech was about using HTML5 inside the SAP GUI and triggered a lot of discussion about the possibilities this gives as a starting point for UX improvement at customers that don’t have NWBC or EP. Here is me introducing the “Thinking outside the box” session (that really got us back into the SAP GUI box): 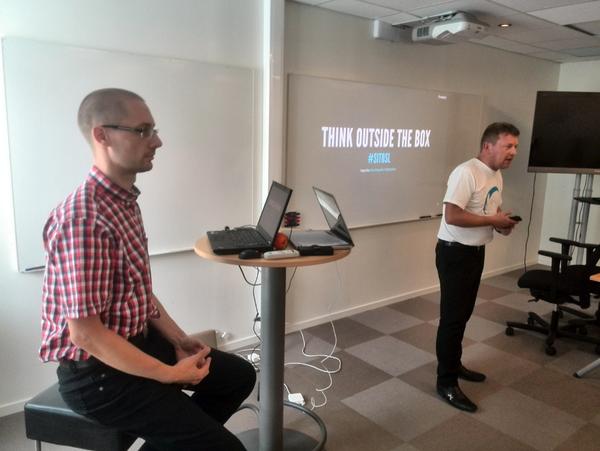 Neptune had provided us with some nice traditional Norwegian lunch that was much needed for those of us that had attended the pre-conference event: 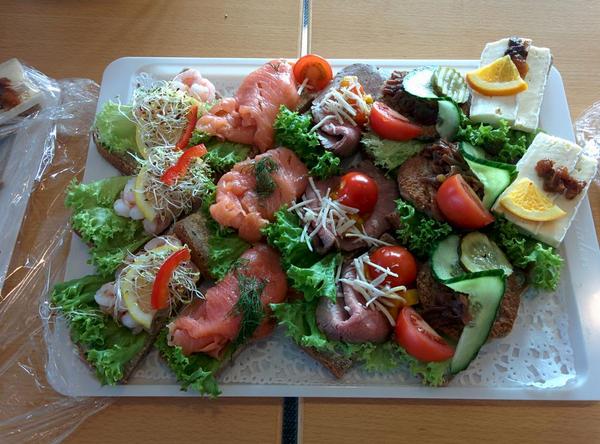 Presenters were Ole-Andre Haugen and myself. 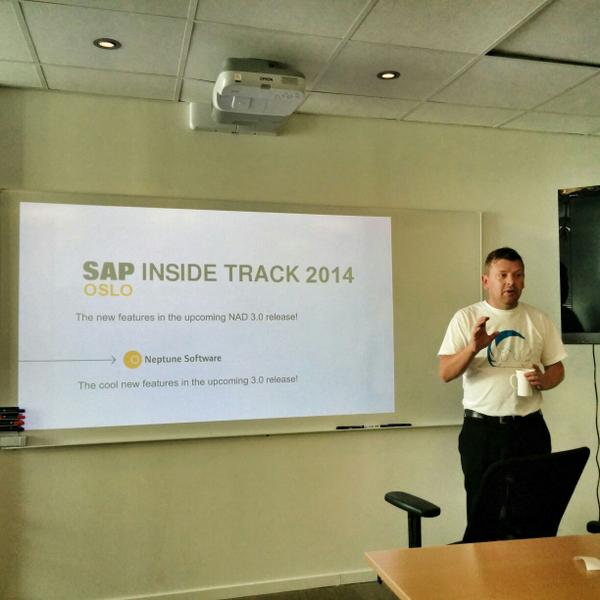 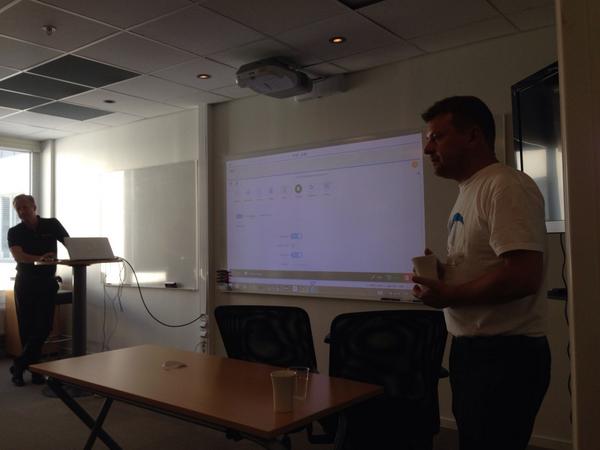 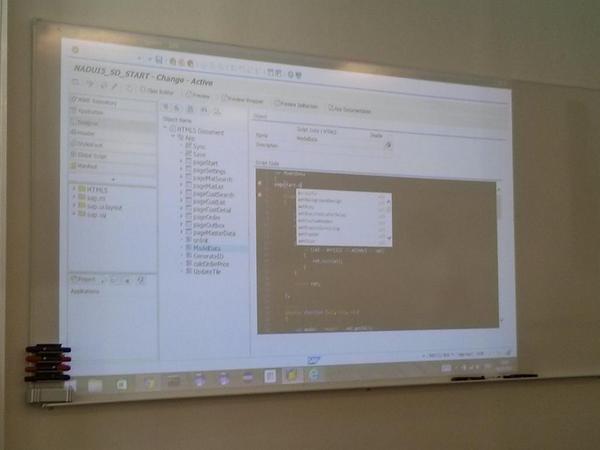 Then we were ready for some Cloud and River development by Mark Teichmann He showed us his cool solution for getting sensor data to the cloud and how you could read temperature, humidity and just about any other measure you can get out of sensors. He also showed us a River UI5 application he had developed on top of that for visualizing the sensor data! 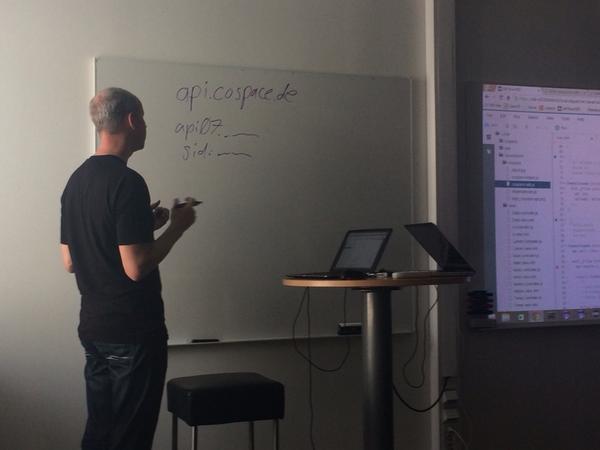 Beer time! As promised we started serving Beer to get us in the mood for the much awaited keynote 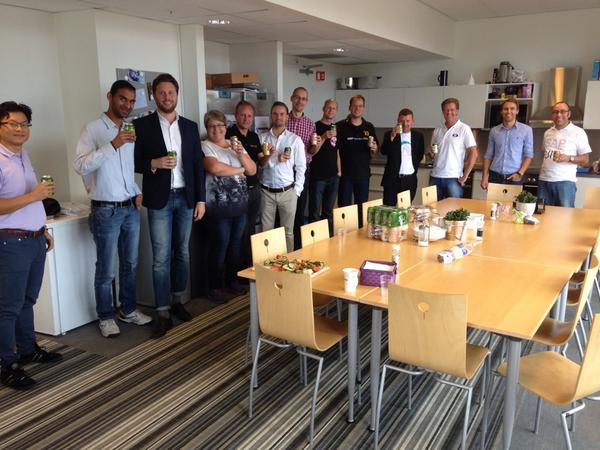 Thorsten Franz was the chosen Keynote speaker at SITOSL!  The first part of the keynote was aimed at how the “waves” of technology are becoming larger and faster and… 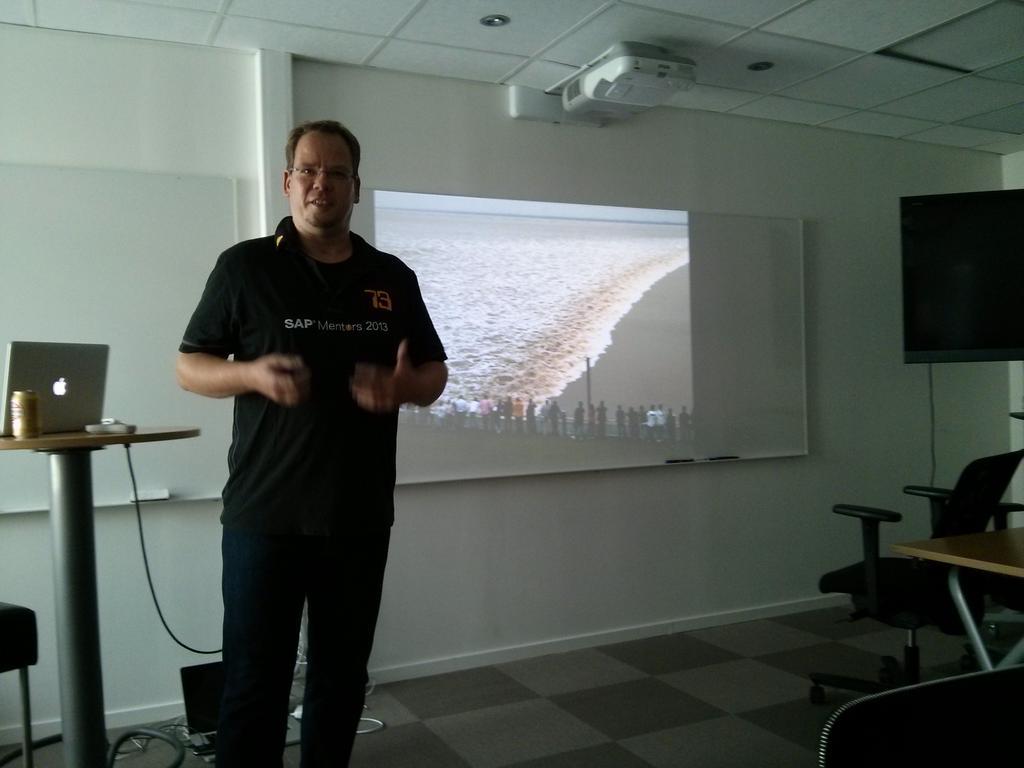 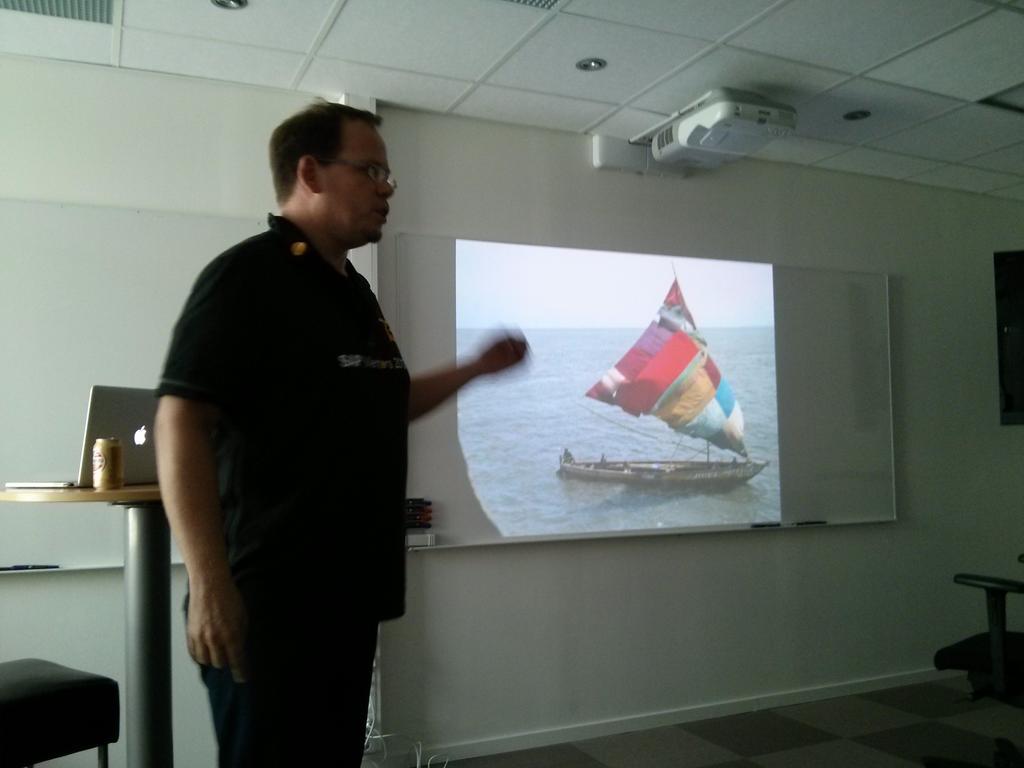 The second part of the keynote where Thorsten provided us with his “piece of cloth” for the day. A way to HANA prepare our solutions with BW functionality on ECC systems. Very few in the audience was aware of this “hidden” reporting feature and people where eagerly writing down t-code and function module names. (And we got an idea of why his company is named Operatics  🙂 )

The happy crowd then moved out for a surprise Neptune sponsored dinner. Some of us also decided to stay for quite some time at various bars in downtown Oslo 😉 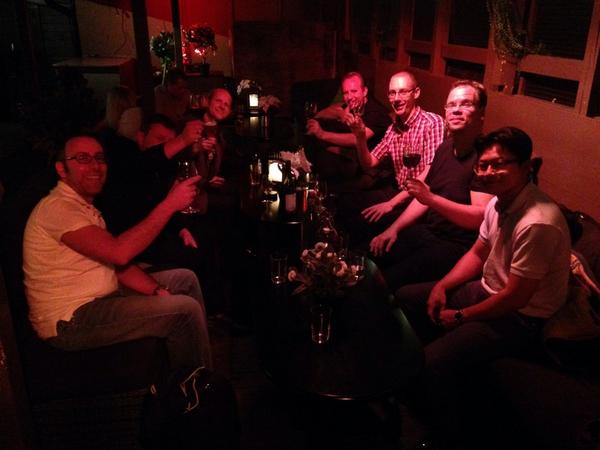 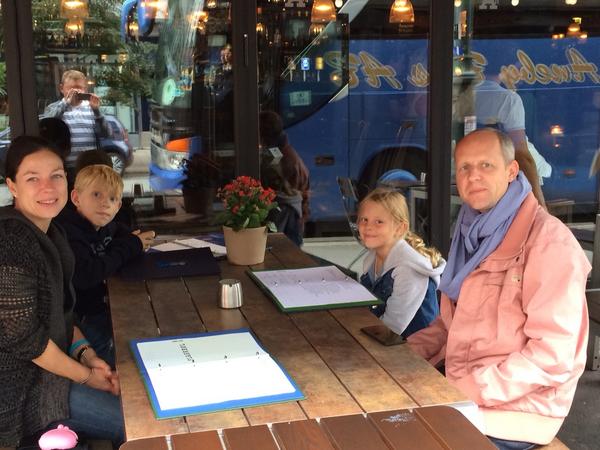 All in all, I am happy with this first attempt to bring SIT to viking lands. Thanks to all speakers and participants and I already look forward to the 2015 version!

Great summary, thx for writing that up, Njal!

You were great organizing this event, and I'm sure all who attented will spread the word and encourage others to make the next sitOSL bigger and at least as good as it already was!