Follow RSS feed Like
18 Likes 24,980 Views 66 Comments
This blog discusses a technique to further reduce the downtime of the Database Migration Option (DMO) procedure of Software Update Manager (SUM). Before reading this content, be sure to be familiar with the general concept of DMO, explained in Database Migration Option (DMO) of SUM – Introduction and in DMO technical background

[Update: blog has been updated on Sept 16th 2019 to reflect general availability]

Downtime-optimized DMO of SUM 2.0 can reduce the downtime of the DMO procedure. It integrates a technology to enable the migration of selected (large) application tables during uptime processing of DMO, thereby reducing the downtime migration time. 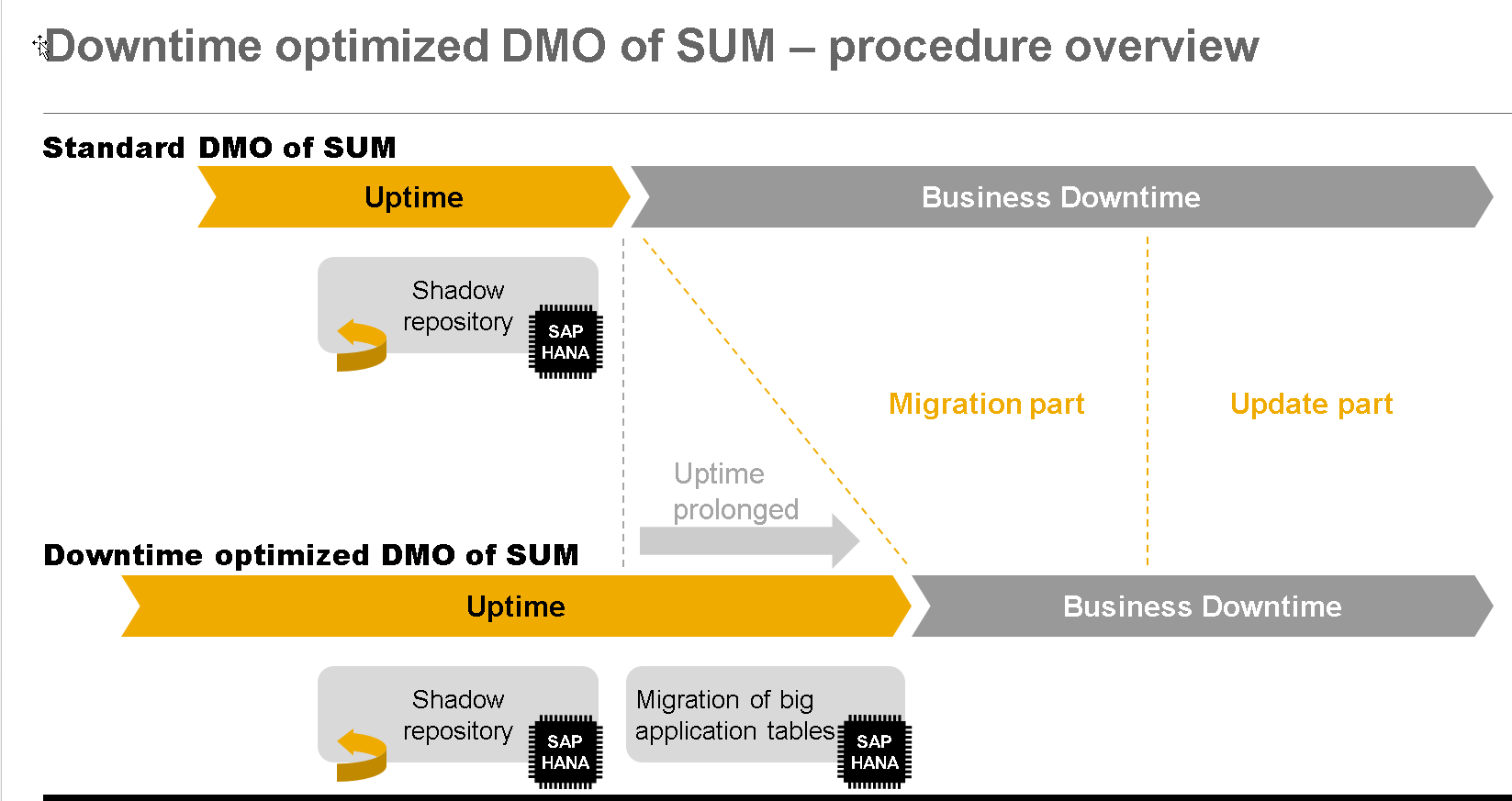 No registration for customers any longer

With SUM 2.0 SP 06 and higher, the approach is generally available without the need of registration.

The initial situation is like for the “standard” DMO: 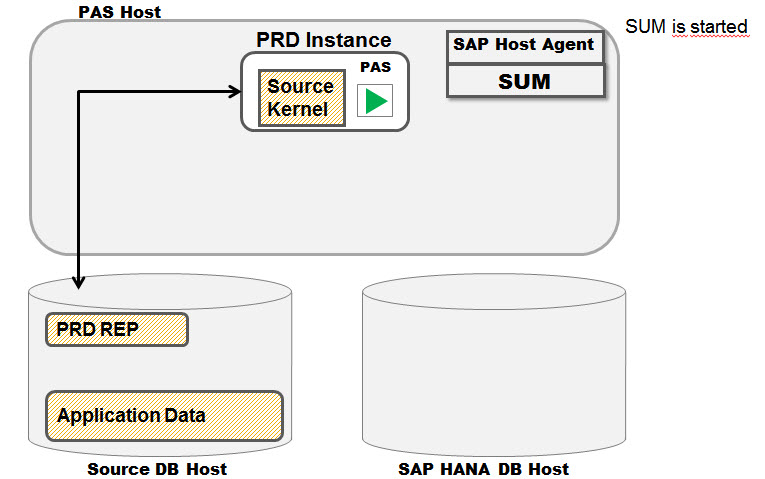 Again, like in standard DMO, the shadow repository is created by the shadow instance: 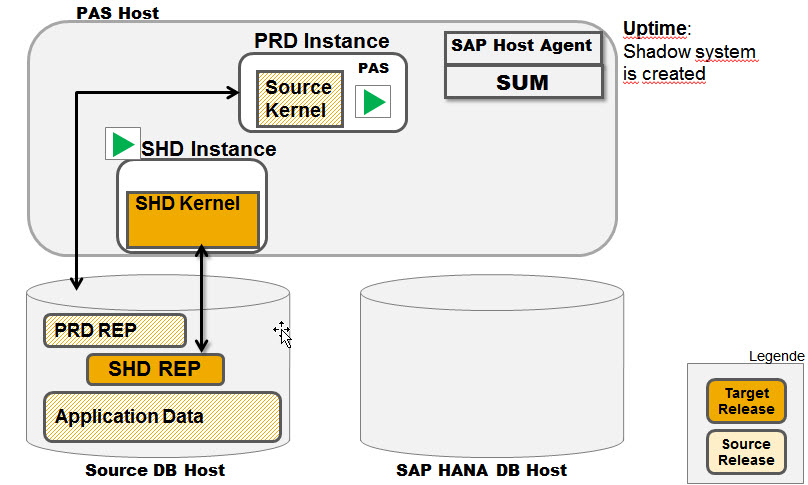 The shadow repository is copied from the source database to the target database, the SAP HANA database.

Note that the shadow instance is still existing, although currently not used, but not deleted as in the standard DMO. 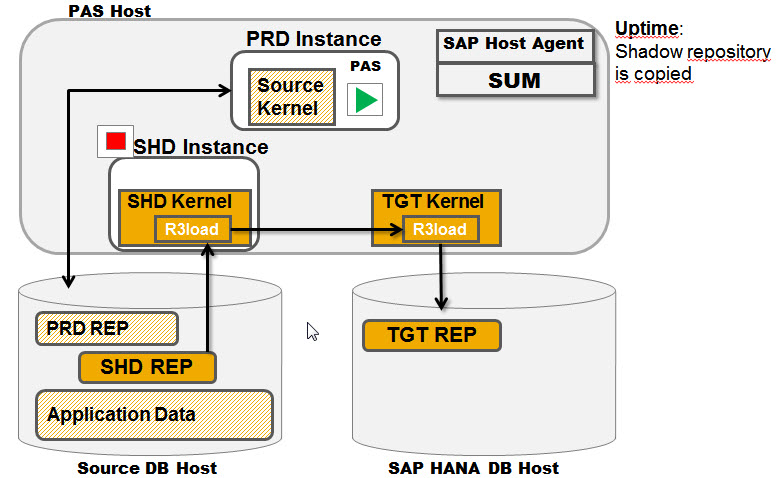 Now the trigger for the selected application tables is set up, and the initial transfer of the triggered tables starts.

The triggers are set by SUM internal technology. 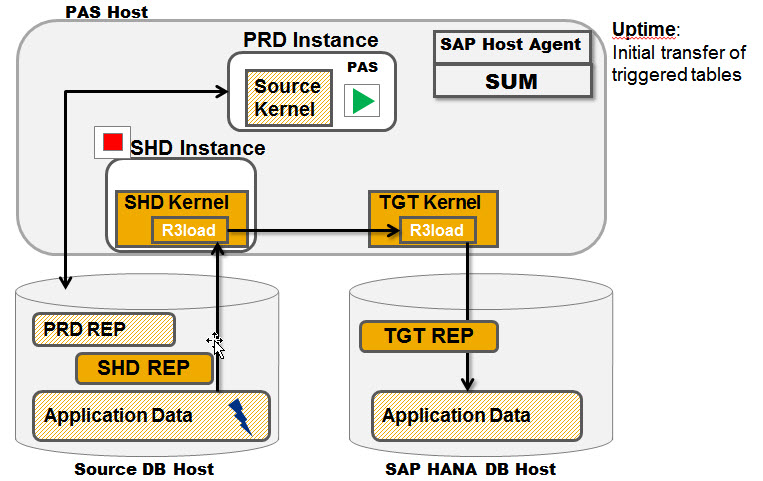 Still in uptime, the delta transfer of the application tables is then executed. Therefore, a job starts the CRR replicator on the shadow instance to check for trigger logs, and transfer the delta to the Writer. For the Writer to write the data to the SAP HANA database, we need an additional instance

that uses the target version kernel for the SAP HANA database. This instance is called TMP instance (temporary). 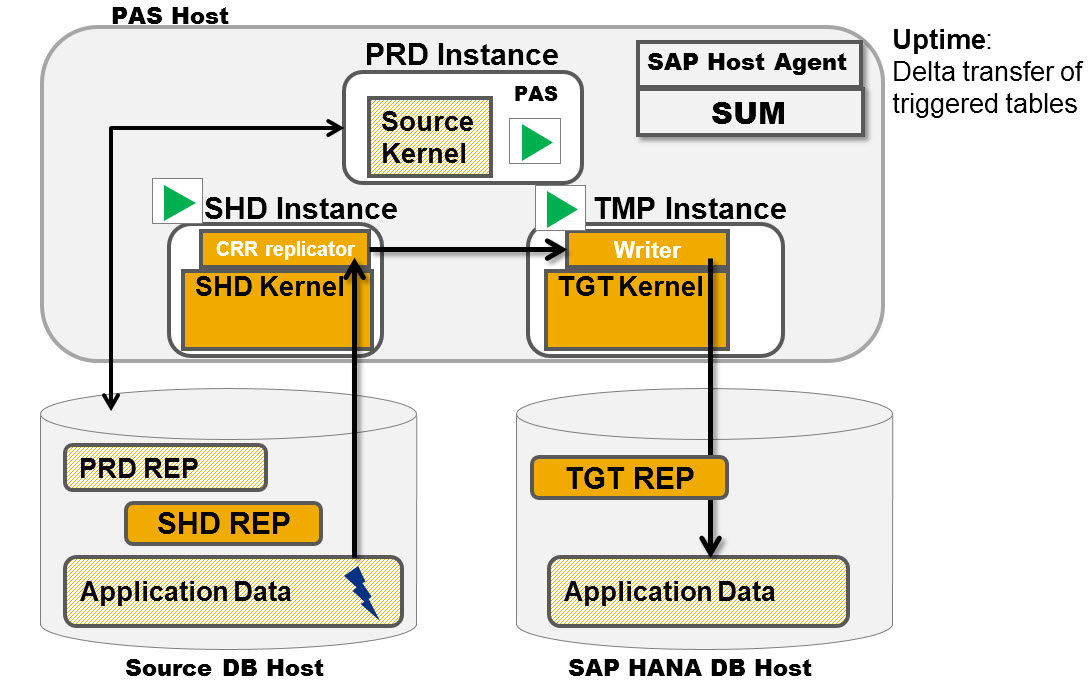 Downtime starts, now the remaining delta of the application tables are migrated. 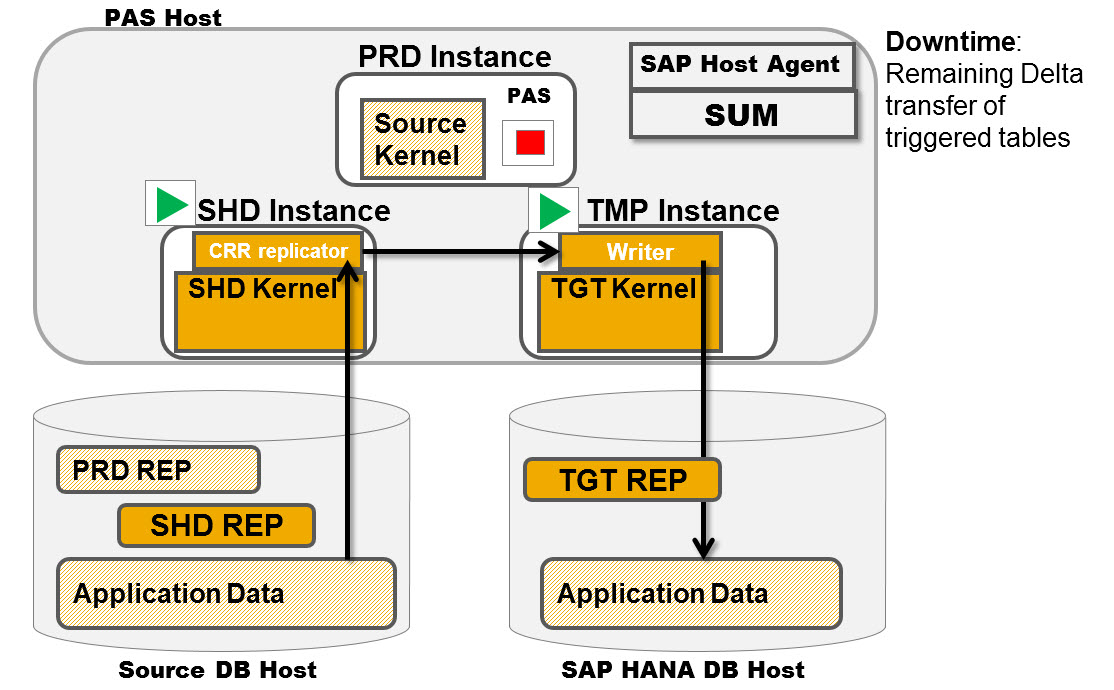 Now the remaining application tables (that have not been triggered) have to be migrated as in the standard DMO. 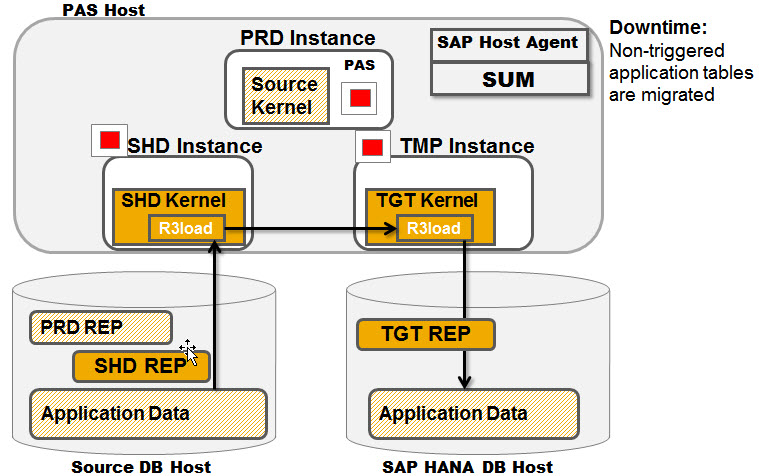 The target kernel is now applied to the PRD instance, the system is started to allow the update of the application tables. This is still business downtime. 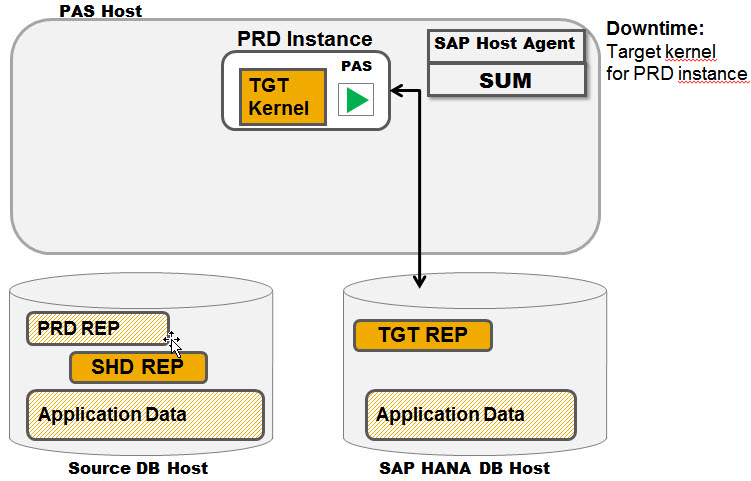 Once the application tables are updated and the procedure is finished, the system is available again. 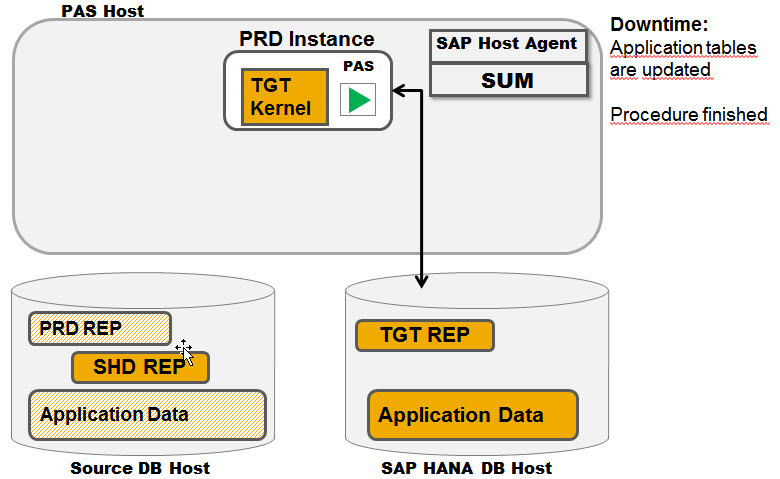