Developing in the debugger context

I stumbeld upon some aspect of developing ABAP in eclipse which just boosted my efficiency which I did not think of at all:

It often happens to me (particularly during maintenance) that I execute a test (pereferrable a unittest) and find a constellation of data for which I need to adapt my code. My practice was to set a breakpoint, execute the test, note down the relevant variables on either a piece of paper or some other medium (notepad), then let the code execute (or abort 😉 ) and then to correct the artifact.

It often occurred to me that I forgot to note down some other context information which was just available at runtime, so I had to re-execute the test. Particularly after having noted the fact that some information’s missing after starting to correct the code, this is tedious: Since I removed the breakpoint previously and cannot set a breakpoint in the inactive source, I had to undo (comment) my changes, … you know what I mean.

With AiE, the debugger starts in a new view in a new perspective – but what’s more important: The other views share the context. This has the effect that while developing, you can access the context of the current debugger-session – and you can inspect the content of all variables in your ABAP editor!

Don’t get what I mean? Have a look at the screenshot: 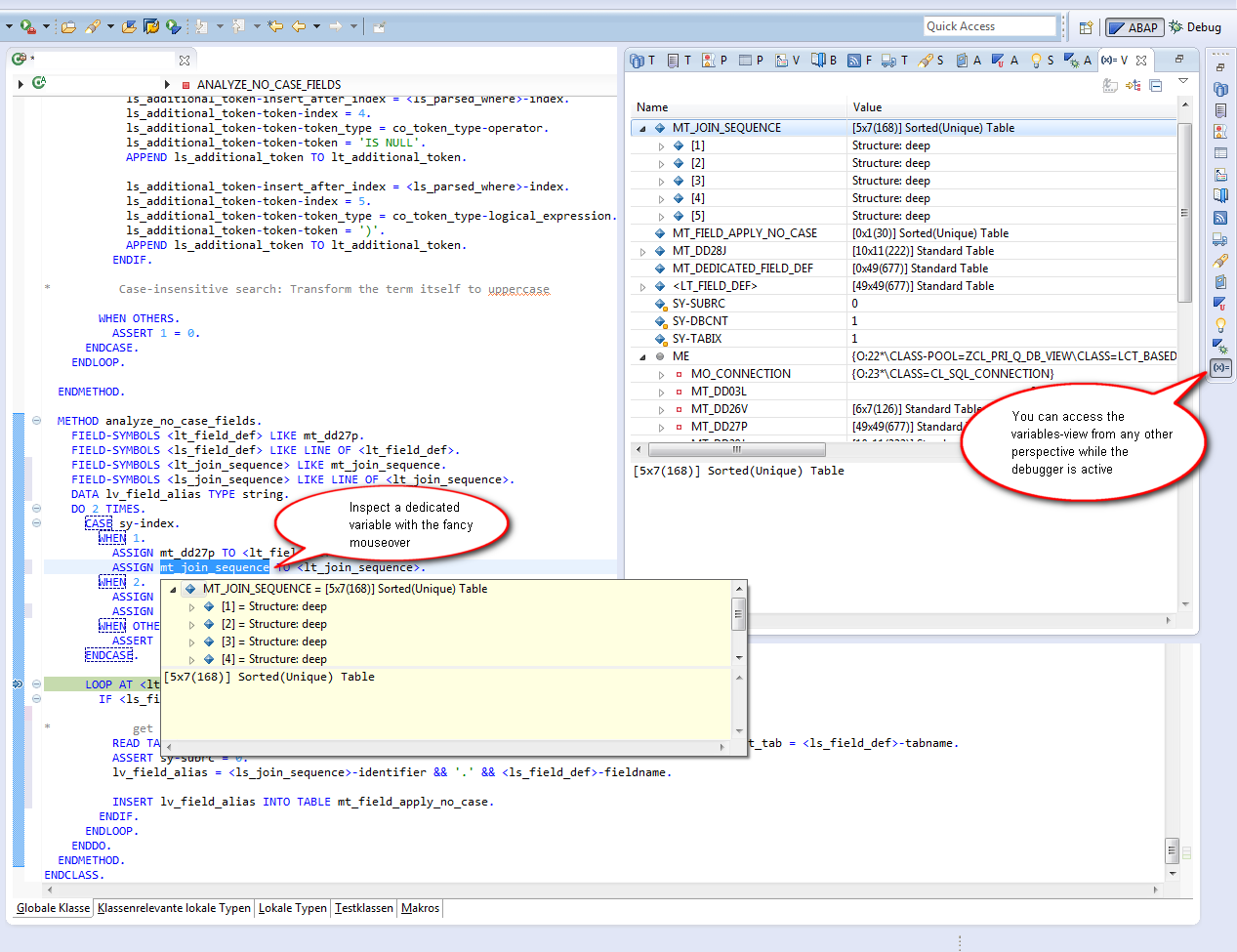 My personal comclusion: Resist terminating the debugger while correcting (but don’t tell your sys-admins 😉 )

Now this is amazing!  I can't wait until we upgrade so I can get back to developing in Eclipse.  It has been 2-3 years since I have used a system capable of linking to Eclipse.  Next it would be great if we could "inject" code in the debugger (one or two steps beyond changing values) so we can test our fixes while debugging.

You needn't to switch the perspective, you also can code in your debugger perspective. Give it a try 😉

Of course, forgot to mention that. Though I rarely maximize the editor view in the debug perspective, so for most bigger changes, I change the perspective.

Thanks for sharing this interesting topic.