CGF and TSC use SAP platform to help end deforestation

Last week we saw an interesting headline in the news. CGF (Consumer Goods Forum) and TSC (The Sustainability Consortium) accelerated their partnership with the goal ‘…..to end deforestation’. The membership of both organizations (~500 members) total a revenue stream of roughly $6 trillion. So there is some weight behind.

CFG committed to ‘….help achieve zero net deforestation by 2020’ focusing on key commodities responsible: soy, beef, palm oil, paper and pulp. Both organizations partnered up already back in 2012, but now plan to bring the partnership to a new level.

The idea is to leverage TSC’s updated version of toolkits as a solution for CFG. Part of the new toolkits is a applicable KPI set for tracking land transformation and deforestation.

SAP is involved because our partner TSC is using the SAP PSN platform for hosting the TSC toolkits. Walmart is already using it to ‘assess’ their suppliers.

But with the inclusion of these new kind of KPI sets that also incorporates RSPO and FSC certification aspects (among others), the assessment of suppliers based on their KPI responses takes a new dimension.

A few ‘Deforestation’ facts from the web: 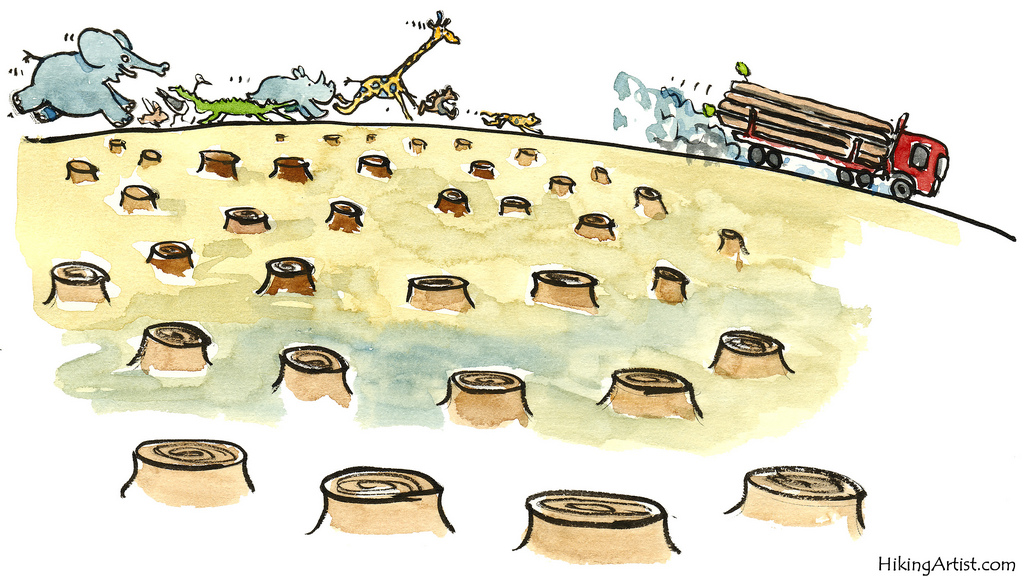