The Tyranny of Complexity

The crew of Apollo 13 spaceship wryly informed mission control of a major technical problem with the now immortal words; “Houston, we’ve had a problem here.” Thirty-four years later, I believe that the IT systems that run governments and businesses on planet earth have an equally pressing problem – complexity. 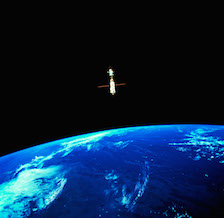 This new complexity stems from an unprecedented confluence of business and technology factors. These include mergers and acquisition activity, accelerating product cycles and digital disruption. Old (legacy) IT systems are being overlaid with new applications and must now coexist with cloud and other services, and consumer technologies such as smartphones, tablets and social networking tools have found their way into the enterprise raising user expectations.

Devices like Apple’s iPhone, with its single front-facing button and uncluttered user interface, Google’s search page and popular apps like Spotify, have conditioned business users to demand the same simplicity of enterprise systems and services. They are no longer prepared to put up with cumbersome, clunky systems, obscure interfaces and incomprehensible error messages and they are fed up with having to deal with outdated logon procedures imposed in the name of security. Albert Einstein had it right when he said, “the definition of genius is taking the complex and making it simple.”

Technology (and software code in particular) must be used to mask and hide complexity, rather than exacerbate it. A prime example of technology done right is ‘Single Sign On’ which enables a system user to sign on one time only and then be able to access a complete range of corporate services. Enterprise business leaders need to harness this backlash against complexity to simplify their own internal IT systems and, even more importantly, modernize their external-facing systems – or face the risk of being bypassed and ultimately replaced by competitors that are more in tune with their customers.

Of course IT complexity is not always a symptom of ‘things gone wrong’. Sometimes it is simply part of the cost of doing business.” For example, delivering more sophisticated products and services  to increasingly sophisticated customers often requires increased complexity…..and simplifying the user experience often requires hiding greater levels of complexity behind the scenes — the simpler an application is for the user, the more complex the underlying IT infrastructure must often become.

And sometimes IT systems and software developers need to resist it the temptation to over-engineer their products or pile too many features into them.  As Robert Glass pointed out in his book, ‘Facts and Fallacies of Software Engineering,’ for every 25 percent increase in functionality that vendors add to their devices, there is a four-fold multiplying effect in terms of complexity of that system.” The implications are simple, said Glass. “Just because hardware and software engineers can build a new feature or functionality doesn’t necessarily make it a good idea. In fact, it can often be a terrible idea, given the downstream impact in terms of complexity that the poor already over-burdened IT/network operations staff has to manage.

Whatever the causes, complexity brings a number of challenges for both IT and business leaders. Challenges for IT include increased operational costs, reduced flexibility, and a reduction it IT’s ability to provide high levels of service to the business. These issues are compounded by the increasingly strategic nature of IT.

IT complexity also limits the value enterprises can extract from their IT investments. Businesses with overly complex IT infrastructures are wasting money – spending too much on maintaining legacy systems and ‘keeping the lights on,’ at the expense of innovation and other business-driven initiatives that could boost profits and enhance competition.

Worse still, IT complexity is a major reason why so many big IT projects fail. In a paper published three years ago (The Mathematics of IT Simplification), Roger Sissions, chief technical officer of ObjectWatch  noted: “Big IT projects usually fail, and the bigger the project, the more likely the failure. Estimates on the cost of these failures in the US range from $60bn in direct costs, to over $2,000bn when indirect costs are included. By any estimate, the cost is huge.” Sissons correctly argued that complexity, cost, and value are all intimately connected. Because the cost of implementing a system is primarily determined by the complexity of the system, he argues that if we can reduce the complexity of a system we can reduce its cost. Since our ability to accurately specify requirements is also impacted by complexity, reducing complexity also increases the likelihood that the business will derive the expected value from the system.

In many industries, the pace of product development is creating enormous engineering and technical-development challenges.  “Traditional product development was driven largely by hardware considerations,” noted Juergen Reiner and Marcus Schaper of McKinsey in a 2010 paper on tackling complexity in product design. “When you pressed a button on an analog telephone, the button dialed one number, and that was the limit of its functionality. Today’s tech-enabled products depend on the successful integration of multiple hardware and software components—a multidimensional process. Now, a single button on a new smartphone may connect, in different ways, to a dozen distinct applications.

“Software is by nature more abstract—strings of program code are pieced together in interconnected layers. The IT architecture underlying new product designs is thus far more intricate than the specifications of traditional products. In the pre-digital world, for instance, one vacuum cleaner operated more or less like any other. But throw in a silicon chip, and today you might have a Roomba: an intelligent robot vacuum cleaner guided by sensors and processors.”

But what is particularly interesting about iRobot’s floor cleaning  Roomba – a robot that even my technophobic wife appreciates – is that despite the complexity of the algorithms that guide it, the interface itself is extremely simple. Push one big round button positioned at the center of the robot and it is on its way. As American folk legend Pete Seeger observed: “Any darn fool can make something complex; it takes a genius to make something simple.”

So how as a business leader, do you recognize that you have a problem? Consultants at Ernst & Young suggested this rule of thumb: “If your IT costs are increasing, while at the same time your IT ability is decreasing, chances are that your organization suffers from IT complexity.” In fact it is highly unlikely that one event orproject created your IT complexity; rather it grows one initiative at a time. People keep adding more and more but nobody ever turns anything off, resulting in a downward spiral of ever rising cost and lost agility.

Conversely, simplification drives a number of benefits, including improved user expectations, reduced costs, and improved operations. But perhaps the most compelling reason to simplify corporate IT infrastructures is that for most enterprises, IT is not their core business. By simplifying their IT infrastructure, organizations can devote more of their resources to providing better services to customers and users, enabling innovation and increasing productivity for workers throughout the enterprise.

The case for enterprise  IT simplification, which typically involves server and data center consolidation, pruning the app portfolio and standardizing around a common IT infrastructure, is so compelling that many companies, including FedEx and Bank of America, have made it a central plank of their IT strategy. Of course complexity is not confined to IT systems.

Some companies  have trimmed their product ranges to avoid confusing shoppers. For example, as an article in The Economist reported, Glidden, an American paint brand, decided in 2009 to reduce its palette of wall colors from an eye-dazzling 1,000 to a mere 282 because of a change in “Americans’ priorities from ‘more is better’ to ‘less is more’.”

Neither is it a uniquely American business problem. As The Economist also reported that L’Astrance, a three-star Michelin restaurant in Paris’s posh 16th arrondissement, offers no choice at all on its menu: diners chose the number of courses they want and Pascal Barbot, the chef, then delivers them based on ingredients he has picked up in the market that day.

Underscoring how sometimes less really is more; in the early 1990s when Procter & Gamble, the US-based consumer-products company, reduced the number of Head and Shoulders shampoos on store shelves from 26 to 15, sales increased by 10 percent, according to Sheena Iyengar, Columbia Business School professor and author of “The Art of Choosing.”

Combatting complexity and ‘running simple’ isn’t always easy. But the three astronauts aboard Apollo 13 in April 1970 and the NASA mission control support staff proved it is essential. After an oxygen tank exploded crippling their spacecraft and forcing them to abandon a planned lunar landing, the crew and support staff broke down the enormous problems they faced into manageable chunks. Despite great hardship caused by limited power, loss of cabin heat, shortage of potable water, and the critical need to undertake makeshift repairs to the carbon dioxide removal system, the crew returned safely to Earth and Apollo 13 became known as one of the greatest ‘successful failures.’

So what do you think?

I believe we can approach simplicity for a business from three different angles:

For consultants, simplifying business process is the first place where we can add value by convincing the customer to follow SAP best practices. Migrating from old mainframe to SAP by itself simplifies clients business processes but more than often they tend to go for customization because SAP doesn't offer many alternatives for using a transaction like MM01/02/03 ..it works in same manner no matter which SAP release you have been using for last 10+ years. Added customization increases complexity and maintenance cost for the customer.

I hope that once all SAP transactions are available in fiori like apps , maybe we will be able to deliver a better user experience to the customer.

With the introduction of Hana Enterprise cloud and Hana Cloud Platform, and Process Orchestration, simplifying IT infrastructure has become viable option for SAP customers.

Please like if you agree with my comments and/or please add your comments as our common goal is ti make the life our customers simple.