Are Women As Capable as Men in Business?

The future is now. 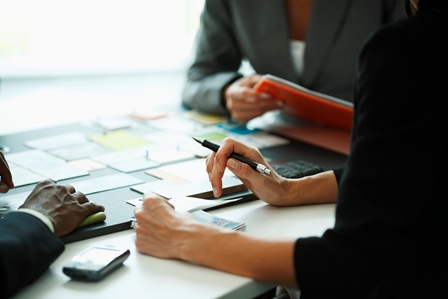 Future of Work is here, and as businesses become increasingly technologically savvy, employers have access to a diverse pool of global applicants, breaking the limitations of recruiting within a corporate office’s city walls.  According to an article on fastcompany.com, this new labor pool will dynamically increase efficiency of organizations, creating competitive pressures for organizations to appeal to the most talented workers through cultural awareness and diversity.

But unfortunately, when comparing diversity by gender in the IT industry, women are far outnumbered by men. (dpeaflcio.org).

Actually, women are disproportionately represented across many industries.

And women are disproportionately represented in leadership roles.

Click here for the full chart with exact percentages of women represented by profession.

It’s a tough ladder to climb.

Fifty years ago, women made 57 cents to each dollar men earned.  Today, that number is up to 77 cents (cornerstoneondemand.com). Why are women paid significantly less than men? It’s not because women are less educated.  According to an article by Charles Coy, more millennial women are enrolled in college and graduating with Bachelor Degrees than men. Of all Americans ages 25 to 32, 38 percent of women have a bachelor’s degree, compared to 31 percent of men. And among younger Americans, ages 18 to 24, women are seven percent more likely than men to be enrolled in college.

Are women as successful as men? 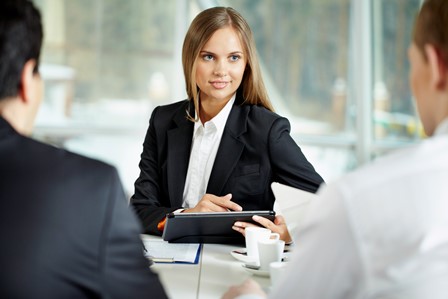 Interestingly, 20 to 40 percent of the earnings gap resulted from gender stereotypes, discrimination, lack of professional networks, and women’s resistance to negotiate for promotions.  According to research from Bentley University, by a margin of 59 percent to 41 percent, respondents consider women to be better prepared than men for success in their first jobs. But respondents give the edge to men over their entire careers, 53 percent to 47 percent, reinforcing the idea that perceptions, not necessarily skills, still play a key role in whether women and men have equal opportunities in their professional lives.

Can women be strong leaders?

According to the American Psychological Association (APA), women are rated as highly as men, sometimes higher, when it comes to being effective leaders. “When all leadership contexts are considered, men and women do not differ in perceived leadership effectiveness,” said lead researcher Samantha C. Paustian-Underdahl, PhD, of Florida International University.

According to a study published by the APA, men tend to rate themselves as significantly more effective in the workplace as women rate themselves.  When ratings by others were examined, women came out ahead on perceptions of effectiveness. The researchers theorize that some of this effect could be due to a “double standard of competence,” meaning some people presume that women leaders have to be extra competent to get into top positions.

“These findings are surprising given that men on average continue to be paid more and advance into higher managerial levels than women,” said Paustian-Underdahl. “Future research needs to examine why women are seen as equally (or more) effective leaders than men, yet are not being rewarded in the same ways.”

The future of women in business. With the Future of Work celebrating diversified talent, IT giants are aiming to attract more females to the industry.  In the study conducted by Paustian-Underdahl, she argues that, “as organizations have become fast-paced, globalized environments, some organizational scholars have proposed that a more feminine style of leadership is needed to emphasize the participative and open communication needed for success.”

Globally, these three IT superstars are leading: SAP, IBM, and Microsoft.  SAP shifted a large focus to attracting women to the company and to leadership positions.  By 2017, SAP aims to have 25 percent of leadership positions filled by women (expressoemprogo.pt).

IBM aimed their focus on secondary education.  The company is promoting its EX.I.T.E. Camp (Exploring Interests in Technology and Engineering).  The program is designed to inspire young girls to take an interest in math, science, technology, and engineering.

Also working to break the notion that, “IT is a man’s world,” Microsoft enhanced their HR initiatives to include internship programs targeted to females.  Also, Microsoft conducts internal programs on how to balance family, work, and advancement. In 2000, Microsoft created DigiGirlz High Tech Camps which work to dispel stereotypes of the high-tech industry through hands-on networking and workshops.

What can we do to bridge the gap?

Within our companies, to align with the Future of Work, we must put aside judgment based on gender and perceived capabilities.  Instead, we should celebrate our different characteristics and leverage them together to create a more holistic approach to business. The age-old idea, “two heads are better than one,” is true, but when you have two similar heads, we’re not really facilitating innovation, now are we?