Just bored of business scenarios, i was wondering how it would be to integrate UI5 app with social media 😕 Well, it has come out pretty cool & has been smoother when visualizing the data’s from Facebook Graph API in UI5. It doesn’t matter if it’s facebook or twitter or any other social media, what matters is if the data is exposed in json or xml or odata then UI5 fits into it. This make me believe that UI5 apps are just not limited to business scenarios & it’s limited to one own imagination. Meanwhile, i had a confusion in choosing where to host the app – Parse or Hana Cloud. I initially went with parse assuming it would be simple to deploy a fb app, as parse is a company acquired by facebook. After analysing the docs of parse, it needed a bit of time for me to carefully go through the docs to get started which i wasn’t interested.

So switched back to Hana cloud platform, where i already have an account & a new HTML5 application can be deployed in minutes. But this time i wanted to get hands dirty with Web IDE as i read few blogs about it. Amazingly, subscribing to Web IDE & getting a repo was just a cake walk. From there cloning the repo, committing the changes & deploying to cloud was just in a matter of clicks. It was a smoother & faster way of developing the app. The app i tried was about retrieving the friends details from user’s account & visualize it in a splitapp of UI5 . You can find the live app running here, 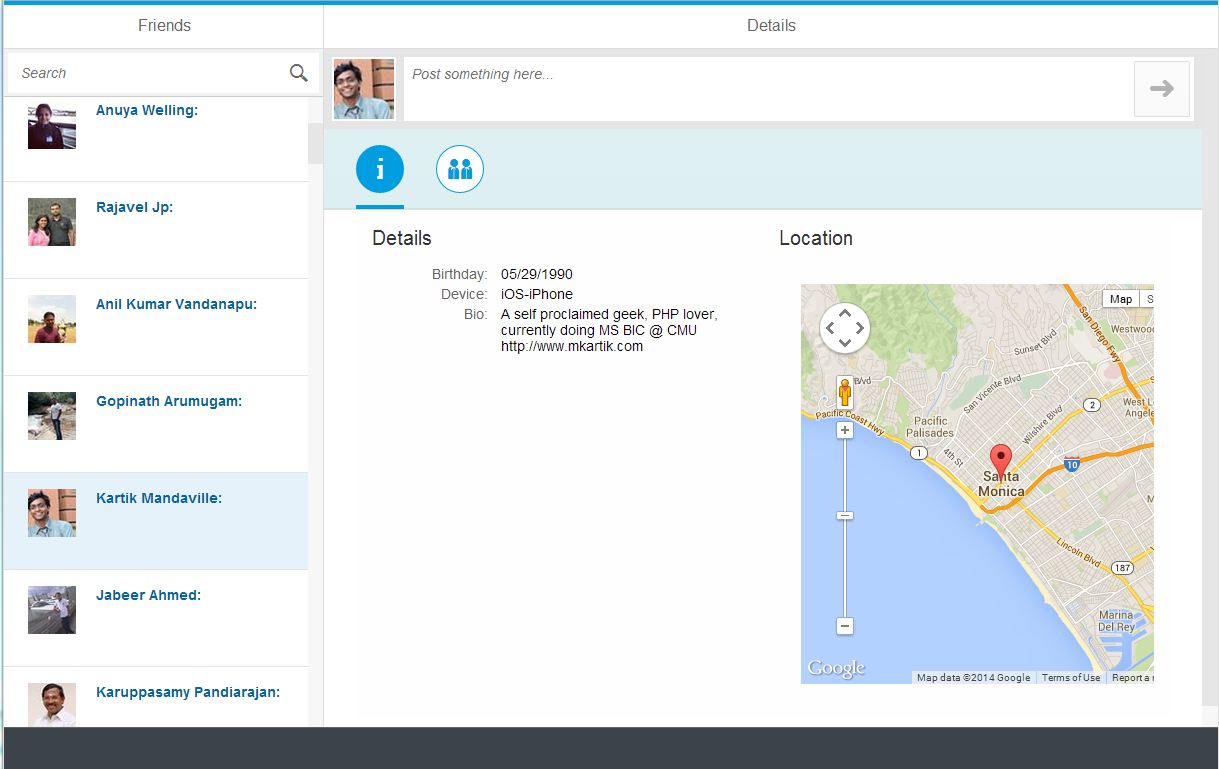 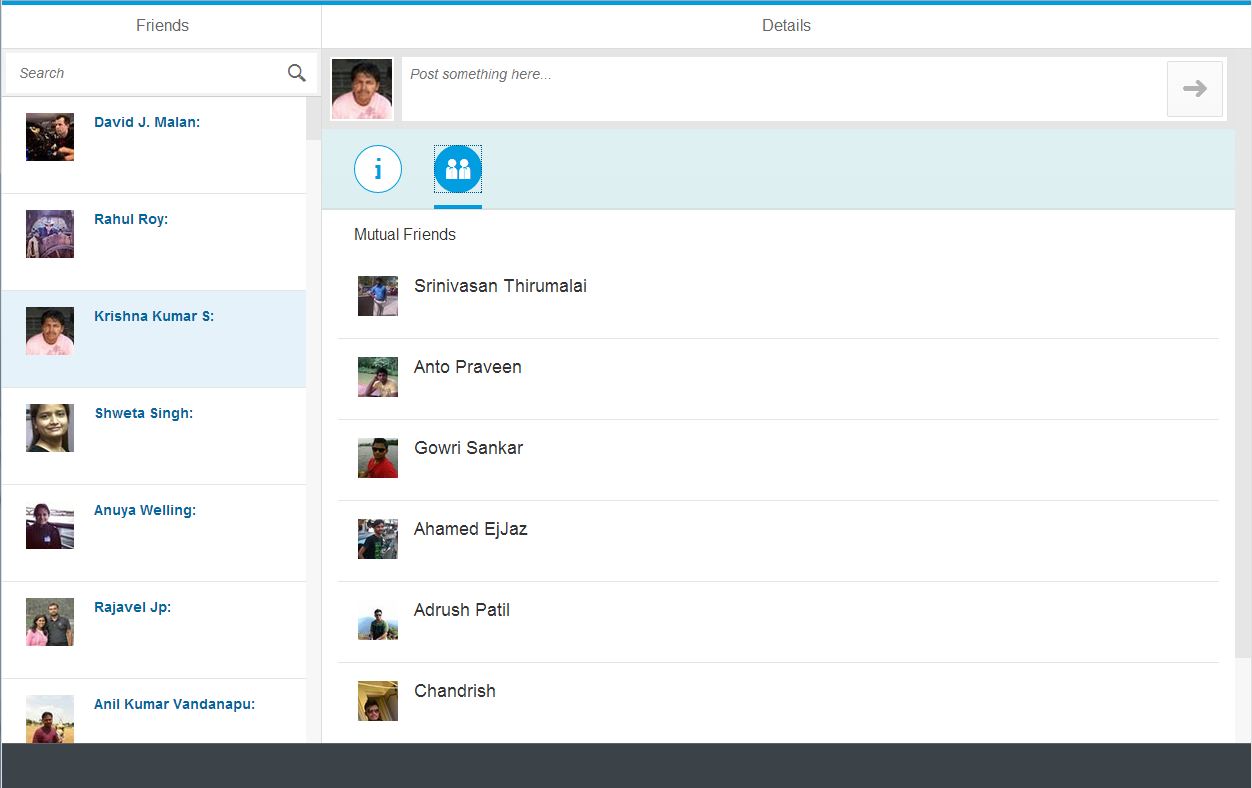 Just do a pull request if you wanna commit your changes to the repo.

For a quick look on the code, created a repo in github – ikiw/ui5friendslist · GitHub

BTW I ' m not sure of the issues to access the GIT repo https://git.hanatrial.ondemand.com/c5193288trial/ui5friendslist

Directly opening the link doesn't work for me too 🙂 Can you try cloning it ?