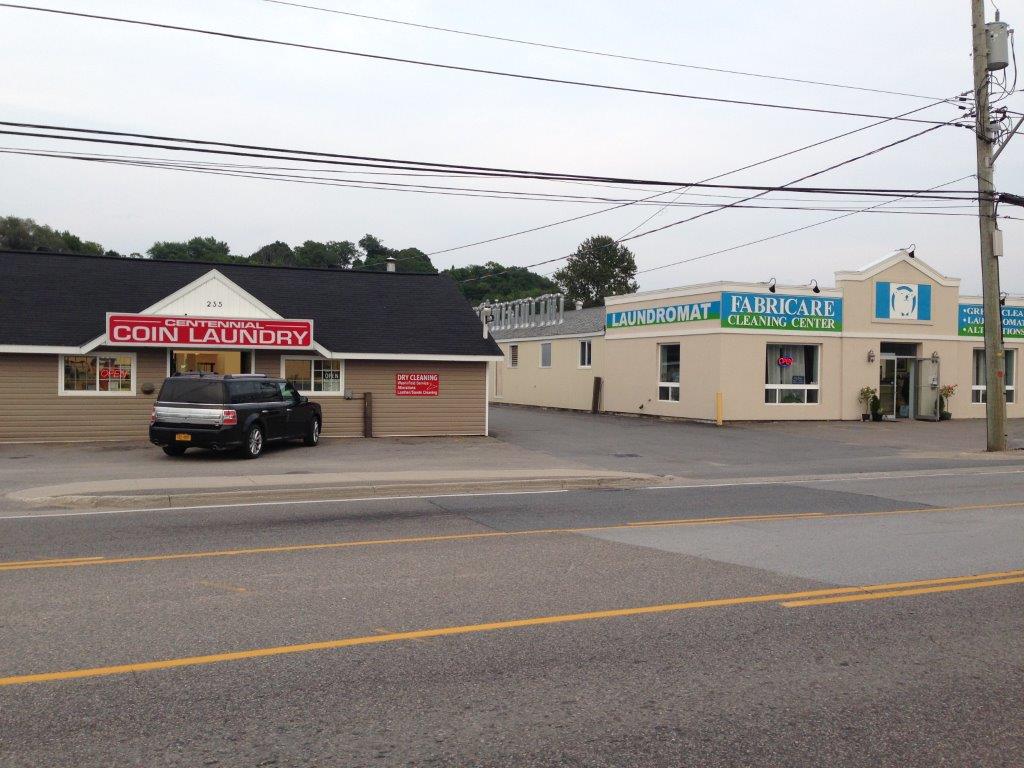 For those of you reading the title and expecting Walmart to be
mentioned, have no fear, they do have a cameo role in this story.

I have spent the last eleven summers vacationing in central
Ontario (about 2500 miles from home, but that is a different story). The
cottage has most modern conveniences, but doing laundry is a 35-mile round trip
drive to Bracebridge once a week. Over the years, I have made friends with Rod,
the owner of Centennial Laundry, and watched somewhat in horror as a chain
laundry/dry cleaner opened directly beside him. In the first few years, they
absorbed and closed the only other laundromat in town. Yet years later, Rod and
Centennial are still here. In fact, they appear to be performing better than
their competitor is.

A large part of my job is helping retailers enhance their
customers’ experiences, so Rod’s success intrigued me. If a laundromat were to
be your first stop on your first visit to Bracebridge, you would probably stop
at Rod’s competitor. Their curb appeal surpasses Centennial’s, and their brand
recognition has been established over radio commercials on multiple local
stations. Once inside, their interior is far more upscale and modern than
Centennial’s. Yet arrive most mornings or evenings and Rod’s parking lot is
full, with just a few or no cars across the alley. After years of watching this
anomaly, I took advantage of a long drying cycle to ask Rod why he thought
Centennial was surviving, and potentially thriving.

In general, the secrets to success are never “nuclear
science”, but the simplicity of Rod’s reasoning shocked me. Rod said, “We do
things to make the customer’s experience easier. They do things to make their
business easier to run”. As an example, Rod cited that all his staff carries a
float, so they can provide correct change for the machines (whether you bring
in dimes or $20). The competition uses change machines, so yes, you can get change,
but only if you have the right bills or if you really want $20 in quarters. The
competition also tested stored value cards, but small town Ontario (or USA)
have many residents who cannot afford to tie up ten or twenty dollars on a card
between laundry days.

Another example was “walkaways”. Rod was talking about the
mix of clientele who frequent Centennial. Many have jobs or responsibilities
that do not allow them to spend two hours at one time to do the laundry. Rod
allows folks to start their laundry, and will hold it for them to return 1, 2
or 5 hours later. Although originally for free, Rod now charges a nominal fee
for this service. Since his competitor will not, Rod still provides services
beyond the norm.

These simple examples got me thinking about distinction in
retail. If soap, water, bleach and heat are the common variables for a
laundromat, then what aspect of distinction is the customer looking for?
Moreover, if we extrapolate from the laundromat to the sporting goods store or
big box retailer, what lessons from Rod could they be taking to make their
business run better for the customer first and the “bean counters” second? To
quote Scott McKain, “The organization that fails to create distinction will
fall to its competitors”. When the competition came to town, they did what most
do to establish a base – they undercut Centennial’s prices. If it had not been
for distinction, that might have been the end of Centennial.

Rod gave many other examples, from hiring locally to
standing behind his frequent customers through the seasonal cash-flow gaps that
tourist towns can face. In all the examples, his focus remained on treating all
his customers like they each one was the best. This meant doing the right thing
for the customer, even if it made the business harder to run (imagine the
shrinkage risk to a small business from having to manage floats across multiple
employees seven days a week).

In retail, we talk a lot about putting the customer first. However standing in

a grocery line for 15 minutes, just to see them add an additional clerk as you

are putting your goods on the conveyor, suggests that the bean counters won

that round. When we put procedures in place and empower staff to enhance the

customer experience, sometimes to the immediate detriment of the bottom line,

there is a good chance that differentiation from our competitor(s) will be one of the results.

I promised you a Walmart reference, and Rod was the one who made
the connection for me. Walmart set up shop on the other side of Bracebridge
about eight years ago. There was much hand ringing and talk of the death of
their main street. Yet today, the downtown seems at least as vibrant as it was
at the groundbreaking, and most would say it is even better. There are two
reasons for this – one, it stopped the two hour migration of residents to larger
towns as most locals went shopping for deals and large purchases. Less time out
of town opened new opportunities to shop in town. More importantly, it sounded
the wakeup alarm for local businesses. Before Walmart, many stores closed at 5
p.m. The businesses that survived became more customer focused, e.g. extending
their hours, making is easier for time strapped locals to shop (easier for the
customer, not easier for you). They also banded together to have special events
like “midnight madness” sales to highlight their local variety and expertise.

To paraphrase McKain, setting your customer value prop to be “we are as good as
the other guy” is a quick path to irrelevance. You need to figure out what you
will do and how you will act to show the customer that an experience in your
store will be like no other. I will add on Rod’s behalf that it has to be
something the customer will see of value, not just the shareholders.