The fight to be faster: HP transforms its business with in-memory computing

Moore’s law and the revolution in personal computing have seen HP’s products become ever faster and more effective. But to thrive in a changing world, they need to increase the speed of their business functions. 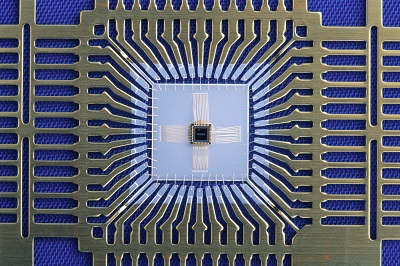 HP, incorporated as Hewlett-Packard in 1947, is one of the oldest and best-known of Silicon Valley’s technology giants – but a pedigree is no guarantee against the rapid pace of change in the high-tech market.

Since releasing the first personal computer in 1968, HP has seen the technology market disrupted, and its competitors disrupted along with it, repeatedly. Dell has moved into private ownership after a difficult period. IBM sold its personal computer business to Lenovo in 2005, and added the sale of its x86 server business in 2014. And Apple has gone from the edge of an abyss to one of the most valuable companies in the world, driven by products unknown when Steve Wozniak, then an HP employee, designed the Apple I: tablet computers, digital music and smartphones.

The Drive to Innovate

To remain competitive – and to hold on to a leadership position in sales – HP needs to maintain a constant focus on innovation and improvement. HP’s R&D spending in the 2013 fiscal year was $3.1 bn, compared against $11.6 bn cash flows.

Speed and flexibility are vital to the success of a major technology manufacturer; components are produced and sent for assembly from multiple sources, and customers – whether individuals or businesses – demand a huge range of performance and price points. All the while, value and demand for products is affected by progress in key technologies – central and graphical processors, RAM and storage – and changes in the way technology is used.

Agility in research, design, procurement and production are the keys to successful innovation. For example, to reflect the changing way data is accessed online, HP has launched the “Moonshot” server range.  These “software-designed servers” are designed to be optimized through their software for particular purposes, rather than relying on third-party software running on commodity hardware. This is a new approach designed to increase efficiency significantly.

HP’s supply chain and product range encompasses a huge number of different entities and objects: in Q4 of 2013, according to Gartner estimates, HP shipped 13,592,600 PCs, representing 16.4% of the total PC market, along with servers, printers and print produces, mobile devices and enterprise services.

To stay at the front of the technology industry, while maintaining their huge scale of operations, HP has to innovate not only its products but its processes. The use of in-memory technology to increase the speed of its operations is a forward-looking strategy.

In-memory computing has been described by Deloitte as “the future of computing”, in a report that highlights the four main potential benefits of moving information traditionally held in mechanical storage into fast-access memory: performance, by reducing analysis times from hours to potentially seconds, process innovation, by enabling the creation of wholly new applications taking advantage of that boost in speed, simplification of data models and flexibility to add data sources and modify the analysis, to run scenarios over and over in the time it takes to run a single analysis currently.

Using in-memory technology, HP plans not only to speed up their analysis by hundreds of times, but revolutionize the way analytics can be used: for example by giving employees the power to run at-will analysis of financial information and receive results almost instantly, rather than having to request reports from the Finance function and receive them hours later, or the following day.

As the speed and power of in-memory computing moves to more functions throughout 2014, such as order management, and more applications, including data visualization and mobile apps, its impact is expected to be seen by the company and its customers.  To see how HP continues to innovate, download the Bloomberg Business Week Research report “HP Paves the Future with Real-Time Insights”.