The mood at the 4th SAP India Public Services Forum #SAPForum was upbeat, positive and engaging. An event that has now become the cornerstone of SAP India’s Public Services go-to-market strategy saw attendance from over 1200 delegates across the entire ecosystem of customers, prospects, influencers, thought leaders, partners. The entire SAP fraternity was in attendance. It has been gratifying to see the continued support of the Department of Electronics & Information Technology (DeitY) Govt. of India, #GoI_DeitY, to this forum right since its inception in 2011. What made this association even more special and surreal this year is that Govt. of India and SAP seem to be at similar inflection points in their existence, with a definitive commitment to make a difference in the new paradigm. 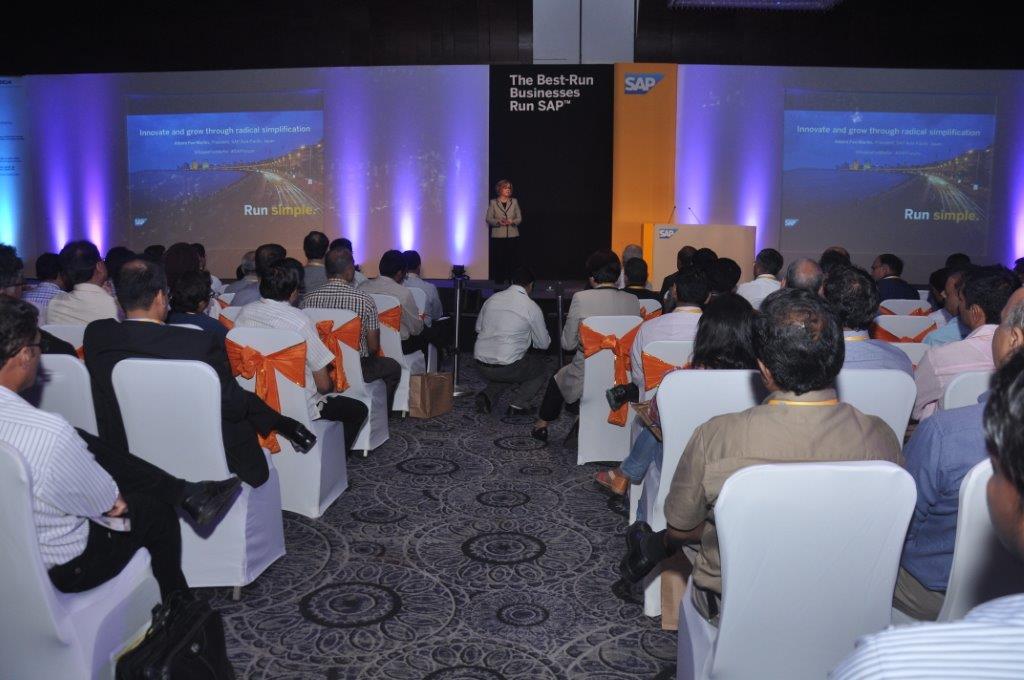 As SAP looks to reinvents itself as the cloud company powered by SAP HANA, its mission of “Run simple.” is not just a mantra, but a philosophy that is backed by a vision of wanting to simplify everything, so that its customers can do anything that they want to do. Help simplify complex business processes, so that user organisations, regardless of their size, shape or nature of activity that they indulge in, can make data driven decisions in real-time, by adopting technology in a consumption model that makes the best business sense to their organisation.

The “Run simple.” messaging couldn’t have been more relevant than at this juncture. The new Govt. in India has come to power on the back of popular mandate to deliver growth and all round prosperity in the most efficient manner. It intends to fulfill this promise through its stated mission of ‘minimum government, maximum governance’. Given the digital age that we live in powered by social media, technology today is not just an enabler, but has become a pre-requisite for citizen interaction with a generation that is ‘always on’ and has an opinion on everything, and when the Govt says Minimum Govt., it would involve analysing large volumes of data, to make informed and intelligent decisions in real-time. The discussion now is about adopting the right technology in the shortest time frame and one that help the Govt. monitor its course and progress, such that its policies & programs can deliver on their committed outcomes.

Looking back at the end of day’s proceedings, which were capped by some delightful experience sharing by practitioners in Government; discussions around perceived challenges in the new paradigm and the following deliberations around how their exists probable solution aided by technology and proper planning; one couldn’t stop thinking if “Run simple.” and “Govern Better” were two sides of the same coin.