What Leaders can Learn from the Ice Bucket Challenge 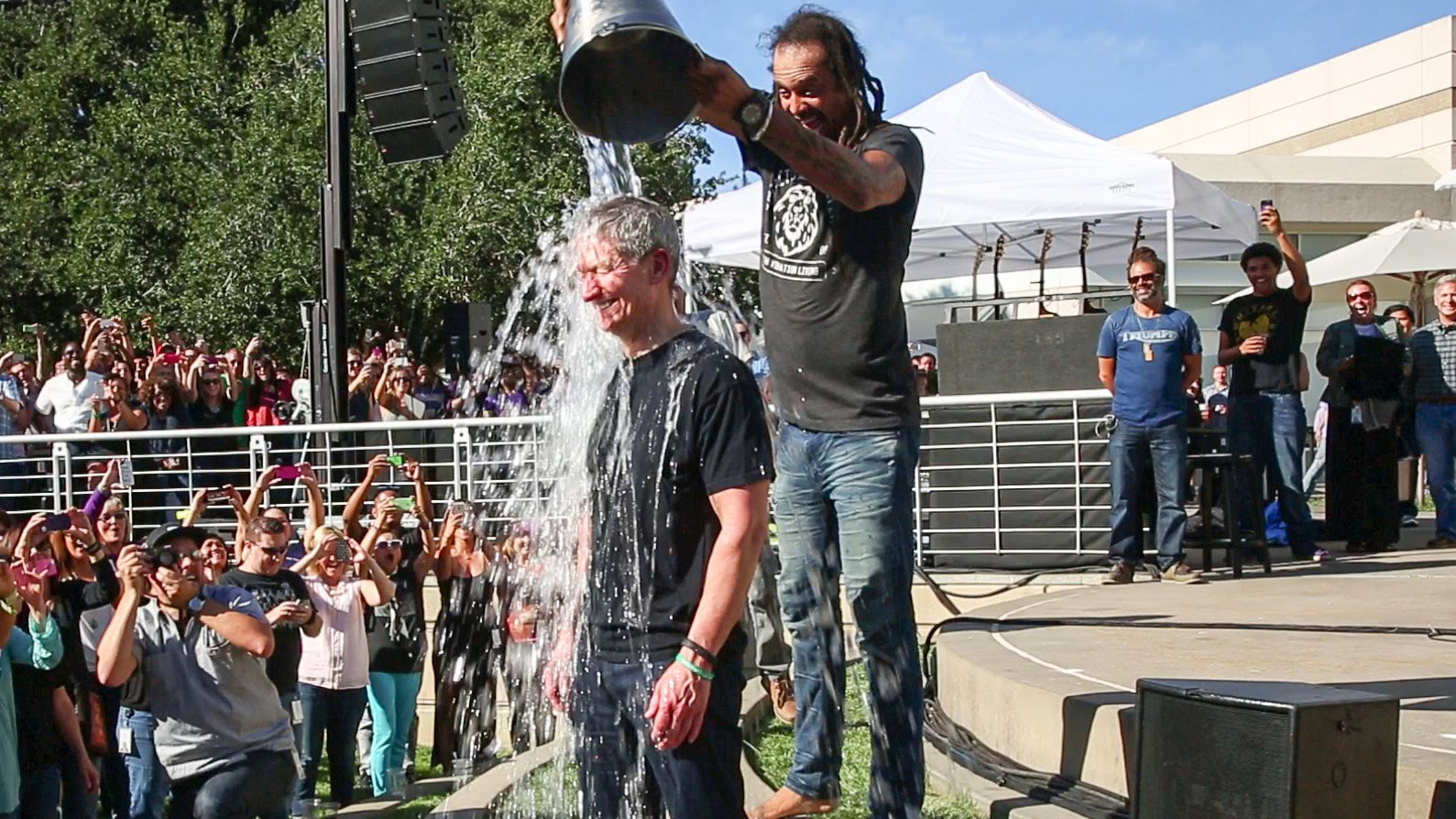 For the past couple of weeks, it’s been tough to avoid following the viral success of the ALS ice bucket challenge. Literally thousands of people have been dousing themselves with buckets of ice water for a great cause and challenging others to do the same.

Among those accepting the ice bucket challenge are some of the world’s most powerful and influential business leaders. Leaders who have stood alongside their employees while being doused with ice-cold water include GM’s Mary Barra, American Airlines’ Doug Parker, Apple’s Tim Cook, Amazon’s Jeff Bezos, Tesla and Space-X’s Elon Musk, Disney’s Bob Iger, General Electric’s Jeff Immelt, Microsoft’s Satya Nadella and others.

As you watch the videos of these leaders getting doused with water, you can’t help but notice an underlying tone. These are people who lead some of the largest organizations in the world. They’re always proper and “on-script”, yet for the few seconds as they cringe from the shock of the ice water, you see their humbleness and vulnerability. For those few moments, you see them as equal, you see them as “human”; as much a part of the team as anyone else.

At a time where employee engagement is at record lows while disruption and consequently change become the norm, the ice bucket challenge brings out a side of leaders that employees don’t see too often anymore. We live in a world of hierarchies and corporate jargon that often abstracts a leader’s personality in the workplace, though we should be doing the opposite: bringing out the authentic, yet sometimes vulnerable person. A human being who earns their place in leadership and goes to battle with the front lines.

Today’s most successful organizations compete on open and innovative cultures that are receptive to new ideas and change and can execute with speed and agility. With the talent war for a limited pool of top performers, promoting this type of culture begins with top-level executives who demonstrate consistent openness and responsiveness by humanizing their employee interactions and going “off-script”, showing empathy, compassion and creating an unobstructed flow of communications that builds an open and innovative culture.

While executive humanization isn’t taught in MBA courses, a growing number of leaders are quickly realizing that humanizing their interactions with staff advances the pace of change, retains top talent, and instills important corporate cultural goals.

While you don’t need to spill a bucket of water on your head to earn credibility as a leader, now is the time to consciously take a look in the mirror and ask yourself if you are being as human as you can at work.

Are you consistently building mutual trust and credibility or are you viewed as unapproachable? The solution is both simple and hard – be human.