In this example, it is described how the data in xml stream with table structure is merged into word template:

You should have gone through Understand how the word template is merged with xml data stream – part 1 – Simple structure before you start with table merge.

You could find the template and xml data file used in this example from attachment.

The same as the step in simple structure merge.

Merge step2 add necessary namespace to every node in xml

The same as the step in simple structure merge.

The xml node is further enriched with attribute Loopcount and Path, which are especially used for render data with table structure.

See how the xml source looks like after method call:

This method will create a new attribute sapvartype with value “T” for those node in xml source with table structure:

We identify the current node ( n0:Z_JENS_GET_MORE_COMPLEXResponse/n0:ET_ORDER/ ) is a table node by querying attribute sapvartype with value “T”:

And we know from the attribute Loopcount added in step 3.1 that currently there are two Item nodes in xml, which means we need to dynamically generate two new rows in the word template to display the table data contained in xml. We can achieve this by cloning the existing row in the word template which contains the mapping information.

the cloning is done in this method:

Have a look at the word template source code after method call: 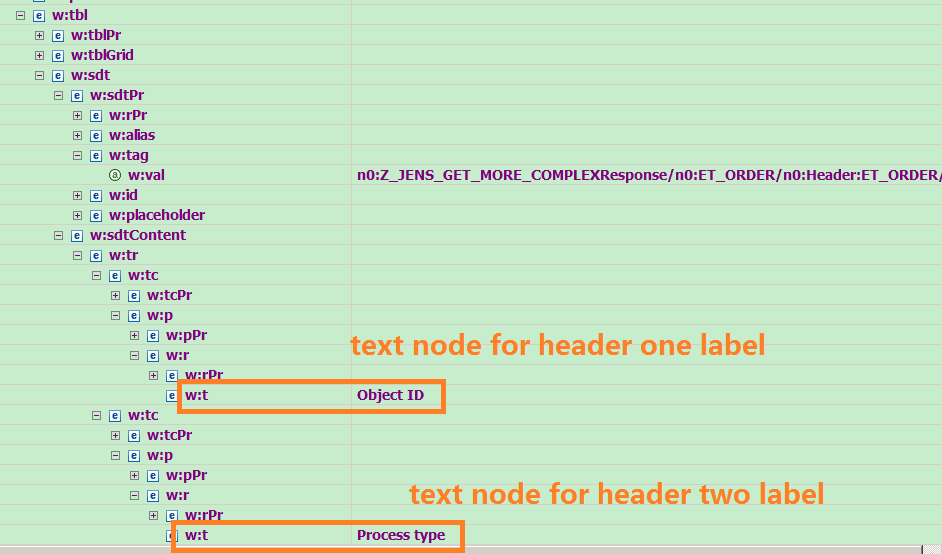 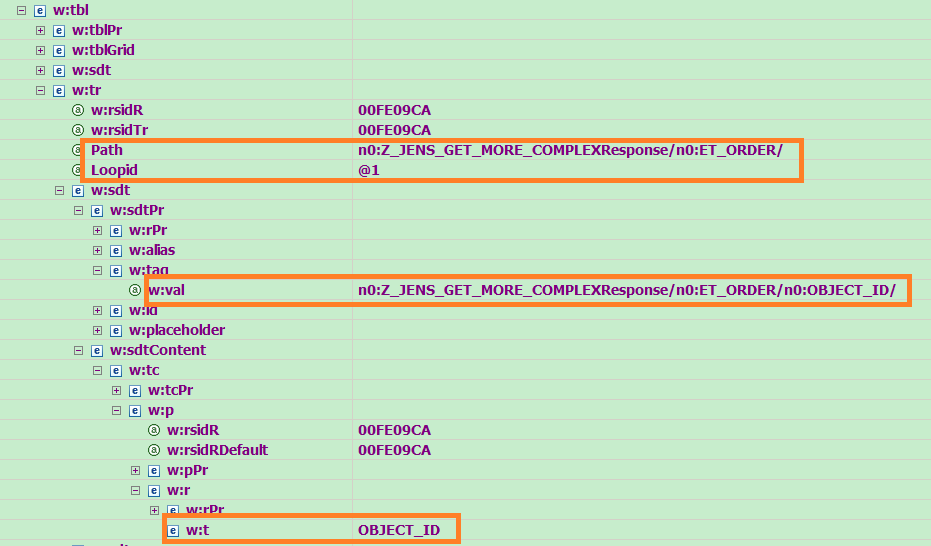 The left stuff is the same as the step for simple structure:

1. get the dom element node which is to be filled by each table structure field in xml data file:

You should find from document source code that all table row fields whose data are filled from xml data file have a new attribute saprtvalue with value X. 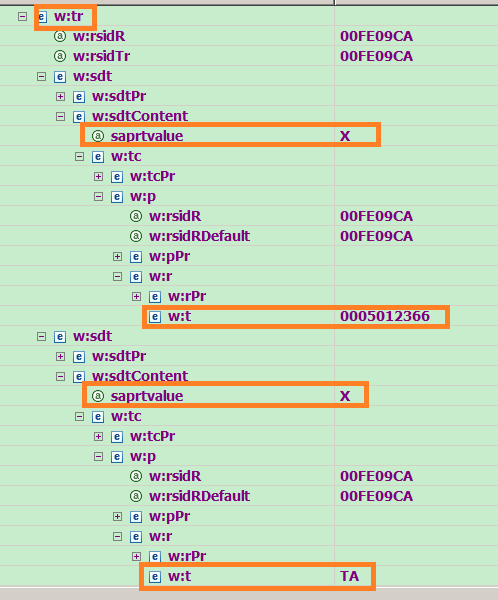