Recently, SAP’s UX history flowed in front of my eyes as I implemented our first Screen Personas 2.0 within a customer ERP system and our ERP system.

Then I decided to write a brief history of SAP User Interface Tools/Technologies provided since my SAP life.

In early 2000’s when the .com era started, SAP also generated first colorful solution for enabling web interface for R/3 systems (it was not called SAP ERP at that times).

All effor was to provide a fancy and unified interface for multiple backend systems. 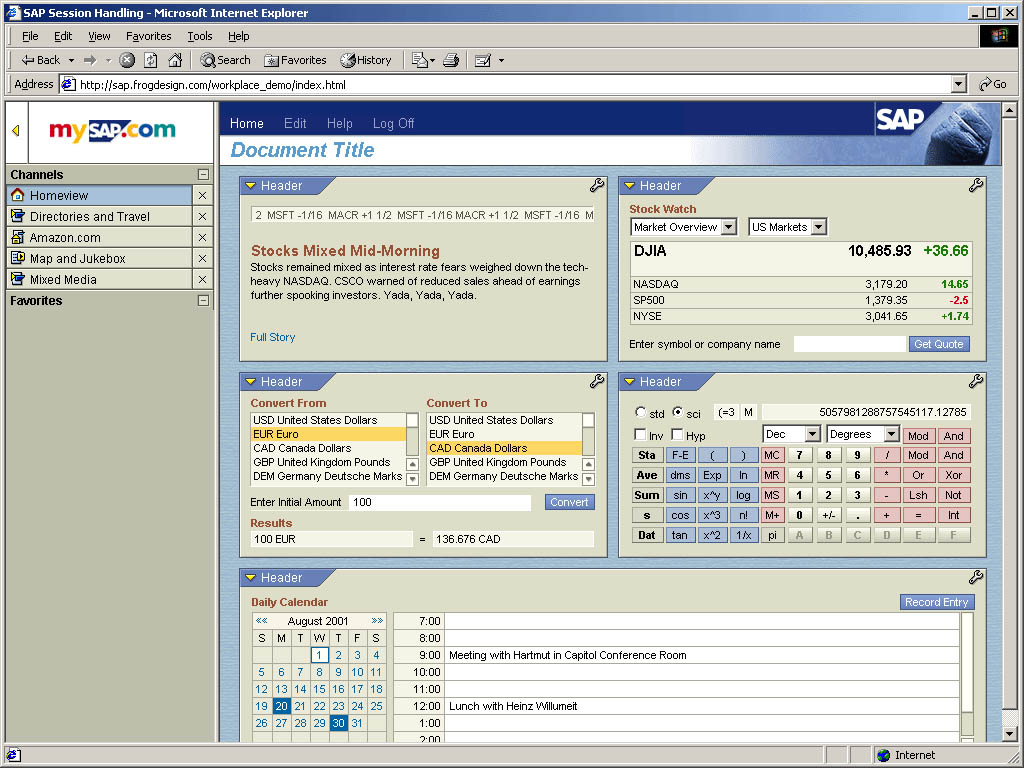 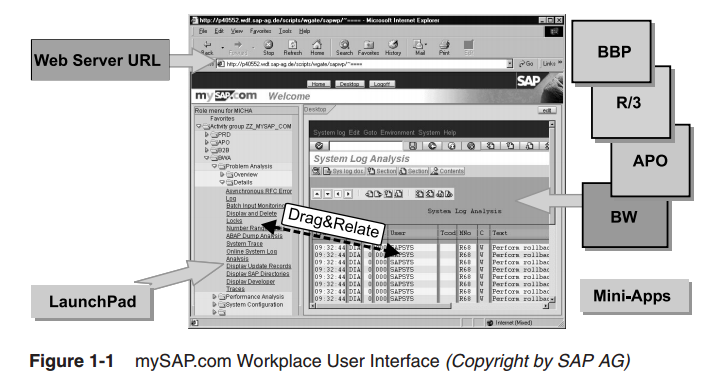 Then SAP invested on a solution called Internet Transaction Server (ITS) which enables SAP screens to be directly rendered to web pages without need for a single line of coding.

It was first working on only Windows based servers, but I guess, when Microsoft acquired Navision to build their own ERP solution, SAP decided to port ITS on Linux Servers too. Then, as you know they attached the ITS engine into SAP Kernel starting with NetWeaver 6.40.

It is possible to create custom ITS applications (IACs) apart from the ones provided by SAP for testing, and ESS&MSS.

I worked with SAP Workplace, then Standalone ITS (W-Gate, A-Gate) in early 2000’s and then tried something with SAP EP 6.0. But until 6.0SP2 (base of NW 6.40), it was not possible to provide a good interface for end users. I have to confess that creating custom ITS applications were good solutions for that decade.

We had this portal but mostly solved unifying SAP backend web based access via ITS and Knowledge Management for unstructured information management, such as office documents.

Starting with NetWeaver 6.40, we’re able to write custom applications on an SAP technology runtime (AS Java) which had native/natural integration capabilities with SAP interfaces such as RFC. 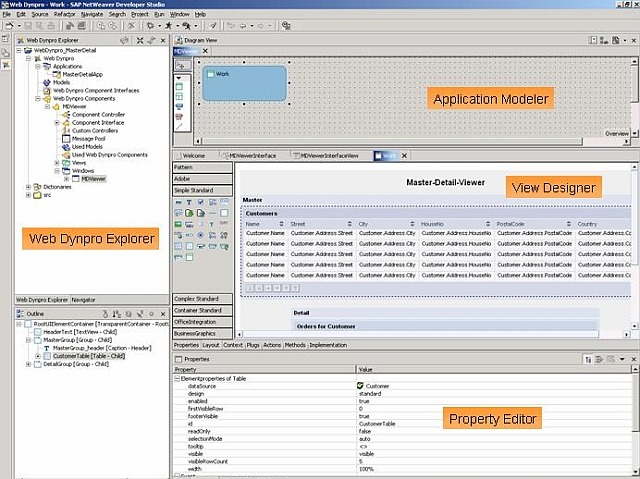 Until that time, we were able to create first B2B portal project with ASP technology (not ASP.NET) by using SAP .NET Connector as a middleware.

Our company (FIT Solutions) created first project with this NetWeaver 6.40 Portal for creating a Supplier Portal for a customer. 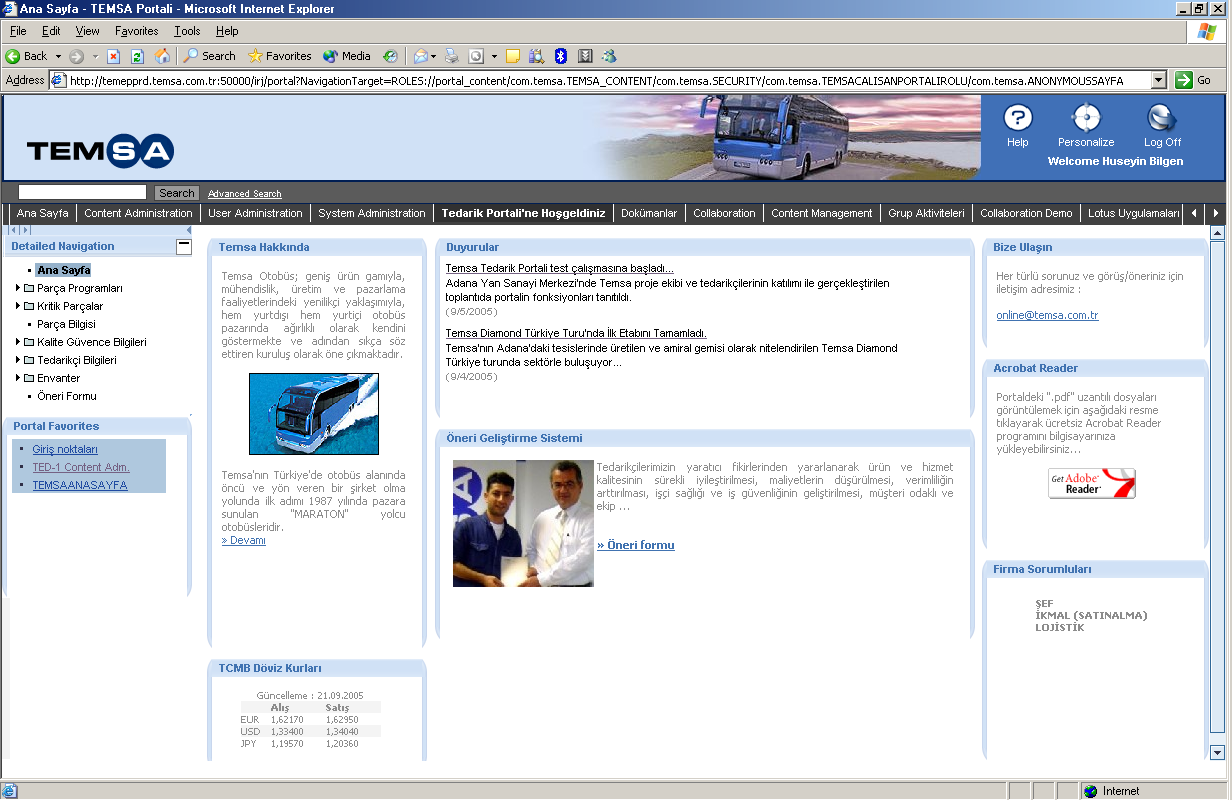 Then a new era started in Turkey market and everyone (All Partners, even SAP Turkey) saw the opportunity to provide a good user interface for SAP ERP or other systems. We implemented more than 50 different projects for more than 30 customers to create user friendly and attractive user interfaces for  traditional ERP screens.

We educated our partners so they enabled to implement SAP Portal projects for the last 10 years. Did not count them but.

5 years ago, there was another initiative called Duet to integrate common ERP, CRM, SCM transactions with Office tools like Outlook, Outlook Calendar and Excel. We created demo environment for Duet 1.5 within FIT Labs and everyone liked it. The missing part was to implement custom transactions. So we waited for Duet 2.0. 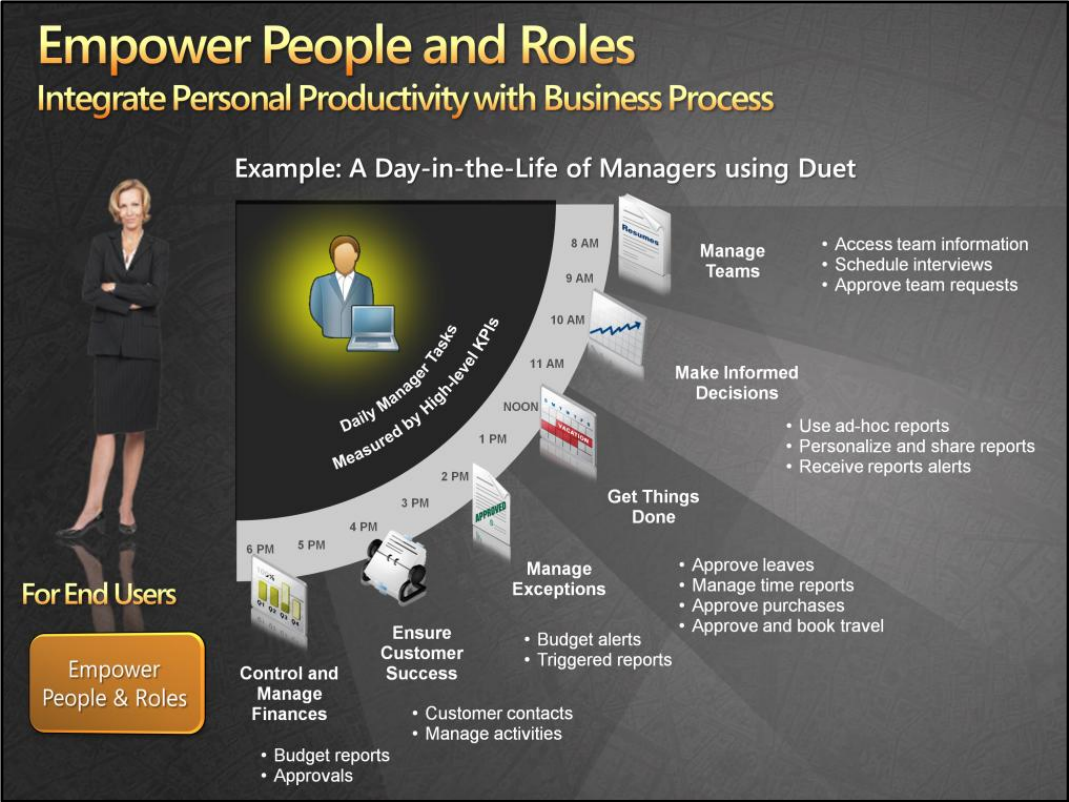 But Duet Enterprise 1.0 borned which is a solution for customers who are using SAP Business Suite and Sharepoint Portal. So, we let Duet to get out of our life. 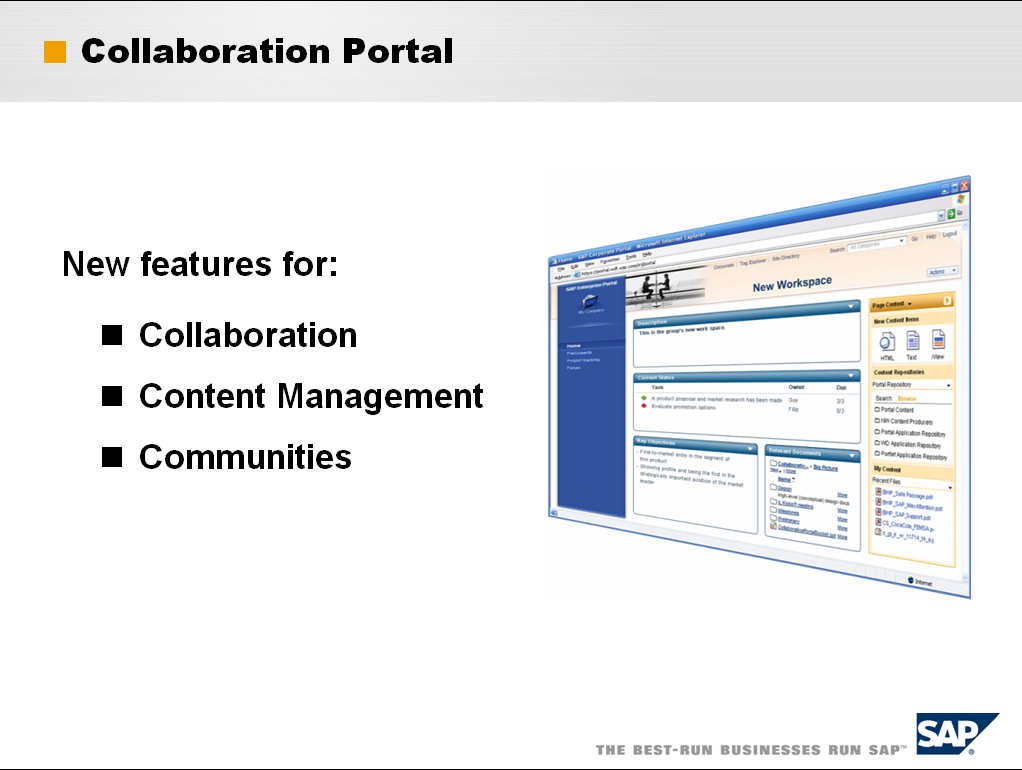 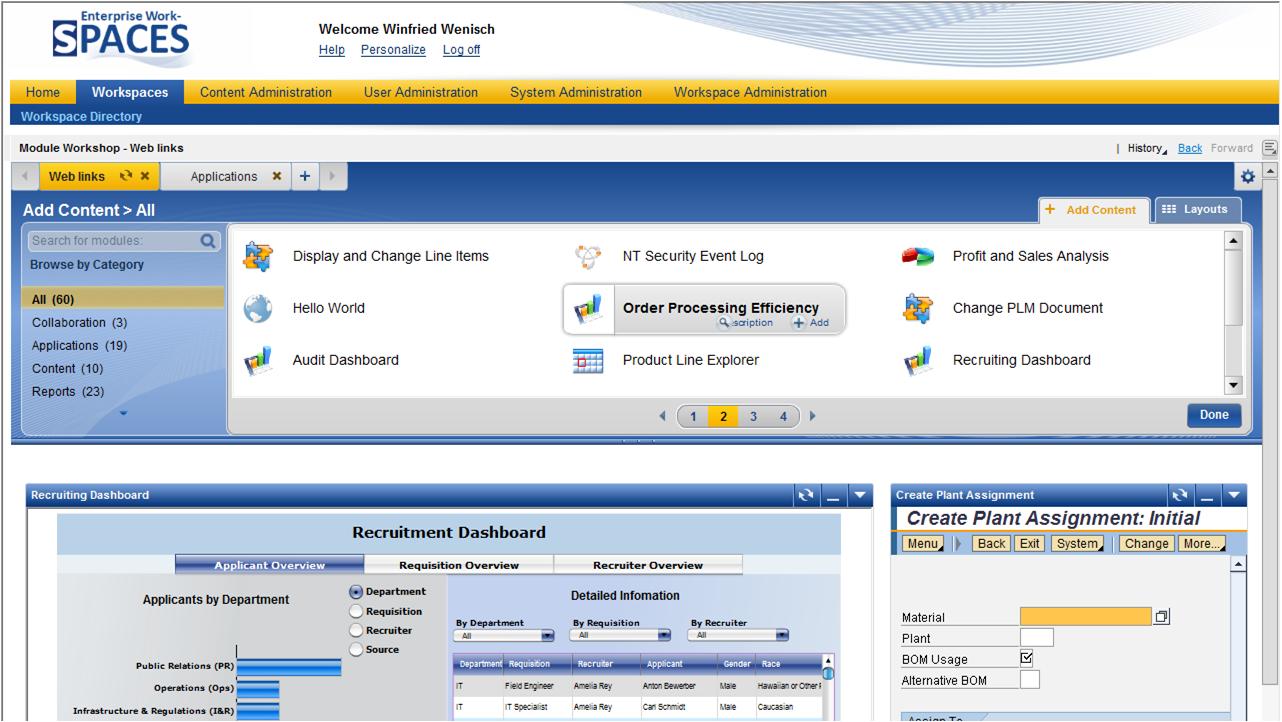 In parallel, SAP realized that their investment to KM is not valuable, so they decided to terminate investment on Collaboration Features of Portal and let OpenText Addons SAP Portal Content and Site Management by OpenText do it. 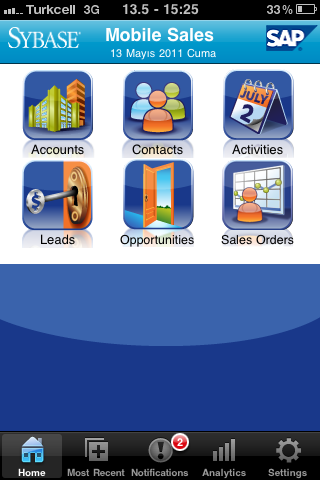 Then, mobility started to be common topic we’re talking as iPhone 3G/S entered the market and then SAP acquired Sybase. Then iPad borned of course.

We tried to persuade customers that everyone will use mobile devices to do most of their business tasks within or outside company.

We implemented first Sybase CRM Sales for SAP CRM in Turkey which taught us the SUP, NW Mobile 7.1 and CRM.

SAP made a good decision to seperate the UI technology roadmap from product roadmap by putting UI related technologies into seperate addons applied to ABAP and Java based application servers. Of course, there will be dependencies to SAP_BASIS and Kernel releases, but this was a good attempt from SAP.

Then we get Personas as a seperate product which allows us to modify standart SAP GUI for HTML screens to make them more user friendly.

In İtalian language, Fiori means Flowers. SAP now provides Responsive (What is Responsive?) UX to customers. When first announced, Fiori was seperately licensed, but in the last SAPPHIRE, SAP announced that Fiori apps will be FREE-OF-CHARGE to SAP customers. 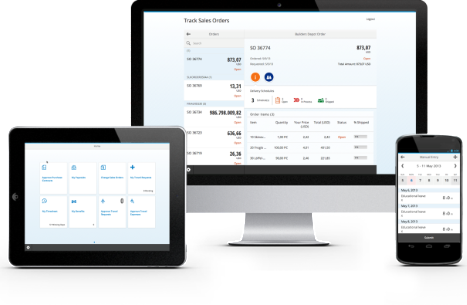 Now, SAP provides more than 300 applications (some only runs with a HANA DB based Suite applications).

We’re happy as Partners that SAP is investing on UX technologies more than ever.

Thanks for sharing, nice summary. One comment. You use the word Interface without using the word User in front, I wonder is that intentional? Usually Interface alone usually means interfaces between systems.

Thanks for feedback. I updated the "Interface" with "User Interface" where needed as you have a good point 🙂

Thanks for sharing. Nice information

You take me back to those old years, I closed my eyes and thought what was missing. May be sapgui for java on linux/unix clients and nwbc should be mentioned as well.

Nice one, hope that now people will understand that a new ui-technology is a normal evolution process...

SAP Engineering Control Center (ECTR) should also be added to this list.