When dealing with projects in a Solution Manager system, one can face different kind of issues related to transports. One of the most common barrier for a beginner user is to try transporting a template project between systems, but not being able due to the fact that the template project was initially created as LOCAL(within $TMP package).
To better illustrate this scenario and advise on how to act in order to transport the template project, I’ve prepared a hypothetical situation and documented it step-by-step.

Access transaction SOLAR_PROJECT_ADMIN and select the template project which will be transported.

Then navigate through menu “Project -> Transport”. Proceed with the transport parameters.

At this point, you face an error informing that the templates could not be included in a request. 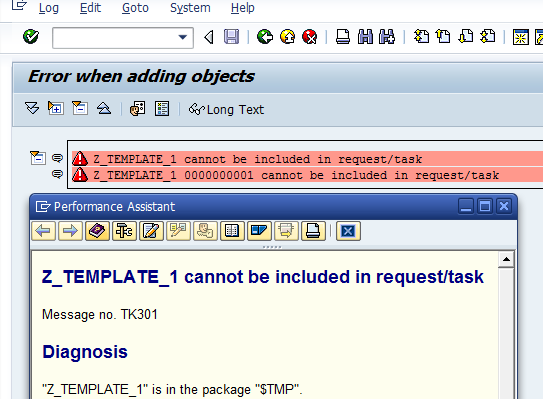 This happens because the templates assigned to the project are stored in a local package(in this case $tmp).

To proceed, we’ll need to select all the objects in that request and assign a transportable package for them.

You’ll need a transportable package to collect the template project. For this access SE80, enter the package name and try visualizing it. A popup will appear informing it doesn’t exist yet and asking if you want to create it. 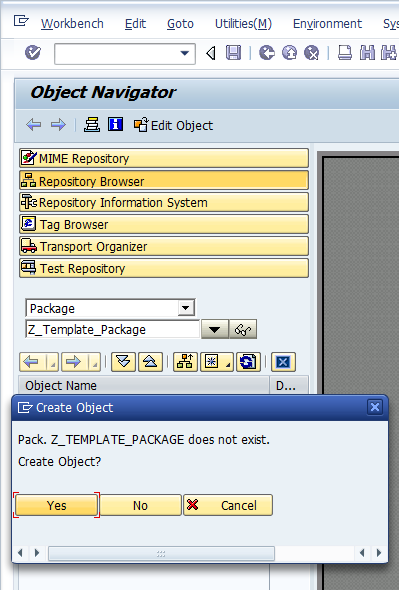 After proceeding, the package will be created. 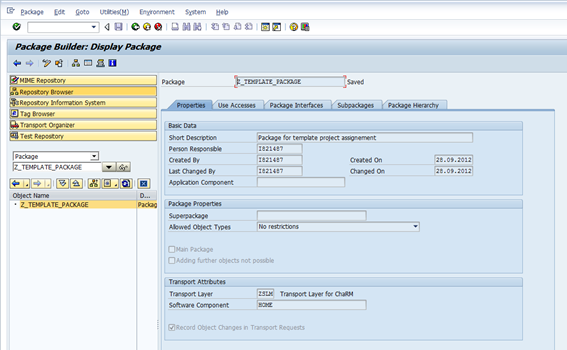 Assigning the templates to a transportable package 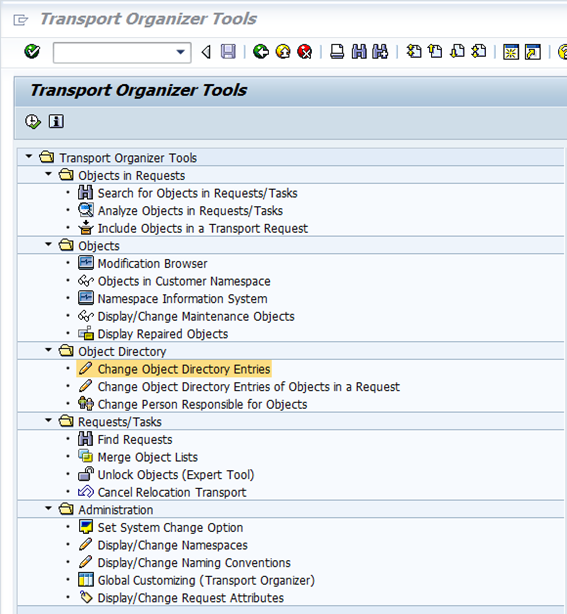 Then  in the selection screen select:

In case these lines are not there, you can add it. 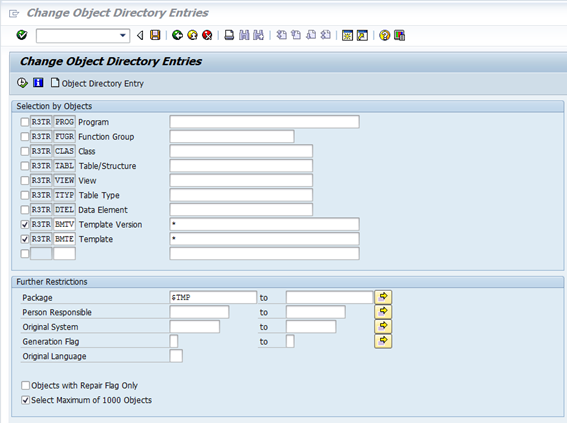 So select the $TMP line and press the button “Select/Deselect”. 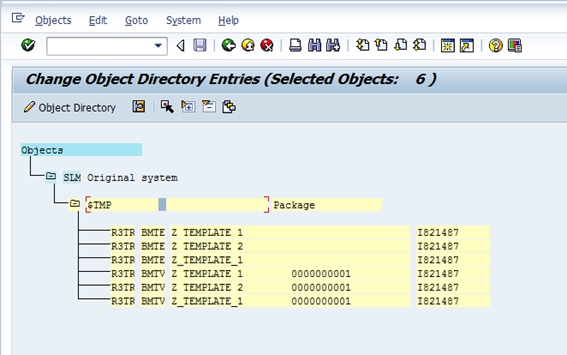 Then Select the option Objects->reassign. 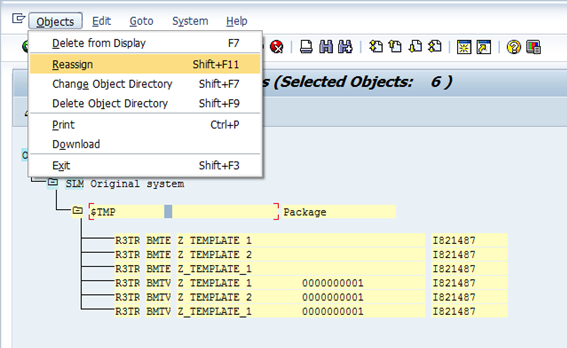 After this the templates will all be assigned to the new package. 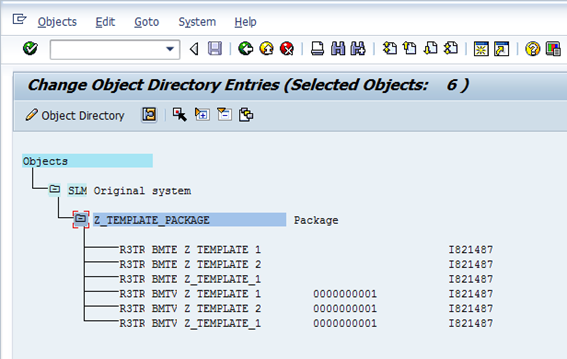 Assigning the structure of the project to a transportable package

Now it is necessary to assign the structures of the project too. For this, there are two possible options.

Create a tranport request in SOLAR_PROJECT_ADMIN for this template project. It’ll work but the objects will remain in $TMP.

Then in SE03, select the option “Change Object Directory Entries of Objects in a Request” Afterwards, as a last step open the request in change mode and delete manually the object R3TR DEVC $TMP, so that the request can be released.

I personally prefer this option as it is a bit easirer.

Make sure that note:  ” 1694337 Error message TK301 when you transport a Project” is implemented, or at least it’s correction code is in the source system. 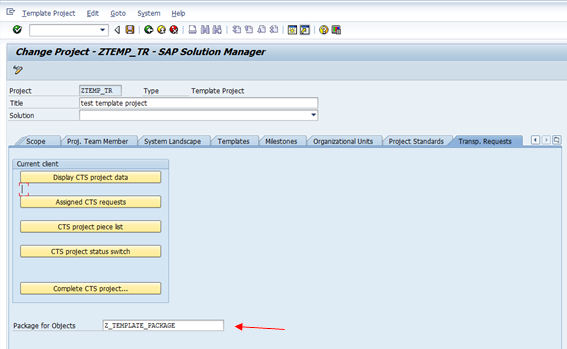 Then, in SE38, run report  “RSOLAR_PROJSTRUCT_UPDATE_DEVC”, enter the project’s name and run. 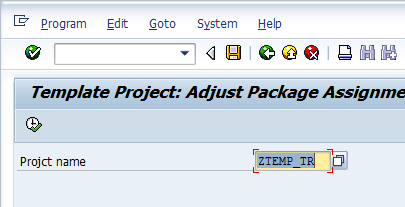 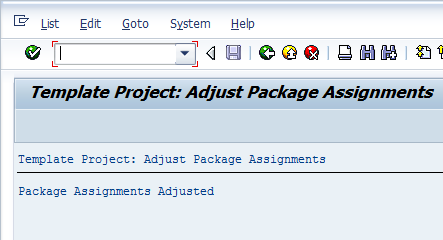 As a last step create the transport form SOLAR_PROJECT_ADMIN.

Important: Have in mind that the second option is the best one, as after one has implemented note  # 1694337 – “Error message TK301 when you transport a Project”,  there is no need anymore to change the templates  “R3TR   BMTE” and “R3TR   BMTV” manually anymore, as this is done then by the report.