At last week’s Lumira webcast someone asked if navigation attributes are supported when accessing BW InfoProviders.  So I thought i would try it. 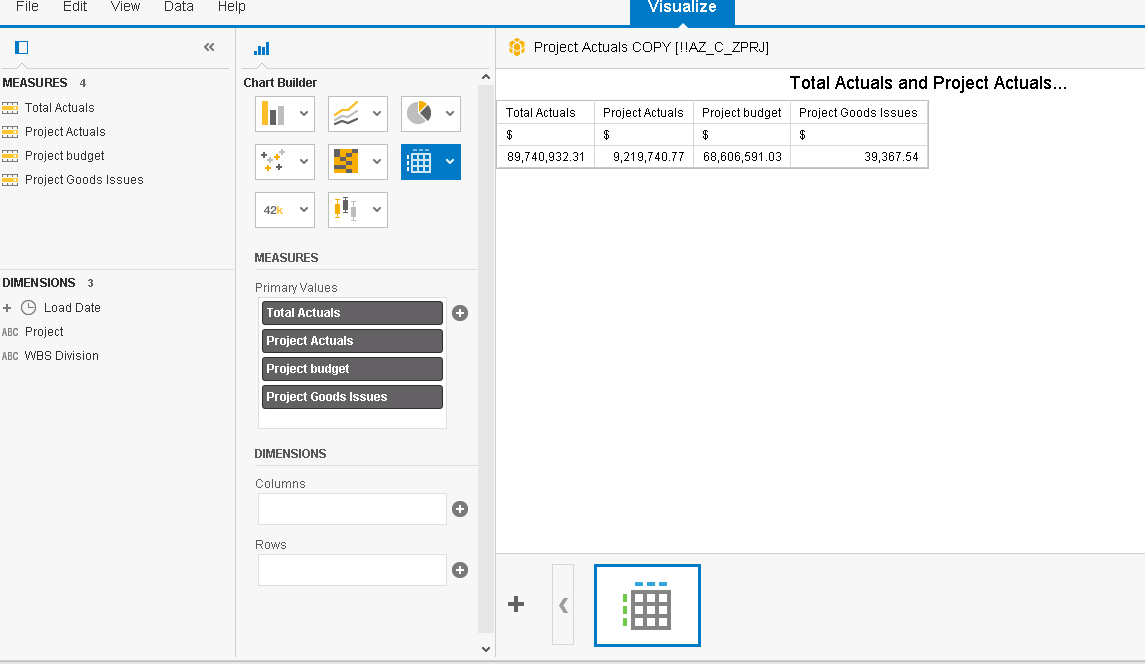 So when accessing the BW InfoProvider you can see everything comes back aggregated with one result set. 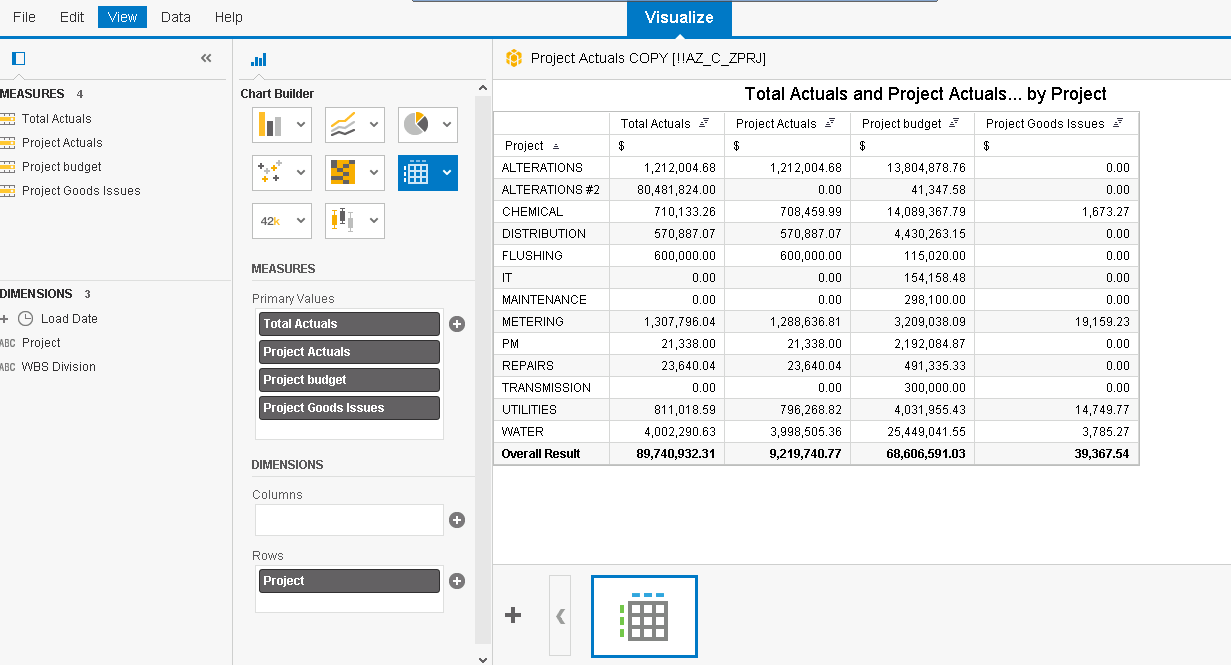 You can then drag over the characteristics / dimensions.  So the answer is yes, this is supported.

However I don’t recommend using InfoProviders as a data source to Lumira as I don’t see a way to filter the results.  So to me there’s no point going against the InfoProvider (my opinion) – use the BEx Query as a datasource instead and take advantage of the variables.

Next, since Lumira supports BEx Conditions, but does it support BEx Exceptions?

I tried this next: 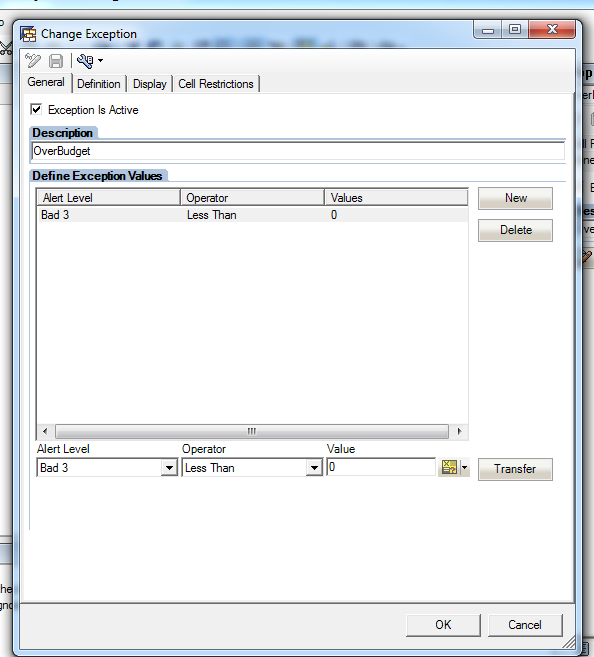 I have the BEx Exceptions defined in my BEx Query.  If the balance of the budget is less than 0, show an alert level of “Bad”

Does it work in Lumira? 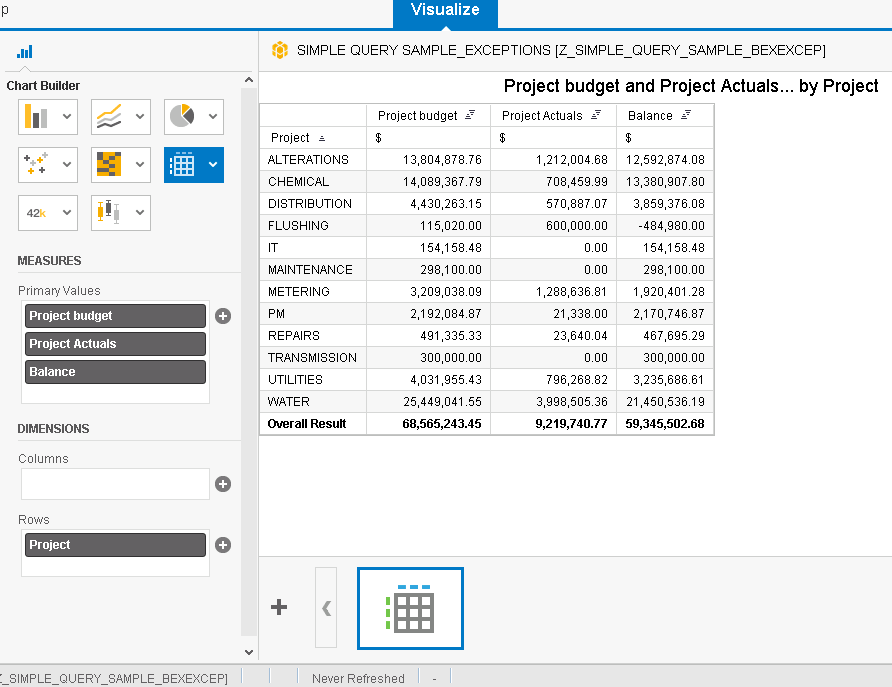 It doesn’t seem to work as the FLUSHING project is over budget with no alert.  I’ve posted something in Idea Place at Support BEx Exceptions in Lumira : View Idea