SCN Daily: Influencers, Mojo, Edges and How it all Works

By now, we hope you’ve already seen the latest addition to the SCN Homepage: Daily News from the Influencers.

If not, be sure to check out the SCN Daily News and read this blog post announcing the details of the launch for more background on why we decided to add this cool feature.

Regardless, we thought you might be curious about how the Influencer Network on the Daily actually operates.

The Sociative* platform (on which the Daily is built) finds key influencers and their networks around specified topics in the Twitter stream, applying proprietary analytics to determine influence metrics, and from these, identifying the most relevant stories on any topic at that point in time.

The platform “seeds” the process by starting with a relative handful of known influencers within a given topic. Crawling the Twitter stream reveals their network connections, which continues to spider out over time, gathering the vast majority of influencers across that topic.

Once an influencer is known, the Daily can pick up their Twitter profile.  (Note: Sociative has the capability of gathering the same from Google+, but at this time Twitter has proven to be fully effective for the purposes of producing the Daily News.)

What the heck is Mojo?

Mojo is Sociative’s term for measuring relative influence within a given context or topic. It is a complex, proprietary metric, based primarily on one’s ability to be effectively recognized on that topic. Think of it as an “attention ecology.” That is, who is paying attention to whom, and, more important, how much. There are many cues that can be observed that aggregate into an influence metric — what we call “edges” or points of contact.

Mojo is a “normalized” metric in the sense that the person with the highest mojo at any time is assigned a mojo of 1,000, and all others are measured relative to that. It depends on how far down the influencer list one goes. A popular topic might have hundreds of influencers who are widely recognized and followed. Others might have a few dominating influencers followed by a rapidly diminishing cohort. 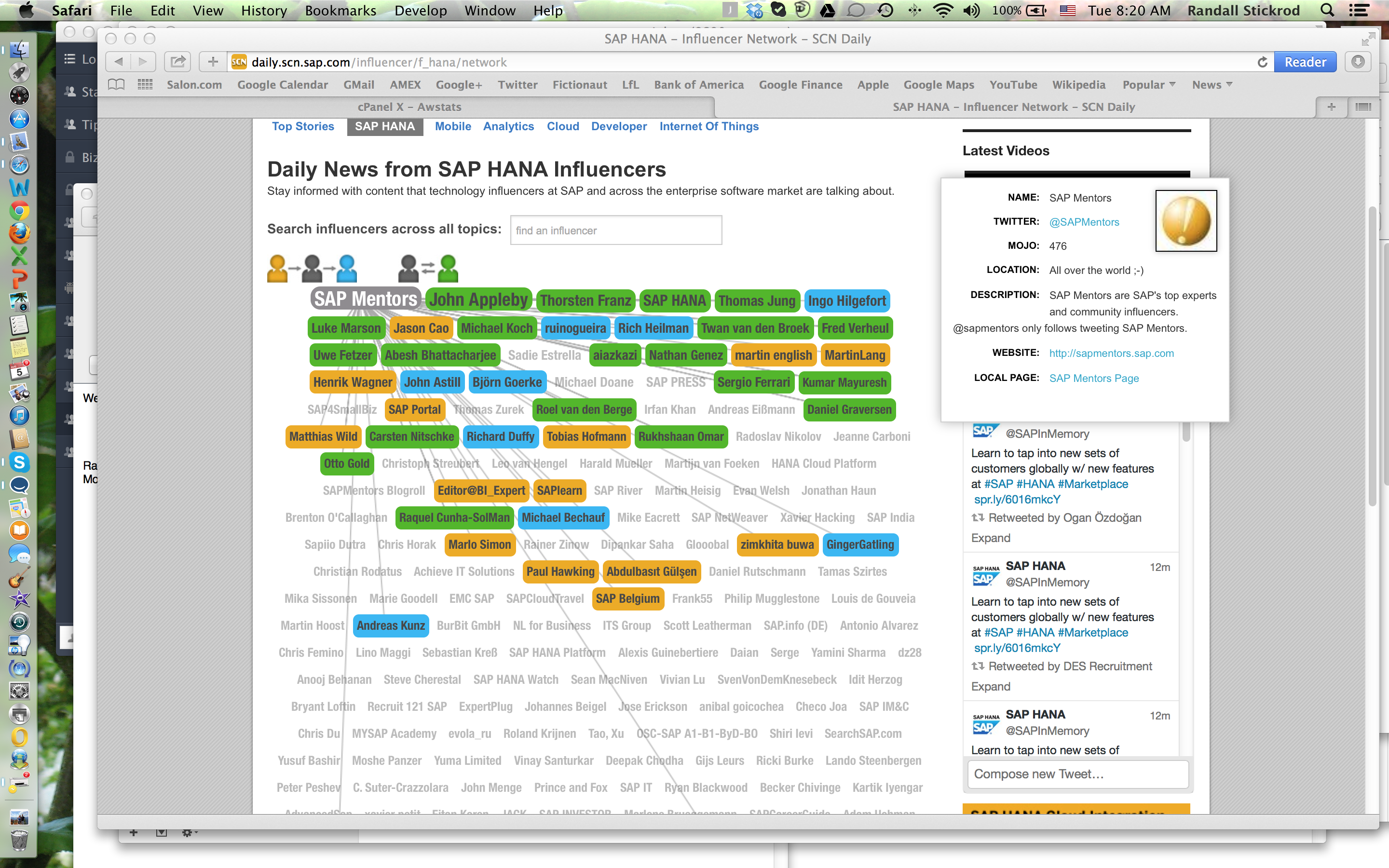 So, why does Mojo matter? It affects how the stories are ranked. An edge says this person is paying attention to that person, which means we’ll see different individual mojo in different areas (or the different subject tabs) because of the edge data.

We hope this helps you understand the underlying logic and structure behind the SCN Daily platform. Please feel free to comment or query below. We, as always, look forward to getting your feedback!

Be sure to visit the SCN Daily, well, Daily!

*Sociative is a San Francisco-based company started by veterans of the computer graphics industry with the objective of developing new tools to better reveal how influence is propagated on the real time web and the flow of content surfaced within networks of influence.