Sometimes we have done comlex dynamic action with many conditions and own subroutines. And this black box doesn’t work with any message 🙁

Fortunately we can debug and see all results.

I performed hire action and got results. 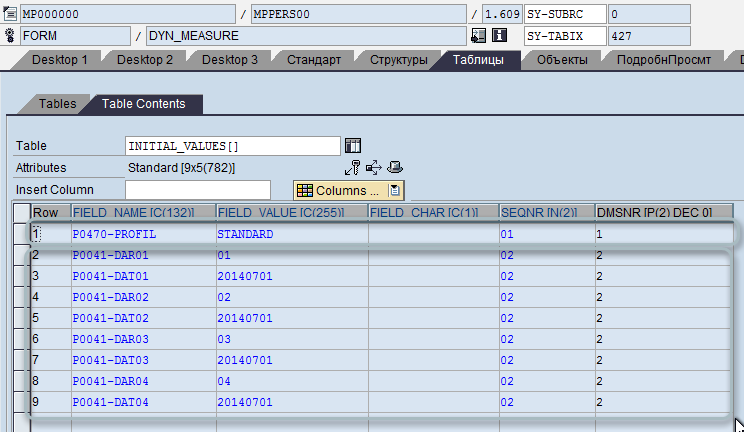 We can see values for two dynamic actions from t588z