I like the way SAP has put in some efforts to explain ABAP in Eclipse (AIE) IDE as a tool for ABAP development.

The feature explorer view helps as a good onboarding tool for developers to understand the new shortcut keys (or hotkeys if you want to call it).. 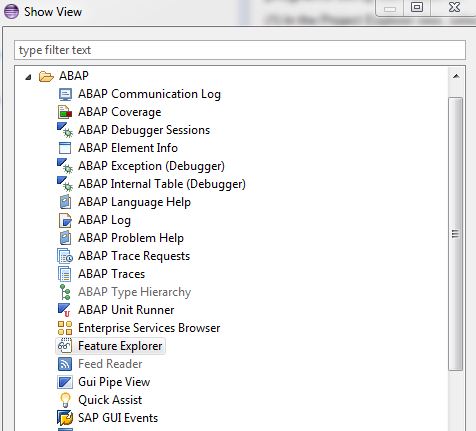 I have ABAP for Eclipse – HANA development installed. For clarity, I would like to provide the version installed. 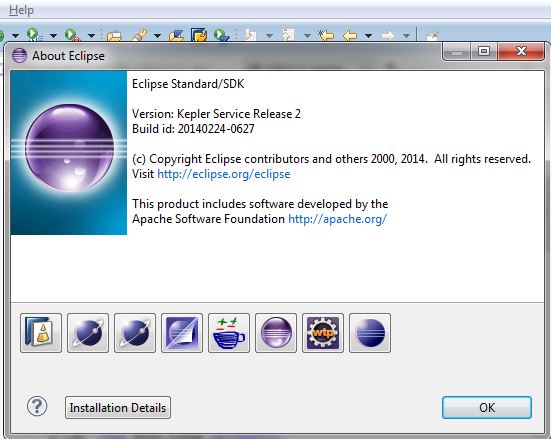 ABAP has been my favourite programming language since 1998-99. It is simple and offers great debugging capabilities.

I’m sure, it is really a challenge for SAP to bring in similar features in AIE, but I’m sure it is a question of time. 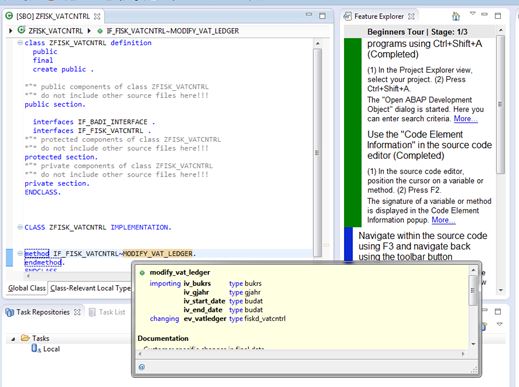 the F3 to go back is just great, but there are of course lot of other features that I wish

the AIE has to bring in. To simply put this, there are many points it has brought in

to provide a seamless experience for the existing ABAP developers, which I beleive is

critical. Although I see the direction is headed towards that point. The “Where-used” is one great feature I love it. 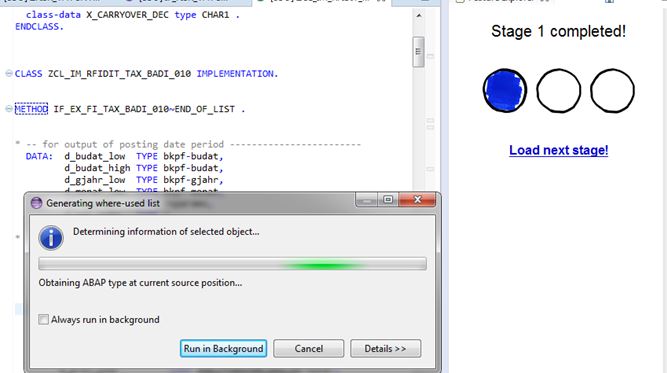 It does provide the inline code completion feature, which is again great.

bit tricky though here in AIE, but I need to spend more time there yet.

Having said, there is a lot of room for SAP to look at simplifying the tool further, providing the motivation for new

(and existing) developers to use more AIE for development.