Something different…….Help me Save a Bear today

Some of you – those who know me for some time now – might know that since I moved to Canada (2004) I also support a non-profit organization that takes care of injured or orphaned mammals. So that means from as little as a squirrel up to black bears.

The organization is called Critter Care Wildlife and is really close to my heart.

The organization is 100% based on donations and volunteer help. 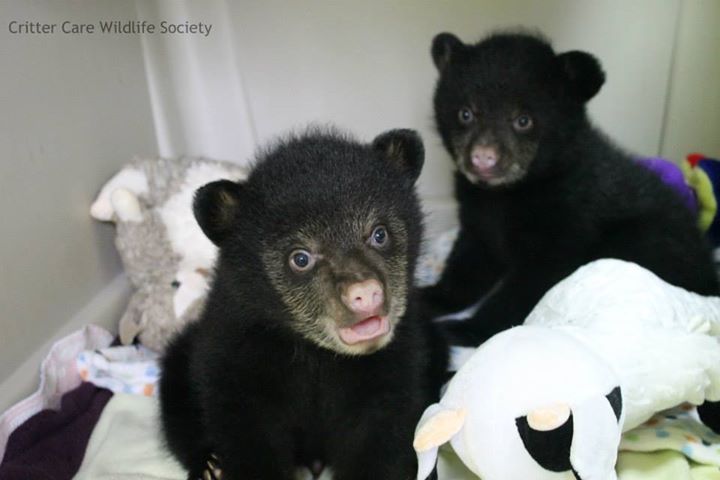 To give an example how much cost is involved to actually raise orphaned bear cubs – such as Romeo and Juliet :

So you can do the math now, to raise and release Romeo and Juliet back into the wild where they belong will cost us 9.000 $ at least.

That is only Romeo and Juliette and we already have a total of 6 bear cubs for this year and many other animals.

The first bear cubs of 2014 arrived on March 17 from Revelstoke, BC. Early in the morning a group of loggers showed up at their logging site to find two little bear cubs out stumbling around. The owner of the company shut down the site and left the two cubs to see if mom would come and collect them. By 3pm the cubs were still there. They looked around for a den and any sign of mom, but found nothing. So Critter Care took the cubs into care. This brother and sister duo will stay with us for about 15 months (till June 2015). The family that was responsible for their rescue named them Romeo and Juliette

So why am I writing this hear ?

I thought of using the “power of the community” and I did setup a small fundraising site using T-shirts. Each T-shirt will help to feed Romeo and Juliette and bring them closer to become “big bears”.

So – if you think this is a cause worth a small amount of money, order your T-Shirt and wear it with pride (I will do for sure !).

Here is also a short video about the organization:

what if we do not reach the goal to reserve 500 Shirts. Might it not be better, if I could order it without having a minimum orders?

In any way, such organisations are really important and thank you for bringing this to my mind.

we're at 47 and there are 6 days left till the end of the countdown. Could get a bit tight. 😀

I just visited the homepage of the Critter Care Wildlife Society and there is a possibility to donate directly via Paypal. So, IF the t-shirts won't happen (reserved mine today), then I'll definitly donate via the page AND I'll give another 10 Euros, if we get to see you as racoon anyway. ^^

I just ordered a t-shirt - thanks for letting us know about this!