Top 5 Wearable Techs You Haven’t Heard of Yet 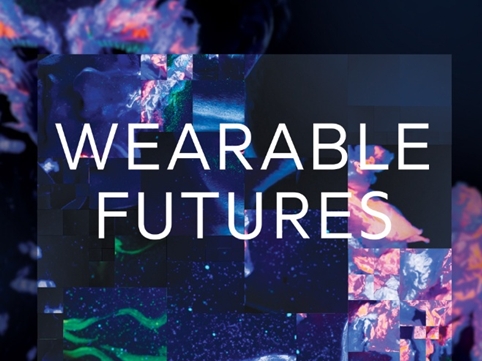 When you were a kid did you ever imagine that life someday would be like an episode of The Jetsons? If so, you’re in luck.

Forecast calls for 19 billion connected things by 2016, and the wearable technology sector is set to skyrocket from $3-5 billion in revenue to $30-50 billion over the next 2 years. The economic impact estimates as high as $14 trillion over the next decade (AllthingsCK.com). The products in beta and those already created are leading in the market. Fitbit fitness devices are available in 30,000 retail stores across 27 countries worldwide (Amazon published rankings). Google Glass expanded with Google Contact Lens. And the market for jackets that navigate, dresses that change color with mood, and bras that can track your heart rate are popping up everywhere.

Would you wear it? Below you’ll find five of the most interesting wearable techs currently on the market. What do you think?

Forget about the domestic dispute between Jay-Z, Beyoncé, and Solange for a second, and think back to the other guests that have attended the Met Gala through the years. Did you catch Katy Perry’s light up dress? The innovation geniuses at CuteCircuit were behind it, and Katy was glowing (no pun intended).

CuteCircuit is also the brain behind bride and groom outfits that digitally connect. They are made out of conductive silver fabric that creates a connection when the couple kisses, triggering a private message on the linings of their garments. If you really want to be the center of attention on your wedding day, put on an illuminated dress.

Naturally if there is a FIT band to track human health and fitness levels, it’s only natural that humans would invent the same for their pets. Having a dog is just like having a child after all, right? With FitBark, a tiny smart activity monitor, you can better understand your dog’s health and behavior. You can share your pup’s activity report with her vet and compare her with other dogs also wearing a FitBark. The best part? FitBark can connect to human fitness trackers to ensure that the puppy is at least as active as its owner (or vice versa for those of you sitting in a desk all day).

Just kidding, it’s not a bra, but it sure does look like one. European rugby pro, Trent Hodkinson ripped off his shirt to reveal a high-tech athlete-monitoring device made by GPSportInternational. Players base their recovery and training methods on the information provided from the unit. But if you thought Victoria’s Secret was pricey, this vest weighs in between $2000-$3000.  Maybe Seinfeld was onto something with “The Bro.”

Wearable Experiments created a jacket that actually navigates its wearer through New York City. The jacket works in tandem with an app to steer the wearer in the right direction. LED lights on the sleeve visualize the route and either the left or right sleeve vibrates when it’s time to turn a corner. If this jacket makes it main stream, imagine how much easier the life of a traveling student would be. Ditch the map and put on your jacket.

Mink. No, not the furry creature seen hanging on your grandmother’s coat. Mink is the name of a prototype 3D printer created by Harvard grad, Grace Choi. Targeted to be the same size as a Mac Mini and under $200, Mink enables people to print make up (eye shadow, blush, lipstick… you name it) right from their home. The product targets girls 13-21 who are still experimenting with makeup and not loyal to any particular brand. It uses cosmetic-grade dye (FDA-compliant of course) printed onto a powder substrate. Choi’s main motive was to provide girls with access to makeup in any and every color because drug store selections tend to fall flat. To make a color, the device connects with a tool to find the hue’s hexadecimal number, and then prints it (Business Insider). Any color is possible.

In addition to the five products listed above, wearable tech is everywhere. There’s a bracelet that controls body temperature; smart eyelashes; dresses that charge your phone; Nike sneakers that help you run faster and jump higher. The innovative ideas embodied in the Internet of Things are taking over the globe. Will you be seen wearing connected clothing?

The innovations and images listed in this blog were taken from Fashionably Wired.

Join the conversation on the Networked Economy and see more about wearable tech.

This blog first appeared on LinkedIn.

really cool things and I didn't know yet either.

My favourite is the GPS jacket, no more searching or wondering if you walk down the right street., wow!

I love GPS jacket, too.I won't get lost with this fantastic jacket!