(http://www.sap-centric-eam.com) conference that was held in Austin, Texas in February. This exciting webcast really hit home with me as my company Fairfax Water, is scheduled to implement SAP Mobile in the near future.

Marathon Oil, in my opinion, has really put a lot of thought into improving the SAP user experience. SAP has never been accused of being user friendly but Marathon Oil has taken the approach not for user acceptance, which is the buzz word I have heard for six years since my company implemented SAP, but make the user happy. What an extraordinary idea. What if our users were actually happy and in training, which Marathon has greatly reduced, users said “that was easy”. 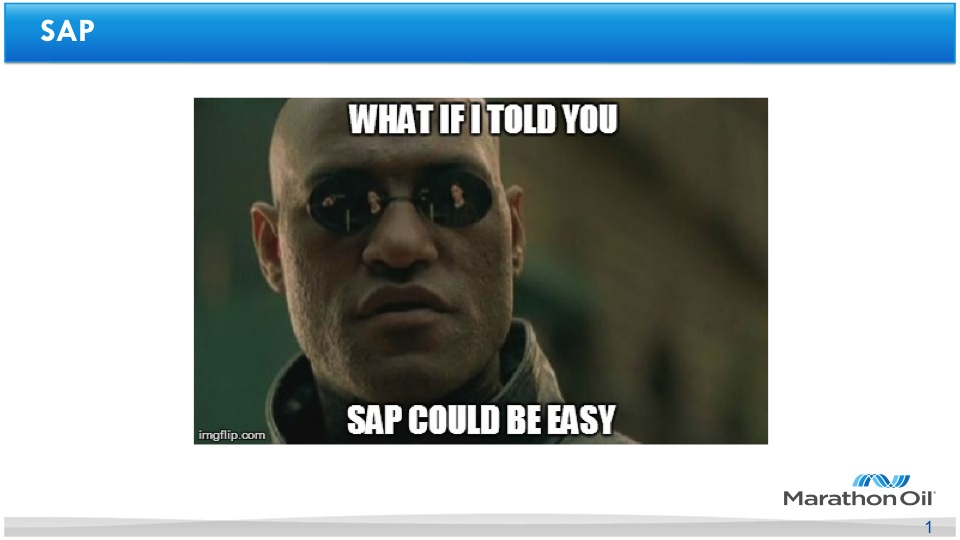 The part of the webcast that really caught my attention is that Marathon Oil not only has implemented SAP Mobile solution, but for the casual desktop user , they have GuiXT (www.GUIXT.com) to simplify the SAP experience. So many part-time users complain that SAP is not easy to use, so to implement GUIXT on a desktop platform just makes sense to me.

My company made the decision to make GuiXT our mobile solution which has been successful but not ideal. GuiXT is used to simply the overcomplicated SAP transactions that users find painful. So imagine performing a painful Service Entry Sheet in GuiXT where you can take this six to seven screen process down to a minimalistic screen that can be done with a radio button or check box just makes sense. Jason also explained that Marathon’s super users do not use GuiXT or SAP Mobile, these artisans make use of full blown SAP and they like it. I can think of a hand full of users at my company that this would exist, everyone else would “Enjoy” a simple interface. 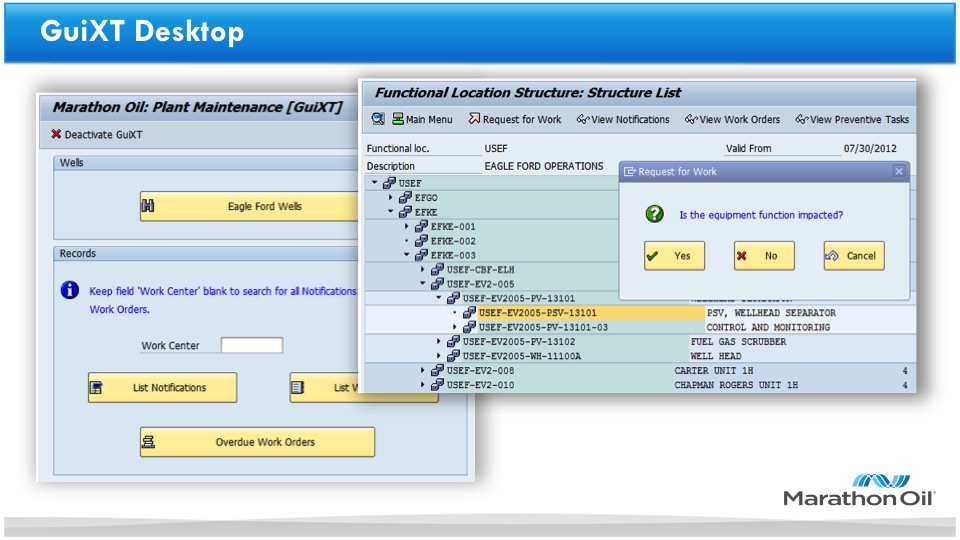 After a proof of concept phase of mobile, Marathon decided on using SAP Mobile Work Manager (formerly Syclo) to use as their mobile solution. Coupling this with an IPad, Marathon has implemented a powerful out of the box solution with a stable iOS platform for a relatively inexpensive solution. Marathon did upgrade the IPad protective case so that a SAP user can use this in an oil field, to update their Notification, execute time confirmation and the best part of the webcasts, not only empower their users, not as a data entry clerk (which I hear daily from our maintenance staff) but as a decision makers. Giving their workers all the information they need to do their job in the palm of their hands is something I wish I had as a plant mechanic back in the 1990’s. 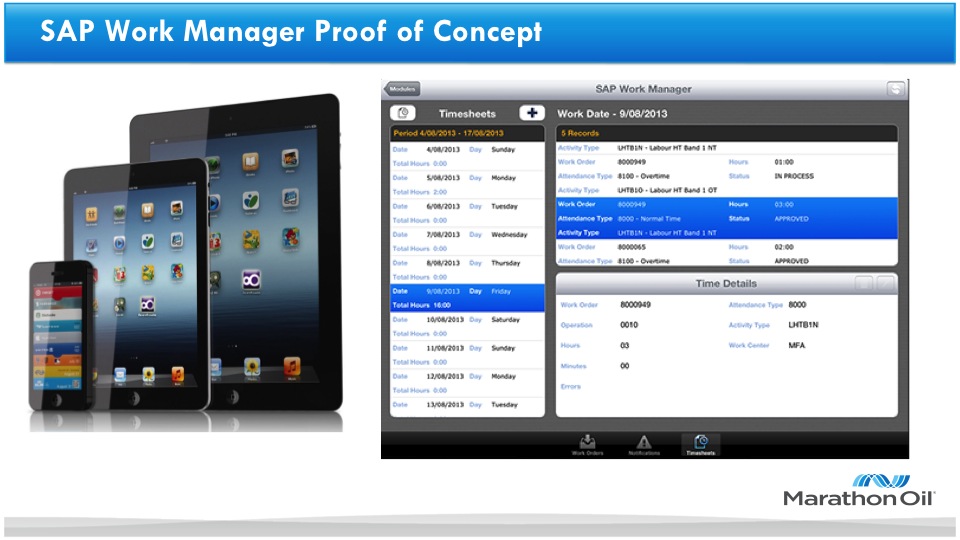 Jason did a great job explaining how Marathon Oil is attacking the overcomplicated, not user friendly SAP platform by making it easier to use for their employees (wow earth shattering). Not only for the mobile users but for the casual users without hindering the power (super) users who find SAP not difficult mostly because they are using the system everyday.

Here is one of Jason’s key takeaway’s that I can very much relate to from his presentation:

I could not agree more!

Here is a link for ASUG Members to Jason’s presentation and webcast recording:

Our next webcast in this series for ASUG EAM Community members will be held on July 30th 12pm-1pm EST.

This webcasts features Scott Allen with Denbury Resources. Scott will be talking about Bills of Material. Scott’s presentation was the top rated presentation at SAP-Centric EAM 2014 conference.

I hope you can join this one.