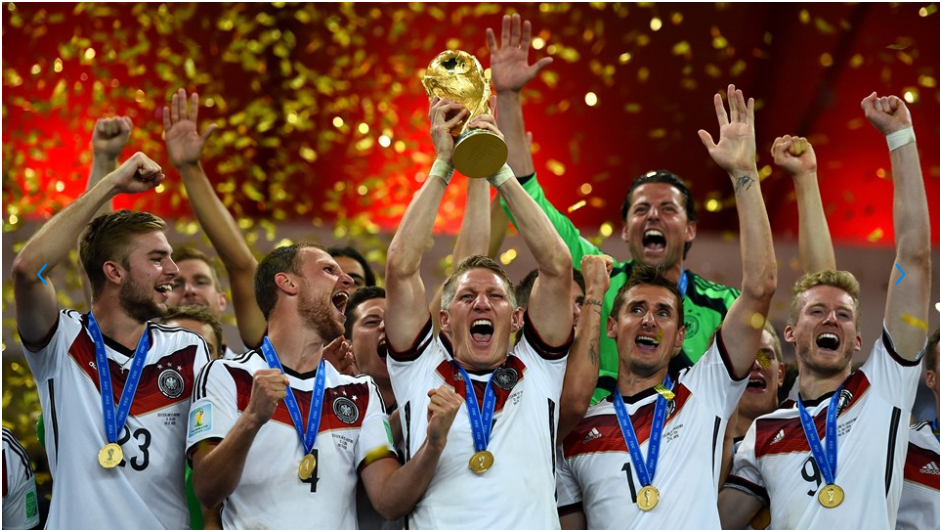 Unless you have been hiding under a rock, you know that the 2014 FIFA World Cup just ended in Brazil and Germany became the world champion. For the next four years Germany will have the bragging rights (and brag they will) as the undisputed superpower that dominates the world of football. How did Germany (play such beautiful football and) win the World Cup?

While the answer may vary depending on whom you ask, most experts agree that it was really through the superior strategy and execution by German coach Yogi Loew, in running the well-oiled German machine which consists of Lahm, Schweinsteiger, Kruse, Özil, Mueller, Neuer etc. Having worked in strategy, I know brilliant strategies don’t happen in a vacuum. They require data analysis, both internal and external. When you are matched against competitors like Brazil or Argentina, a slight edge could mean winning or losing a semifinal or final match. I can’t help but think of the Seinfield joke on winning a silver medal in the Olympics.

As it turns out, the German team did some hard-core data analysis of not only of their own players but also those of the oppositions. The examined player fitness, climate trends and many other sources of “big data” (using HANA) by SAP. They had this information available at their fingertips on mobile devices during their practice sessions and pre-match preparations. Could this be that 1% that separated Germany from the rest to win the World Cup? No one knows but one thing is for sure, this will change the future of football forever. With billions of dollars at stake, football is not just a fun sport but a serious business where every competitive edge counts.

Technology is often “the invisible player” that differentiates winners from the losers in today’s business. Like every business, the competitive edge doesn’t only come from big data, cloud or mobile individually but leveraging the synergy of these technologies by putting it all together based on a simple yet brilliant strategy with ruthless execution. This actually reminds me of a customer that I’m currently working with. Hallmark Cards is one of those companies that has been leveraging the synergy of technologies – mobile, cloud and big data – to provide critical insights to their field sales organization to improve sales effectiveness and sales rep productivity (watch video). By providing the right information while a field sales rep is in the retail store, it actually delivers a strategic advantage in winning the retail game against the competition.

The convergence of cloud, mobile, social and big data is reshaping the future of business and success tomorrow will depend upon who can best leverage the synergy of these technologies most effectively. Though the winners will not likely lift a gold trophy (or kiss Rihanna), the Street may bless them with an upward spike and happy shareholders will be cheering for them.

If you like this, kick it around with your teammates and make some noise.