In order to unionize two of his data sets first Bob drags a pair of projections onto his canvas and then populates them with the pair of data tables that he desires to combine. In this example Bob selects all of the objects from each of the tables and adds them to the output. Next the union icon is dragged onto the campus and the pair of projections are linked to the union.

Users will notice that now it is much easier to select and group objects in a calculation view. It is also very simple to create additional target columns by just pressing the green plus sign. Reordering the objects is quite intuitive via using the arrow buttons.

With a projection selected in the details box a user now has the option to select whether to fill the empty unions with either no row or row with constants from a drop down menu in the general tab of the properties box.

Drag a join icon onto the campus, link it to the unionized dataset, and populate the join with a data set. By clicking on the line between the two datasets in the details box allows the user to select the cardinality of the join. After choosing the objects to be joined click add to output.

By selecting the semantics icon on the campus any objects can be turned into a dimension by highlighting them and clicking the blue square icon. Make sure to grant users the rights to create the calculation view before clicking save and activate.

Now by looking at the raw data in the data preview Bob verifies that he has added the extra memberID data to his table along with their corresponding page views from the joined data.

Note that the UI for the calculation view has been updated in SPS08 to include new icons for the actions and new indicators for cardinality and objects on the campus.

Check out Bob’s tutorial view on the new feature of modeling with a graphical calculation view in SPS08. 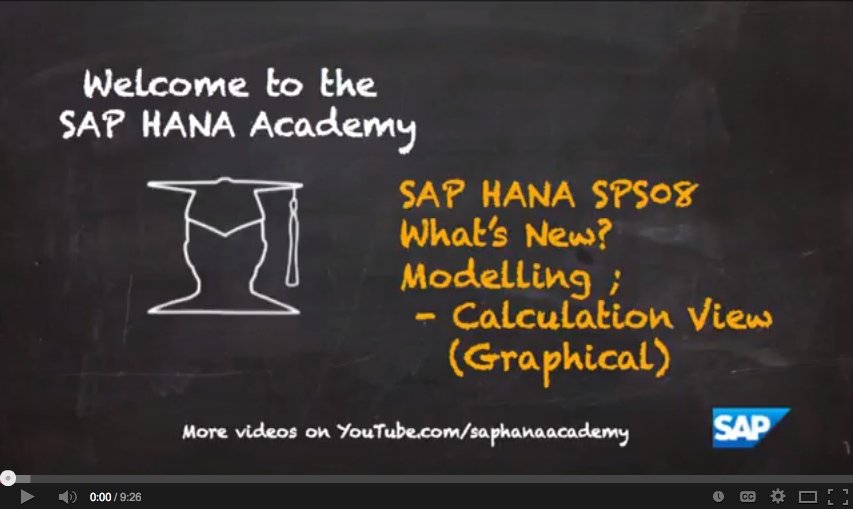