SUM: extending the new UI to AS Java scenarios

Maybe you have read about the new user interface (UI) that the Software Update Manager (SUM) offers, currently only for a new scenario: the database migration option (DMO) of SUM. A short introduction can be found in the following blog DMO: introducing the new UI .

Now as a next step, another SUM scenario can potentially be run using the new UI: updating AS Java based systems (upgrades, updates, applying SPs, and patches). The new UI is named SL Common UI, it is based on SAPUI5 (running in a browser), and it does not require any java UI component (see figure below).

The usage is “available on request”, that means that currently you will have to register to use the new UI. If you would like to take part in the piloting, create an incident on component BC-UPG-TLS-TLJ with title “Registration request for new UI”, specify the system data (OS, DB type and size, project time line), and add the comment “request immediate dispatch to Development Support because this is a pilot project”. 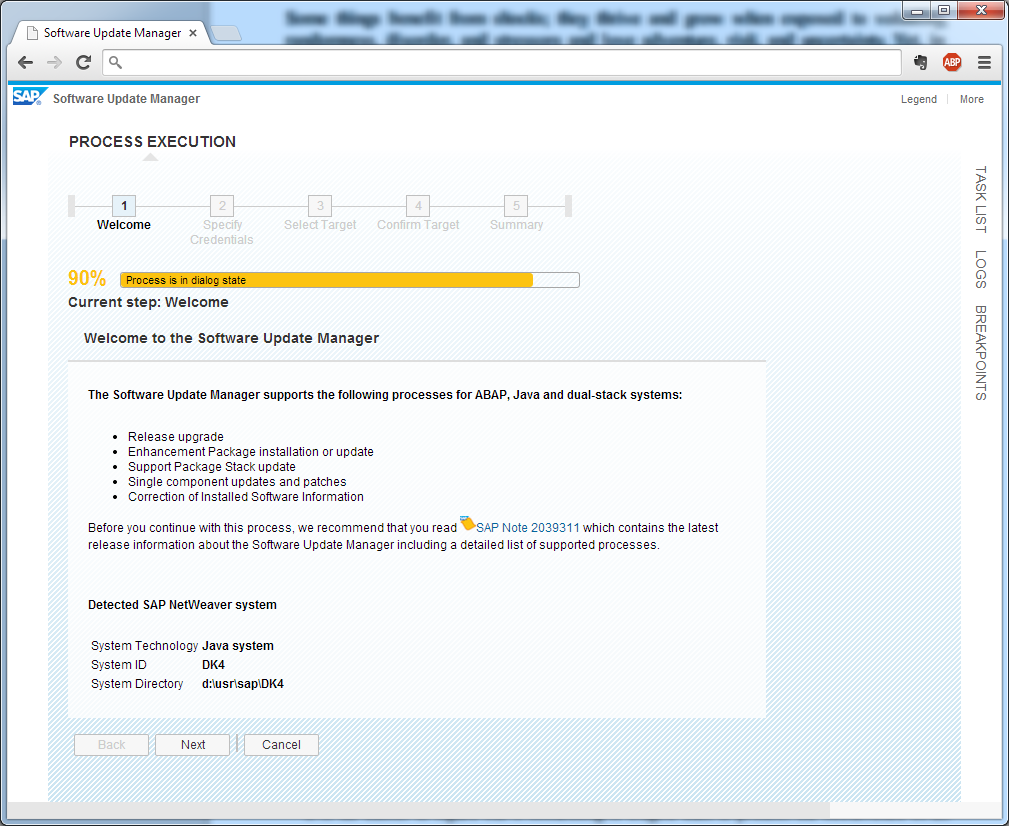 The new UI can now be used without registration, this applies for AS Java as well as AS ABAP based scenarios.

Hello, are there any plans to add the alerting options that exist in the 'old' UI to the new one, as that was a really useful feature to, for example, send an email when the process was waiting for some input.

yes, there are plans, but we have no time line yet.

that's good to know. We also would appreciate this function being available in that technology. Here we use it with every upgrade/update and it has become very handy.

It's not like waiting in front of a screen waiting for a SUM event.