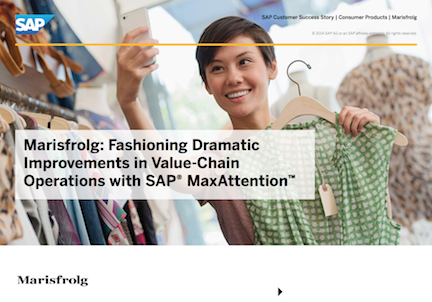 “The future of the world will be profoundly shaped by China’s rush toward consumerism” – Karl Gerth The Economist Jan 25, 2014

While consumer spending drives developed country economies like the U.S. and Europe, in China, economic growth over the past several decades has largely been export and investment driven.  But things look to be changing quickly as newly affluent Chinese consumers increase their spending on clothes, consumer electronics, and other consumables in ways that seemed unimaginable even just a few decades ago.  Nowhere is the growth more evident than in the luxury goods markets, where, according to Bain, the consulting firm, and The Economist, Chinese consumers now constitute almost 30% of global sales.

The opportunities – and challenges – these economic transformations are unprecedented.  At the forefront of this action are Chinese fashion houses, like Shenzen-based women’s wear designer Marisfrolg, and retailer developers like Century Ginwa, which builds shopping centers, malls, and retail developments across the country from its home base in Western China.

It’s a tough market.  In today’s connected world, information about the hottest trends travels almost instantaneously. Chinese fashonistas are as knowledgeable about the latest runway trends as any of their peers in New York, London, Tokyo, or Paris.  To succeed, retailers and fashion houses have to deliver trend-setting looks to discerning customers at the right prices or risk their customers flocking to the competition – whether that is down the street or across the world.

If that wasn’t brutal enough, China’s e-Commerce giants haven’t exactly been sitting on the sidelines. A recent study found that in 2013, e-Commerce already accounted for about 13% of apparel sales in China – a trend that looks almost certain to continue to grow as mobile internet access sweeps the country.

How do Chinese retailers and apparel makers keep with the blistering pace of change?  For Marisfrolg and Century Ginwa, the not-so-secret weapon in their arsenal has been SAP’s industry-leading solutions for the retail and consumer goods industries in conjunction with implementation and operational support delivered by SAP Active Global Support (AGS).

With tailored guidance from SAP MaxAttention support and the SAP control centers, the company now has a system that supports end-to-end value chain business operations, including warehouse management, retail, and financial management processes.

For Century Ginwa, they were able to integrate SAP’s Real Estate Management with it’s SAP ERP to introduce global best practices to their respective operations.  And with the help of SAP MaxAttention, both Century Ginwa and Marisfrolg were able to accelerate their implementation and improve their operations by establishing innovation and operations control centers and linking these to SAP’s mission control center during their recent solutions implementations. 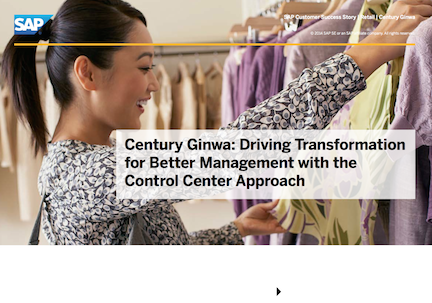 For both Century Ginwa and Marisfrolg, this meant they had the systems needed to support their rapid growth while ensuring operations were executing at the highest global standards.

Now, no matter happens with the hemlines next season, Marisfrolg and Century Ginwa will be ready.

Thanks for the story, Jade!  I would love to see more of these real world examples of how the Control Center Concept is helping SAP customers.