Congratulations to all our Cycle4Youth 2014 riders

“We are thrilled about the generosity of SAP – and so are our children in Uganda. Their screams of joy were that loud that I could not hear my own words anymore when I told them about your generous donation. Thank you” 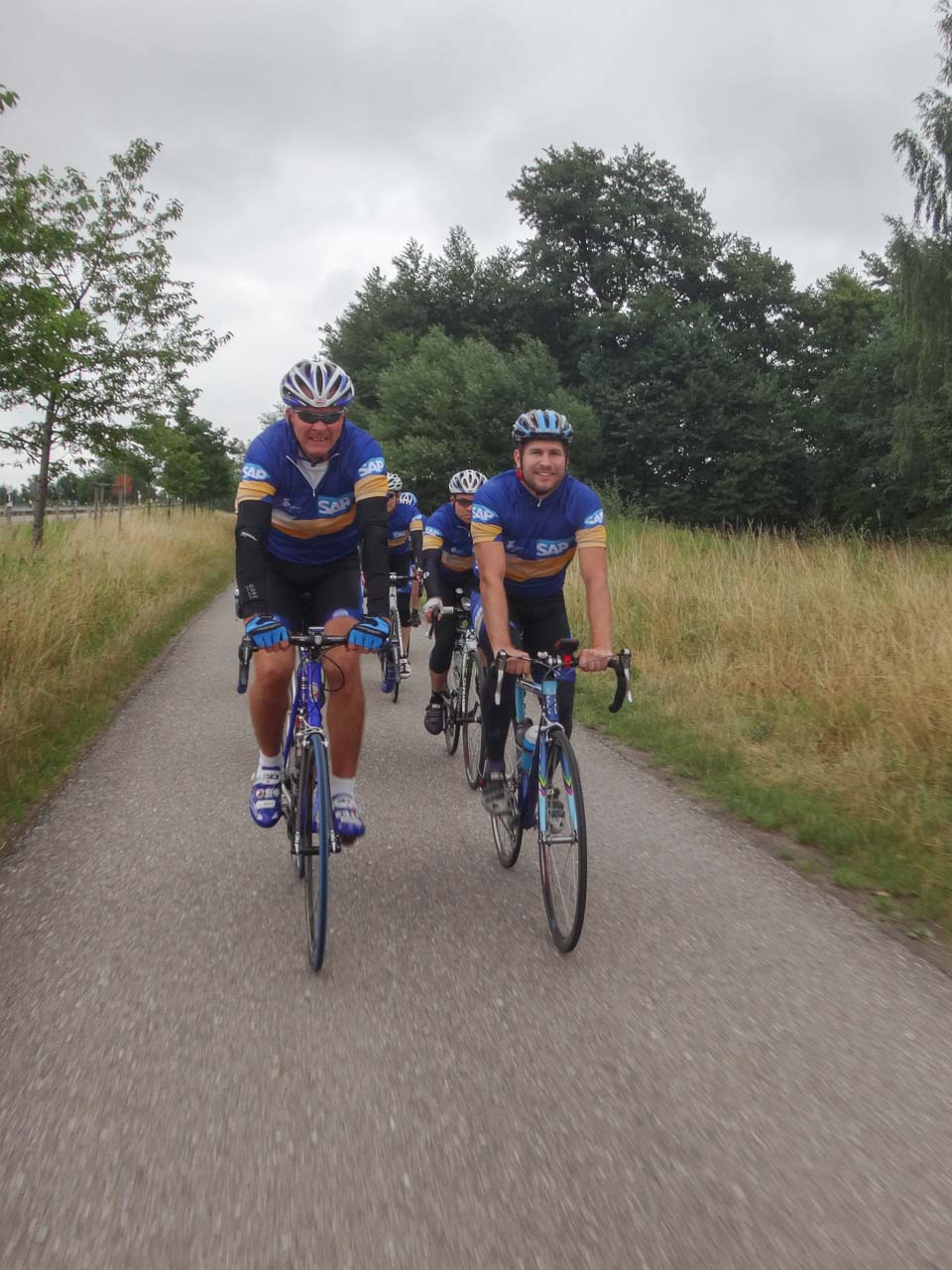 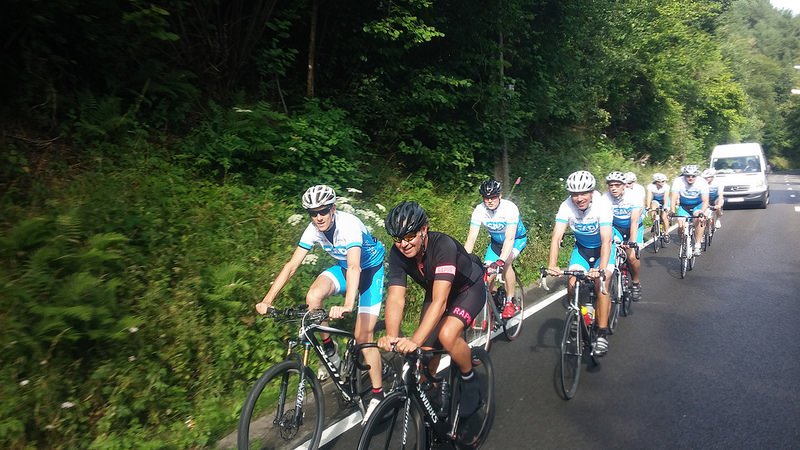 Team Germany and Team Belgium on the road

Huge congratulations are due to the 68 road warriors who cycled a total of 2700 km from their country offices all the way to SAP Headquarters in Walldorf last week.

With the help of their country teams and supporters – families included –  they raised a total of €60,000 for the three charities supported by Cycle 4 Youth this year.

Between them the teams from the UK, France, Germany, Belgium and Italy battled the Alps, falls, pouring  rain, searing heat (yes we get that sometimes in the UK) and one unlucky rider sat in what must have been pesticide treatment on some grass one lunch stop and burnt his behind…but all made it into the peloton racing for the rainy Walldorf finishing line. 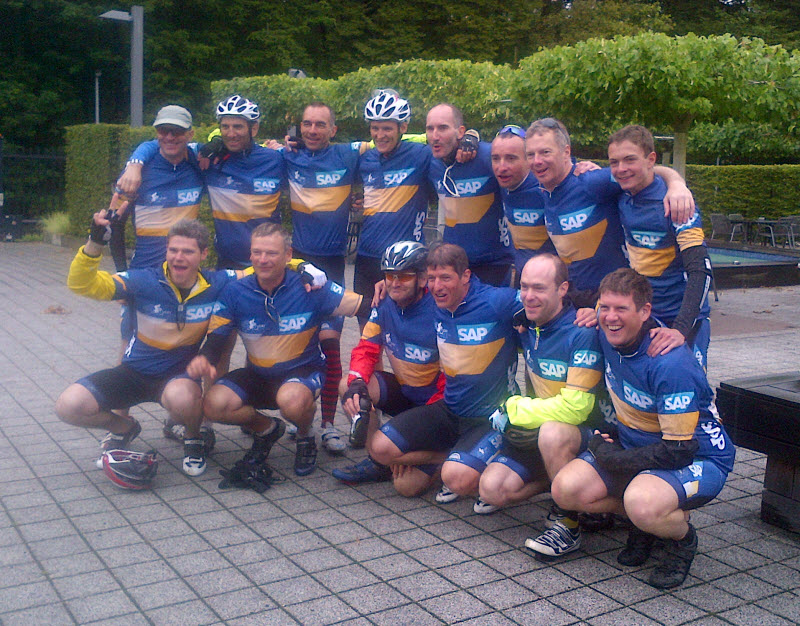 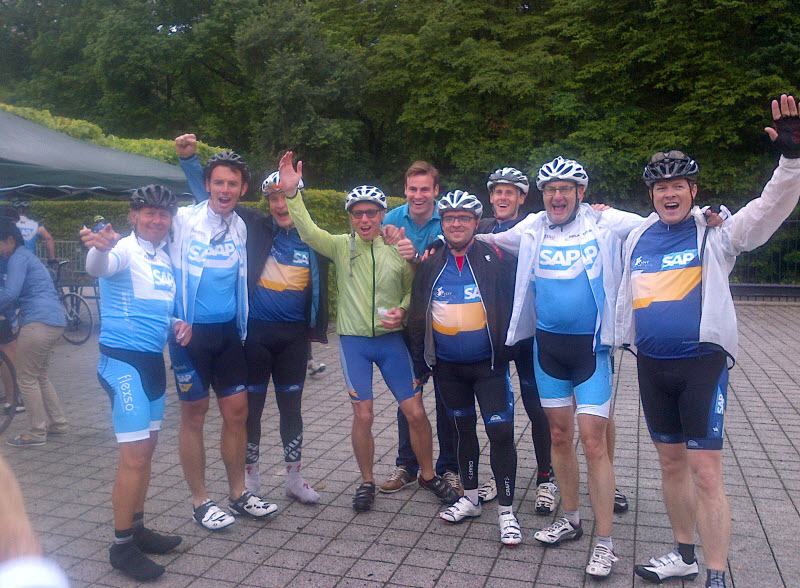 The ride ended in a celebration ceremony in Walldorf where riders were presented with medals and the three charities were each presented with a €20,000 cheque.  A great result for a great team effort! Kristina from World Bicycle Relief receives the cheque for €20,000 “Thank you to all cyclists for your support. We are very proud of your donation!”

The Sepp Herberger Foundation, one of the three charities to receive a cheque for €20,000 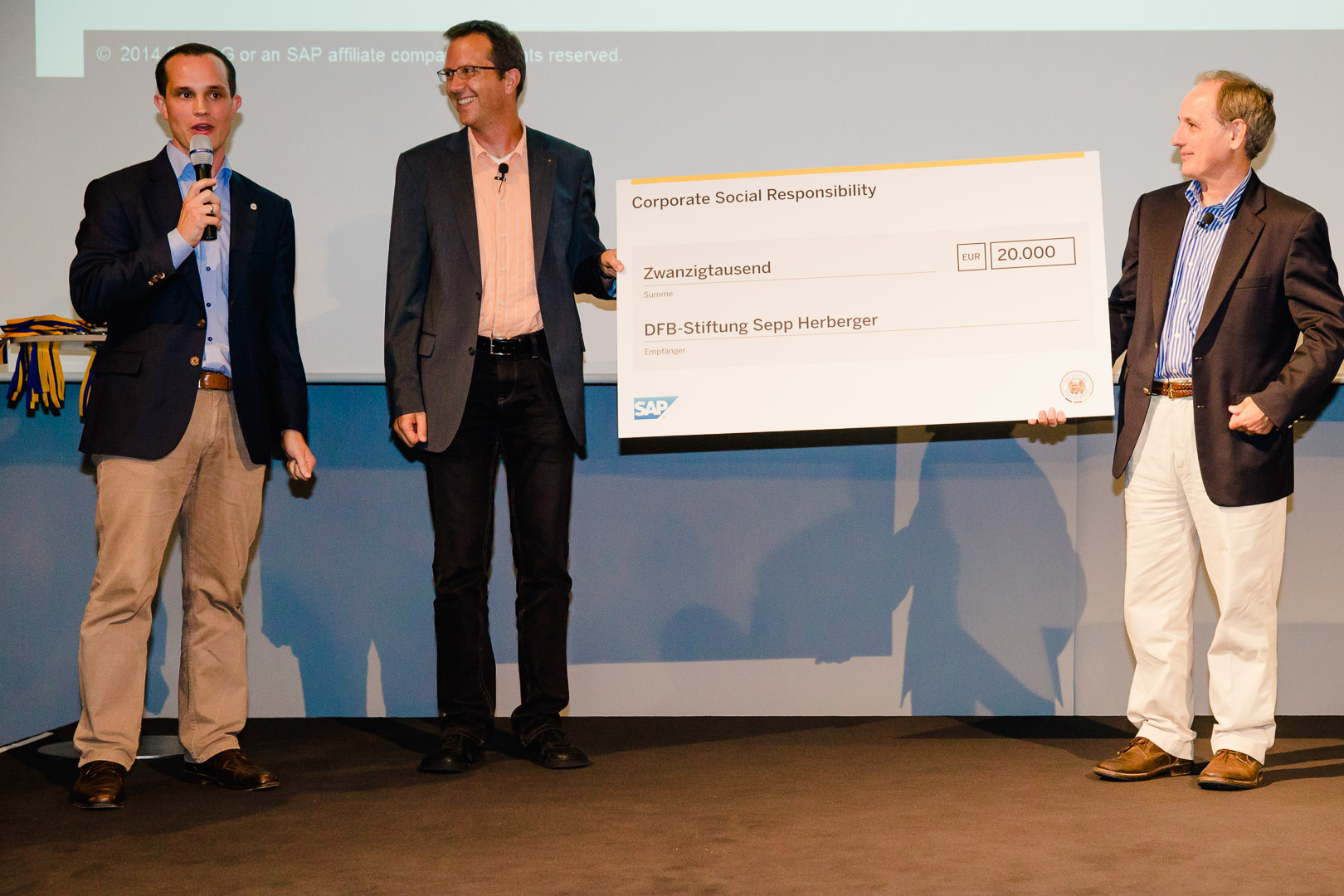 "A huge THANK YOU from us to all the riders, organisers, sponsors, and not least our 3 great charities who travelled from as far afield as Uganda to be at the arrival  – you’re our heroes and we appreciate the energy, passion and pedal power you put in to help children have a chance for a better future.

We hope to see you again next year - same place, same race!!"