Yay! A big thank you to Julia Dorbic for adding me to the Blog It Forward Chain.

I have met Julia in August last year during a 4-day Design Thinking grassroots workshop, and during those 4 days I not only learnt an insane lot about Design Thinking, I was also fortunate enough to know Julia as a warm, open personality, a true coach, and as a result, a true SAP Mentor. Congratulations! 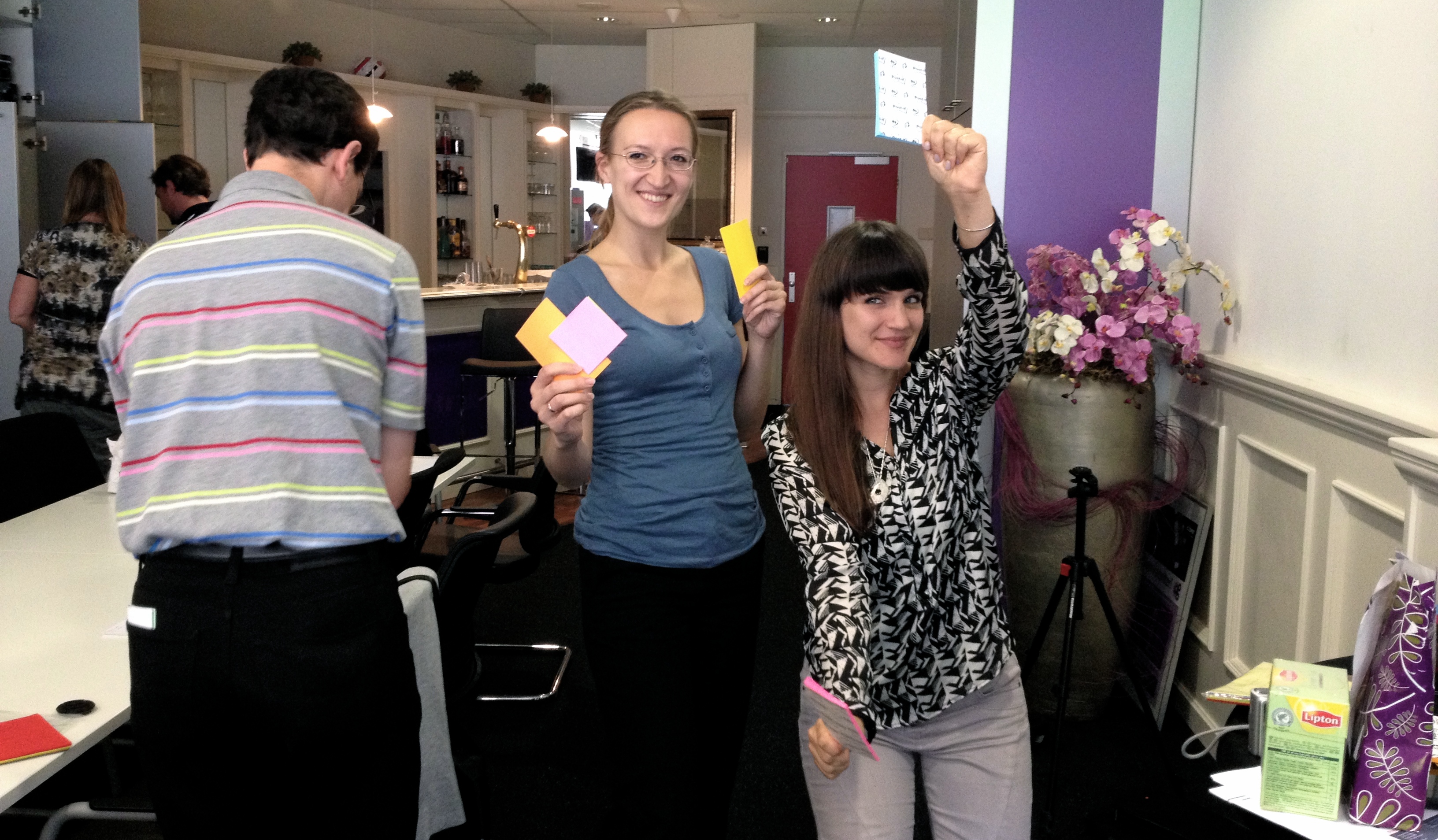 while Fred Verheul (left) is doing something more important

My name is Robin van het Hof, I’m an independent SAP NetWeaver consultant and SAP Mentor from The Netherlands. My main area’s of expertise are the ‘old’ technologies such as Web Dynpro Java development and SAP Enterprise Portals, as well as the ‘new’ like SAPUI5 and SAP HANA Cloud Platform.

But most of all, I’m a proud father of two beautiful, wonderful daughters, Carmen (3 yrs.) and Anna (1.5 yrs.) and happily married to my wife Monique (“still 21 years, for way over a decade now”). 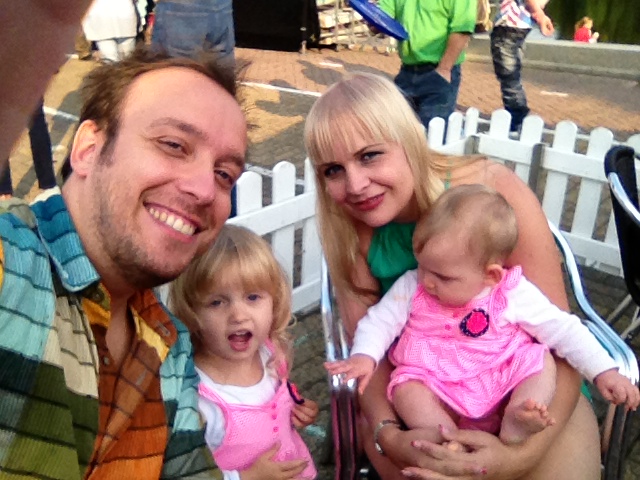 I was born in Beaconsfield, UK in March, 1974. Only nine months later, we moved near Liege, Belgium where we lived for nearly three years — and where my little sister Lesley was born.

From Belgium we then moved to a few one-year-stays in Malaga (Spain), Sicily (Italy) and Vienna (Austria), before my parents divorced in 1980 and we move back to The Netherlands.

It may seem like my mother was married to some mobster-on-the-run, but at that time my biological father was Country Manager for Memorex.

In 1982 my mother re-married, and my new father happened to have two exciting hobbies: model trains and his Commodore 64. I wasn’t yet allowed to touch that magical beige machine, but I remember sitting next to him countless evenings, watching him typing in those BASIC commands which turned out to be rather simple but quite addictive ‘downhill-racing-snake-game’.

When I went to high school in 1986 with rather good marks, my parents gave me the C64 to encourage my rising programming creativity.

Being highly interested in those awfully expensive 80’s synthesizers (which I still am, but also still lacking the funds to actually own one or two) I started to create some interestingly but rather strange synthesizer-like programs on my new Commodore, but a few years later, after invoking one killer-POKE too many, my beloved C64 died beyond repair… 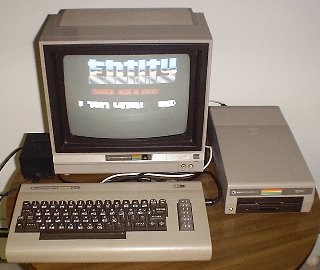 Since two of my now three granddads had flown as fighter pilots, I was adamant to join the air force too, so in 1992, at my 18th birthday I was called in to serve duty at the Royal Dutch Air Force at Soesterberg Air Base.

However, during the first two months of training it appeared my visual acuity wasn’t good enough (+0.5, -0.5) which forced me to fulfill the rest of my military service first as an untrained helicopter mechanic, and after a few months — because I really appeared to be a useless, untrained mechanic — as a switchboard operator ( !) at Soesterberg Air Base…

Because my parents feared I would end up working in the Dutch equivalent of a 7-Eleven for the rest of my life after I did my service, they gave me my dad’s now-redundant 8086 PC/XT in hope it would wake up my interest in programming again.

Apparently their plot worked: After I did service, and since my interest for computers and electrical/hydraulic systems was re-ignited, I went to a school for technical education to study Control Engineering for 2 years (during which my XT was replaced by my dad’s old AT 286 and DX 387-with-co-processor-and-4MB-RAM-ikidyounot, respectively) followed by a study Industrial Automation (DX now being replaced by my dad’s 486DX and Pentium 90)

You may have noticed a recurring theme here: About every two years or so, my dad somehow convinced my mother his then-current computer was suddenly outdated and as such rendered utterly useless, and that he couldn’t do his job/hobby without the latest, greatest PC of that time. The outdated-and-utterly-useless PC then waterfalled onto my lap which I then used extensively until my dad had his bi-yearly shopping spree again…

When I graduated in 1999, I immediately started working as a web designer for one of the gazillion interweb companies that existed back then. Java was a few years old, JSP was just released, and JavaScript / DHTML / animated GIF’s were the talk of the town. 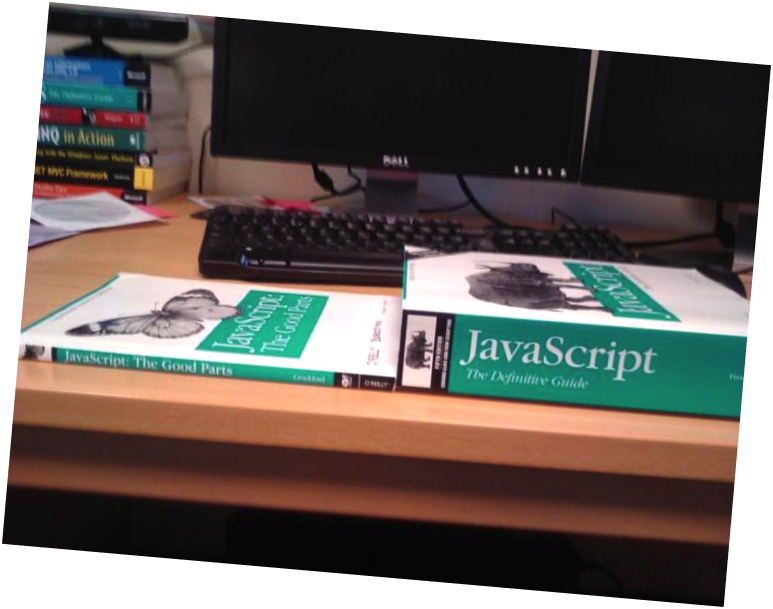 When the Internet bubble imploded in 2002, so did the company I worked for. When looking for a new job, I found a job application by a small company called Topforce, who did something with “SAP portals”. Back then I thought a portal was a simple website like Yahoo or the Dutch Startpagina (“Start Page”), but after my first job interview with them I knew they were really onto something and I joined them as Junior SAP Portals consultant.

From 2002 to 2008 I did some really big, enticing SAP Portal projects (Shell, Philips, Dutch government to namedrop a few), mostly as an portal application developer/team-lead. In 2009, I founded my proprietorship Qualiture, of which I celebrated its 5 year anniversary this June, hip hip hurray!

For those wondering where my job title ‘SAP NetWeaver magician’ came from: it’s actually a moniker given to me by two distinct clients when working at Topforce; one called me a NetWeaver Magician while the other referred to me as The Wizard. Fun fact about me

Since I was born in UK, and in that regard the Brits having some odd laws stemming back from their colonial past, I have both the Dutch and British nationality — despite my parents being solely Dutch. And because of those same strange laws, both my daughters have the same dual nationality despite being born in The Netherlands… 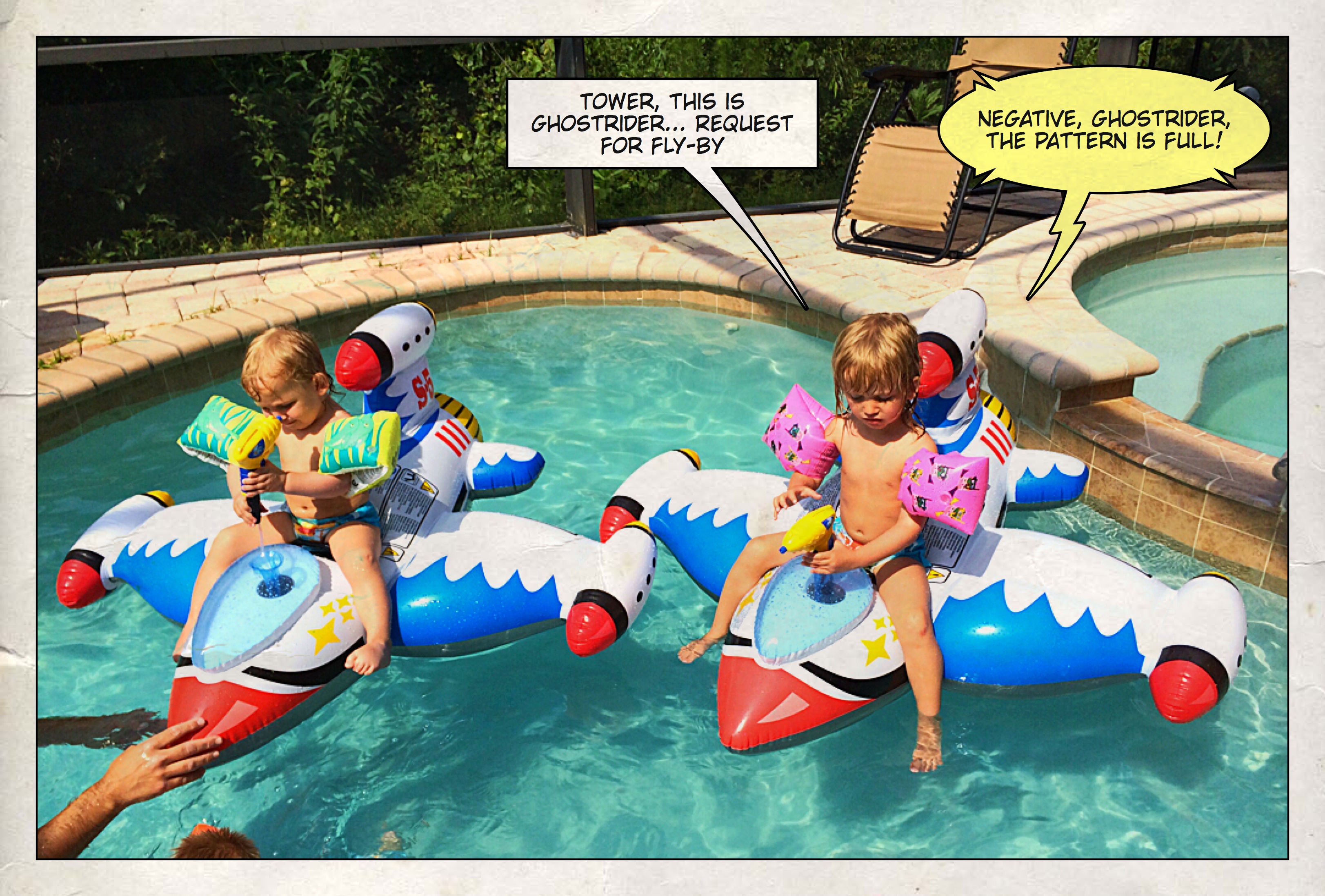 Oh my, if only the inflatable X-Wing Fighters weren’t sold out…

Fun facts about my hometown

From the questions, it seems like Julia intended to have these questions answered from her perspective; however, I will try to answer them from my point of view 😉

Why do I like working in a Design Thinking mode?

The sole reason why I like to work in a DT mode is because it forces me — no, not only me but basically everyone — to have/think/work in a user-centric, solution based manner. This will guarantee at least a much higher success rate of your final solution.

Why is Berlin so special to me?

Having been to Berlin only once for 2 days almost 19 years ago, I can’t really say I have seen much of Berlin, but those mere two days made an everlasting impression! No, I haven’t seen much of its culture or history, despite being on the Kurfürstendamm; I attended one of the early Love Parades, one of the biggest dance festivals of that era.

Being SAP Mentors, what are you especially looking forward to this year?

Honestly, being a humble rookie Mentor there are sooooo many things to look forward to I don’t even know where to start 😉 I just let it happen and try to be a good and giving community member. As an SAP-minded consultant, there’s also a lot to be looking forward to: SAP dcode this year’s fall, the Simplification of SAP’s offerings, the ever-evolving SAPUI5 and HANA Cloud Platform technologies as well as the growing awareness towards Design Thinking.

And know, the moment you’ve been waiting for:

I’m blogging it forward to…

Since the success of SCN in general and this BIF chain in particular depends on its community and followers, please please pretty please follow the Blog It Forward chain so you will be notified when Matthew, Leo and James have posted their BIF. And who knows, maybe you too will be asked to contribute your own BIF!

Hope you enjoyed reading this BIF, and if you want to know more about me, SAP NetWeaver, SAP HANA Cloud Platform or SAPUI5/OpenUI5, do not hesitate to contact me!