The approach Ravi takes in his setup is to directly update the SAP task by invoke via SharePoint BCS Application Programming Interface (API), explict self the wfUpdate method on the DuetEnterprise WorkflowTask External ContentType. And if the SAP task update is successful, also afterwards alter the SharePoint task that functions as reference or placeholder in SharePoint context to that SAP task.

Although this approach works, it has multiple architectural disadvantages:

I favor the approach to handle all SharePoint tasks, including the ones that are instantiated as result of Duet Enterprise workflow publication, the same. And be ignorant of what happens in the SharePoint context and possible beyond as result of the task decision update. To achieve this, my SharePoint task update code is a variant on the ‘updateSharePointTask’ method of Ravi. And in this approach, I have no need for the ‘updateSAPTask’ method, as this responsibility is handled by the standard Duet Enterprise workflow capability.

There are 2 caveats when programmatically update Duet Enterprise tasks:

The complete code example to programmatically set the decision on SharePoint task, which via Duet Enterprise workflow capability then propagate the decision made to the connected SAP task: 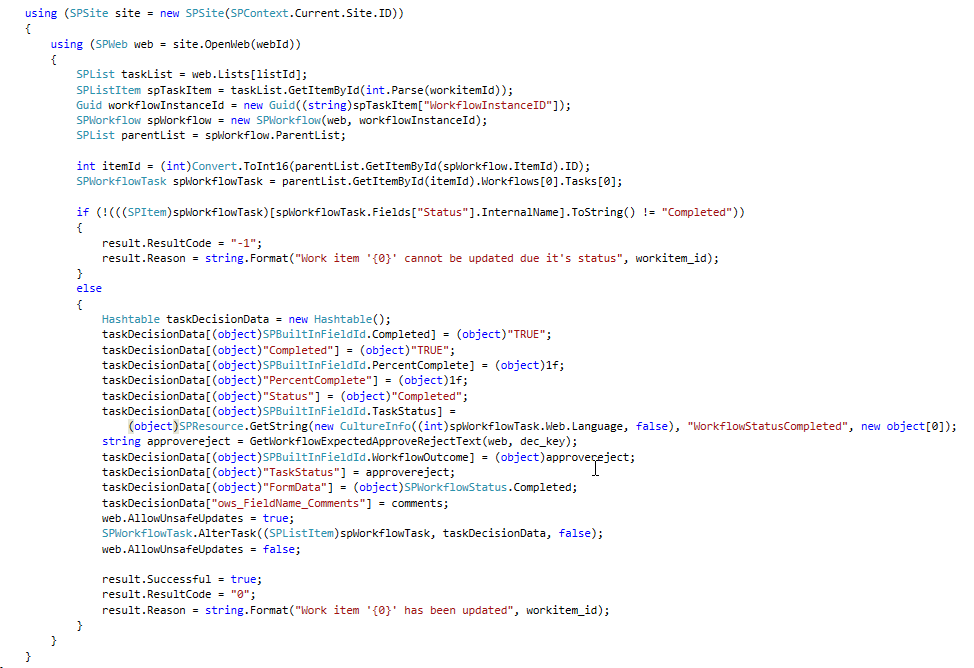