Uncovering the Adventurers and Explorers of SAP CoE: A Summer Vacation Spotlight

With the month of June nearing its end, summer vacation plans have already taken off in SAP CoE, with many more trips yet to be made this summer. Although some people are headed to some thrilling spots – Peru, Newfoundland, and Estonia to name a few – most SAP CoE employees are planning on spending summer in the States. According to a survey of 57 employees, 72% are staying in the U.S. for their summers.

One employee with such plans is Joe Gasz, a Platinum Support Engineer on the SD/Retail team, who will be driving from Los Angeles to San Francisco for his first time. Taking advantage of the L.A. scene in true fashion, Joe is planning on attending a TV show filming – he’s hoping for Big Bang Theory or Last Man Standing.

In addition, he plans on making it to a San Francisco Giants game, as part of his personal mission to see one home game for every MLB team. A Phillies fan himself, Joe’s fondest home game memory so far is when he saw the Pirates in Pittsburgh.

“I was checking into the Renaissance Pittsburgh, [and] while talking to the desk clerk, I mentioned I was there for the game the next night. She said, ‘as a platinum member, I have an upgrade for you.’ When I got to the room looking out the window, I had a great view over the Allegany River into the Pirates park.”

Another employee staying in the States to relax this summer is Aravind Kumar Jagannathan, a Support Engineer, who will be visiting Yosemite National Park for his first time. Although he doesn’t consider himself a seasoned hiker, Aravind is planning on hiking 11 miles every day, in addition to stargazing and photographing the wildlife.

In fact, “one of the main reasons why I visit national parks is to watch wildlife,” he said. A landscape photographer beginning to explore wildlife photography, Aravind is hoping to snap some shots of black bears, coyotes, and American Dippers. Unfortunately, there is one photo subject he knows he won’t be able to catch.

“I want to see a grizzly in real but that’s not in Yosemite,” he said, referring to the fact that there are no more grizzly bears in the state of California.

On the other hand, Vivek RR, a Senior Support Consultant from HANA Applications & Modeling team, is an avid hiker who will be exploring Chile, Peru, and Argentina with hikers he met through online forums on Lonely Planet and CouchSurfing. According to Vivek, he’s been finding hiking buddies through these forums since 2006.

Out of all the places he plans to visit – which include Machu Picchu, Lake Titicaca, and El Chalten), Vivek is most excited for Torres Del Paine in the Patagonian region of Chile, famous for the Paine circuit trek.

The trail takes eight to ten days to complete, according to Vivek, and takes hikers alongside massive ice glaciers and across a pass. However, the most rewarding part of the trek is located in the middle of the woods. 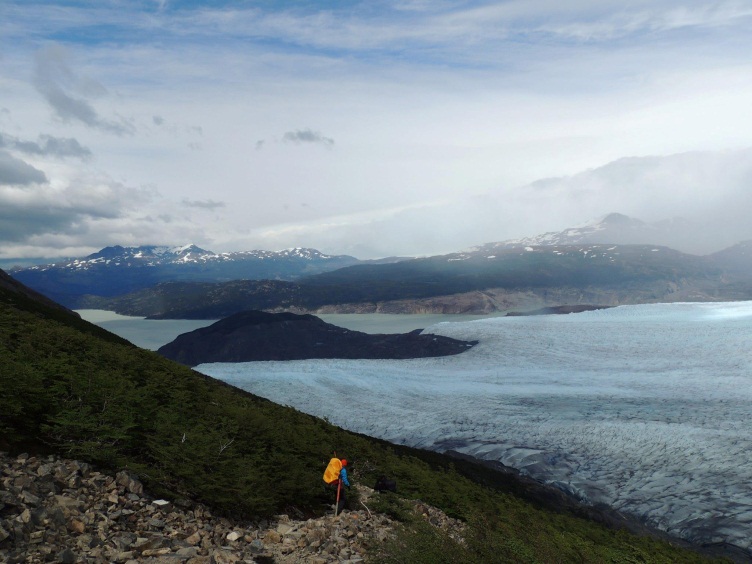 “In the middle of the forest, you can find a pub – it’s true – where they break the ice from glaciers and use it for the drinks,” he said.

Selvakumar Sithavan, a Business Intelligence Support Engineer, will also be heading to South America, with stops in Brazil and Peru. Although he will be in Rio, Selvakumar doesn’t have high hopes for getting into a World Cup game – he’ll be supporting the Netherlands and Germany from the outside. He does have high hopes for trying some authentic Peruvian food, however.

“[My wife and I] love Peruvian cuisine. We’ve tried it in the States. Not sure if it tastes the same way out there. We love the seafood dishes,” he said.

Representing Europe, Jared Coyle, a De-Escalation Engineer from the AGS Backoffice RCA Core team, just returned from his vacation in Estonia, Sweden, Norway, and Denmark, where he visited a former KGB prison and ate kuiislauguleivad (deep-fried garlic bread), among other things. While his trip planning initially started out in the fjords of Norway, some Internet scouring quickly led him to a few destinations off the beaten path.

“[My wife and I] found the former KGB prison seemingly by accident. I think it was a Google search for ‘weird things to do in Tallinn’. You would have never been able to find this place. It was nestled into a quiet little residential part of Tallinn – a nice neighborhood with a dark history, it seems,” Jared said.

Jared’s biggest challenge during his vacation was completing his goal of climbing the Church of Our Saviour in Copenhagen – a 400-step climb with a third of the walk on a staircase on the outer wall of the church tower. 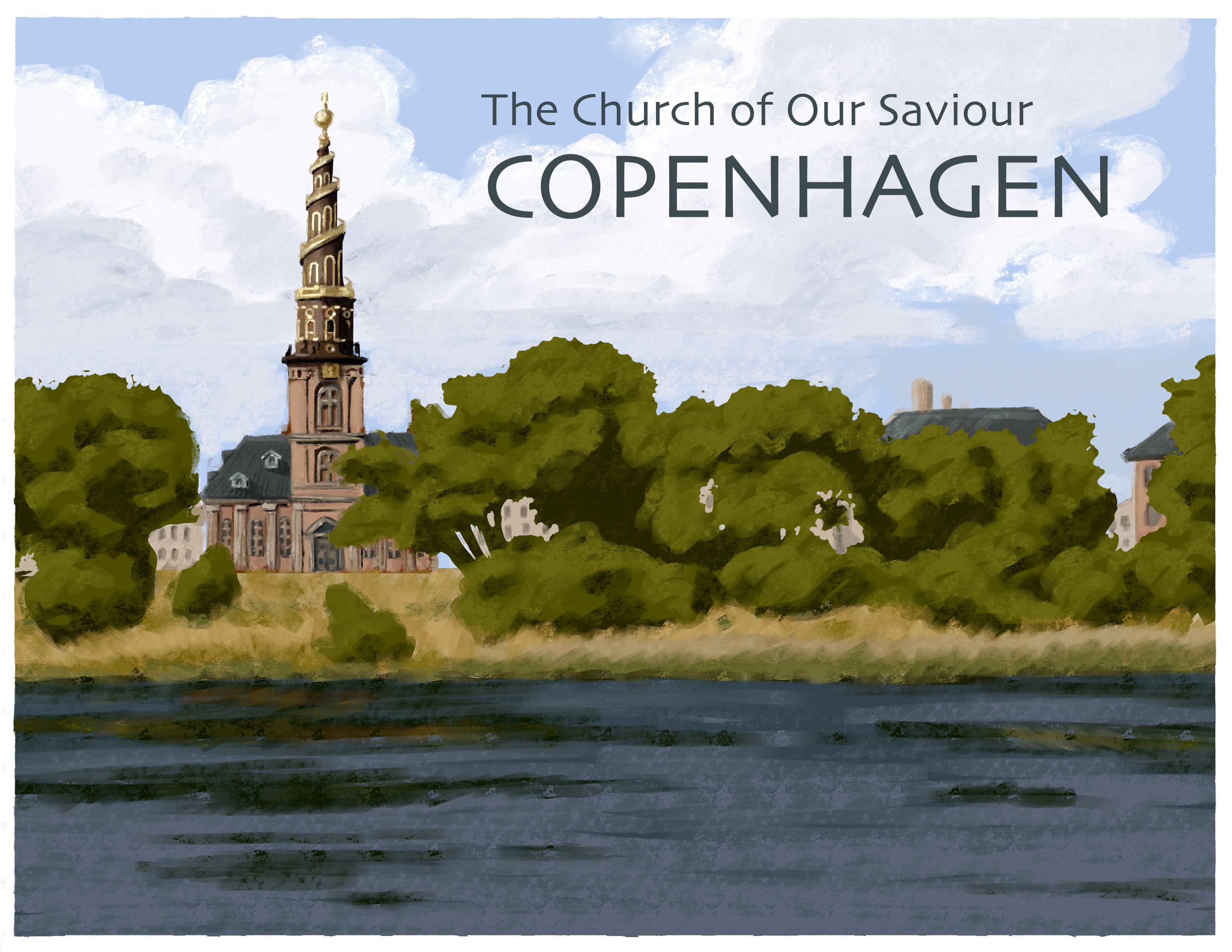 “I am terribly afraid of heights…I didn’t make it all the way to the top, but I was able to last about 5 minutes at the top before retreating to ground level,” he said. 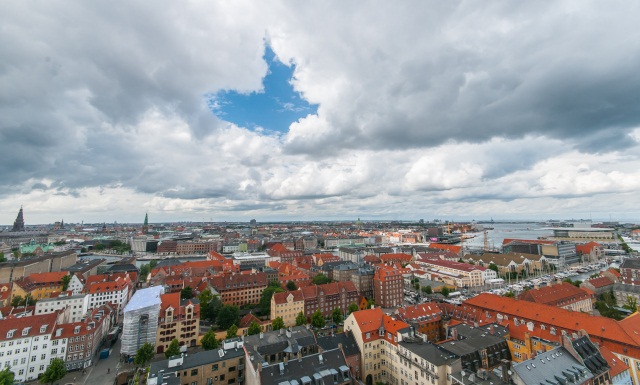 Perhaps the most rugged of all is Vice President of CoE North America Thomas Walther, who will be tackling the Long Range Traverse in Newfoundland – a trail that has been listed as one of the Top 15 World’s Best Hiking Trails by National Geographic. Thomas has a formidable five-day trek ahead of him; “this off-trail traverse takes you from inland fjords lined with 2,000-foot-high granite cliffs draped with wispy waterfalls deep into Gros Morne National Park,” according to Peter Potterfield at National Geographic. However, Thomas isn’t too concerned – he considers himself a veteran hiker, and began learning how to navigate the wilderness when he was ten.

“My parents took me often in the woods on a mushroom foray. Since a kid can get lost even in the smaller German woods, they taught me how to find always a way “back” by reading directions from sun, stars, tress or rivers. Later, in the Army, I learned to use a map and compass,” he said.

Indeed, the isolation and pristine wildness of Newfoundland is what appeals most to Thomas, who sees this hike as an opportunity to take a break from the hectic clutter of work.

“I hope to escape for a while from the mainstream itinerary and travel with my family to areas beyond roads and cell phones, enjoy hiking, sea kayaking, fishing and wildlife watching – famous for seeing puffins, gannets, shearwaters, murres – spend a couple of week living amongst caribou, eagles, whales, icebergs, and orchids,” he said.