I’ve been playing around with D3 again and thought I’d see how well some of Mike Bostock’s example visualizations would port over to Design Studio.  I decided to focus on hierarchies in this experiment.  Thinking through what hierarchies are about, they are a parent-child relationship and in terms of visualizations, that usually comes in the form of a tree, or a sum of parts chart like a treemap or heatmap.  One of Mike Bostock’s visuals that I liked was the packed circles visualization:

Each of these charts has a few advantages and I’ll leave it to the eye of the beholder to decide which, if any, offer some meaningful functionality.  For the scope of this exercise, I focused on the flattened version and the zoomable version.

Let start at the end (pictures!) for those who do not care about the coding part: 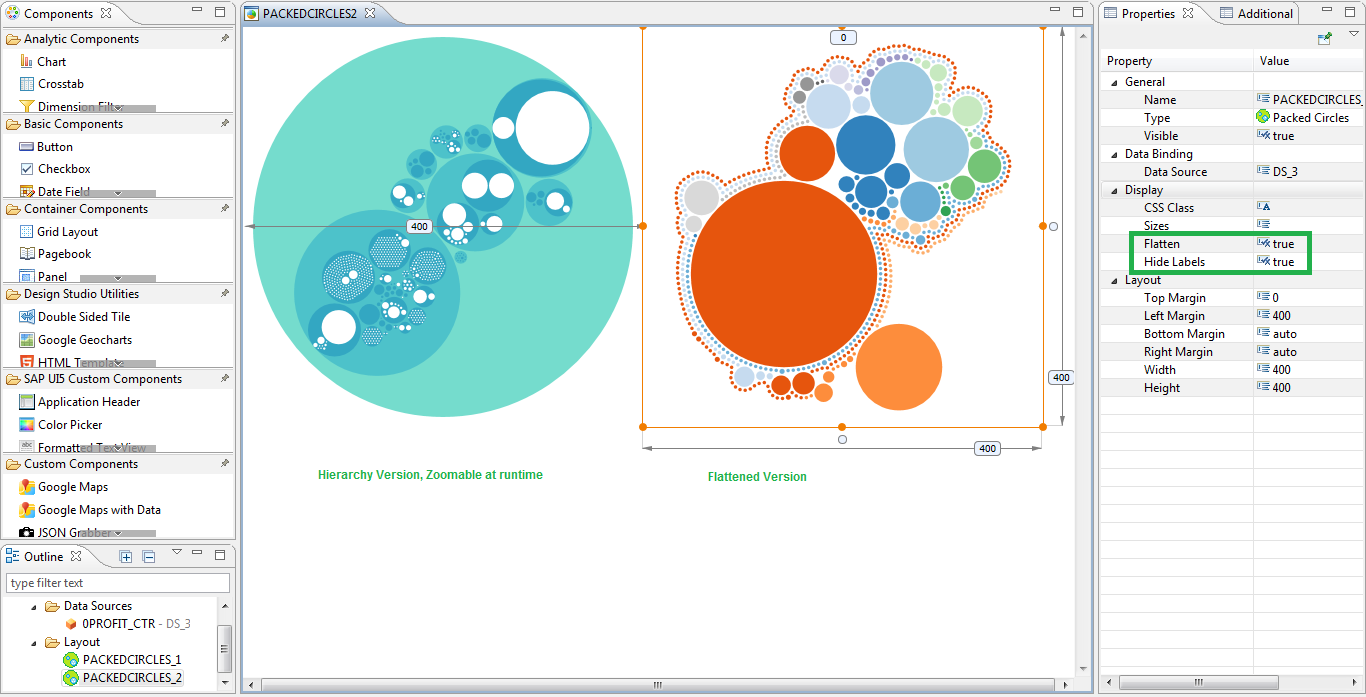 And, an animated GIF showing the zooming at runtime.  (Click Image if not playing):

Note: Labels can be shown however I’ve turned them off so that I didn’t have to black out a bunch of data for this blog.

With the end out of the way, some boring technical code stuff for those still reading…

The end result was pretty cool from a visualization standpoint.  Since this was just a Monday morning mental calisthenics exercise, there’s a lot that could be added to it later, but are not included in this version:

I will release the source code later today on my GitHub repo link that you can find in my Utility Pack blog post (Design Studio 1.2/1.3 SDK – Design Studio Utility Pack).  I will also update the deployable version for those of you who don’t want to package it themselves in Eclipse  (Same post).

Looking foward to see the code, I envy you, I've been really busy and not able to get stuff like this done.

Great job, the visualization possibilities with D3 really are endless. Quality stuff, and (I think I'm speaking for everybody here) your sharing of code and finished addons is much appreciated.

Thanks for sharing all those posts on SDK with the community. Highly appreciated!

How did you create the animated gif? What software did you use? It is a great way to show what the end result looks like. I Would like to create such a gif for some future posts if there is an easy and fast way for it. 🙂 Thanks!

For creating an animated GIF, I use 2 freeware tools, one to capture a the browser window as a .AVI (CamStudio) and then another to convert the .AVI to a .GIF (Movie2AVI.exe - Evan's Freeware Site) 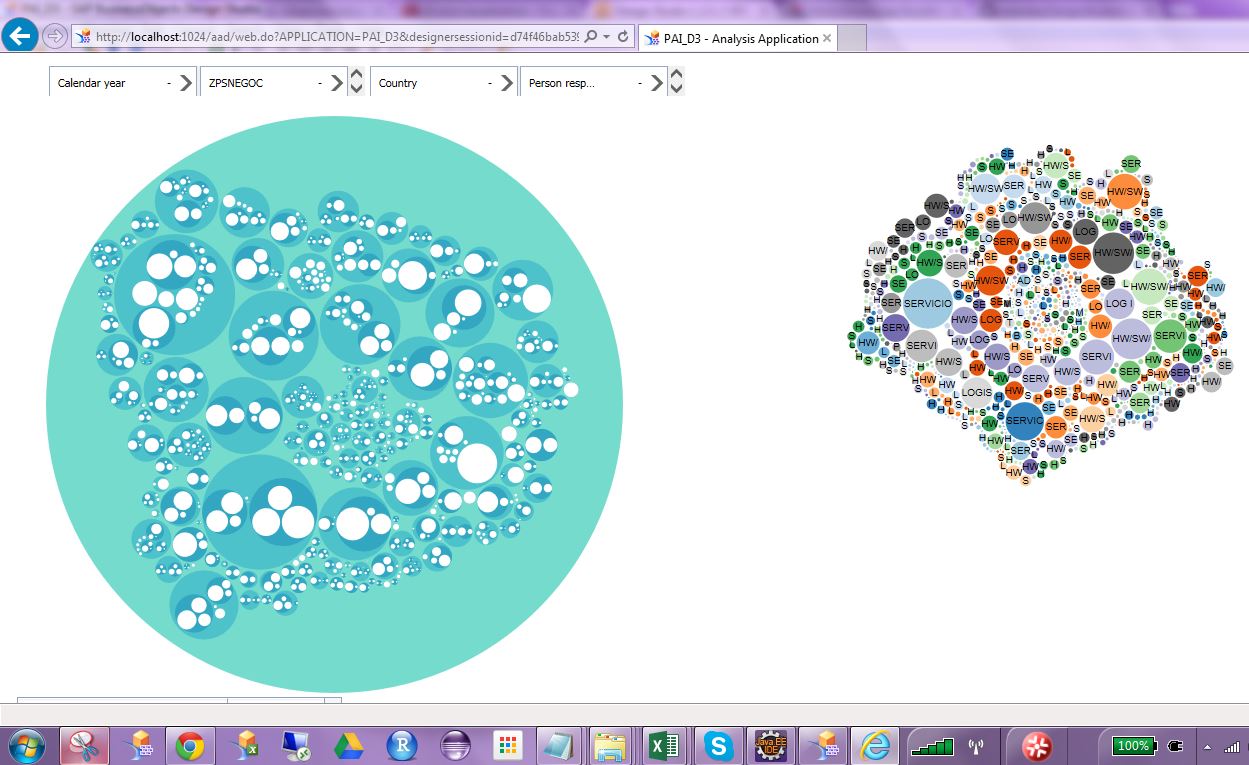 I´m going to try to do this component, using Hierarchical Edge Bundling: http://bl.ocks.org/mbostock/7607999

i have a problem with the Zoom , it´s seems that it doesnt work for me

What version of IE?

i tried with diffrent browsers , i think i have smth wrong with the zoom  functionality