This week at the Google I/O conference, Google announced that they are making Android more enterprise-ready. With the “Android for Work” offering, Google adds a layer of security to make Android-powered mobile devices more secure.  With this news I’m personally hopeful that we’ll have a future with less fragmentation. This chart, shown at the Gartner Security conference, highlights the incredible fragmentation we face today. 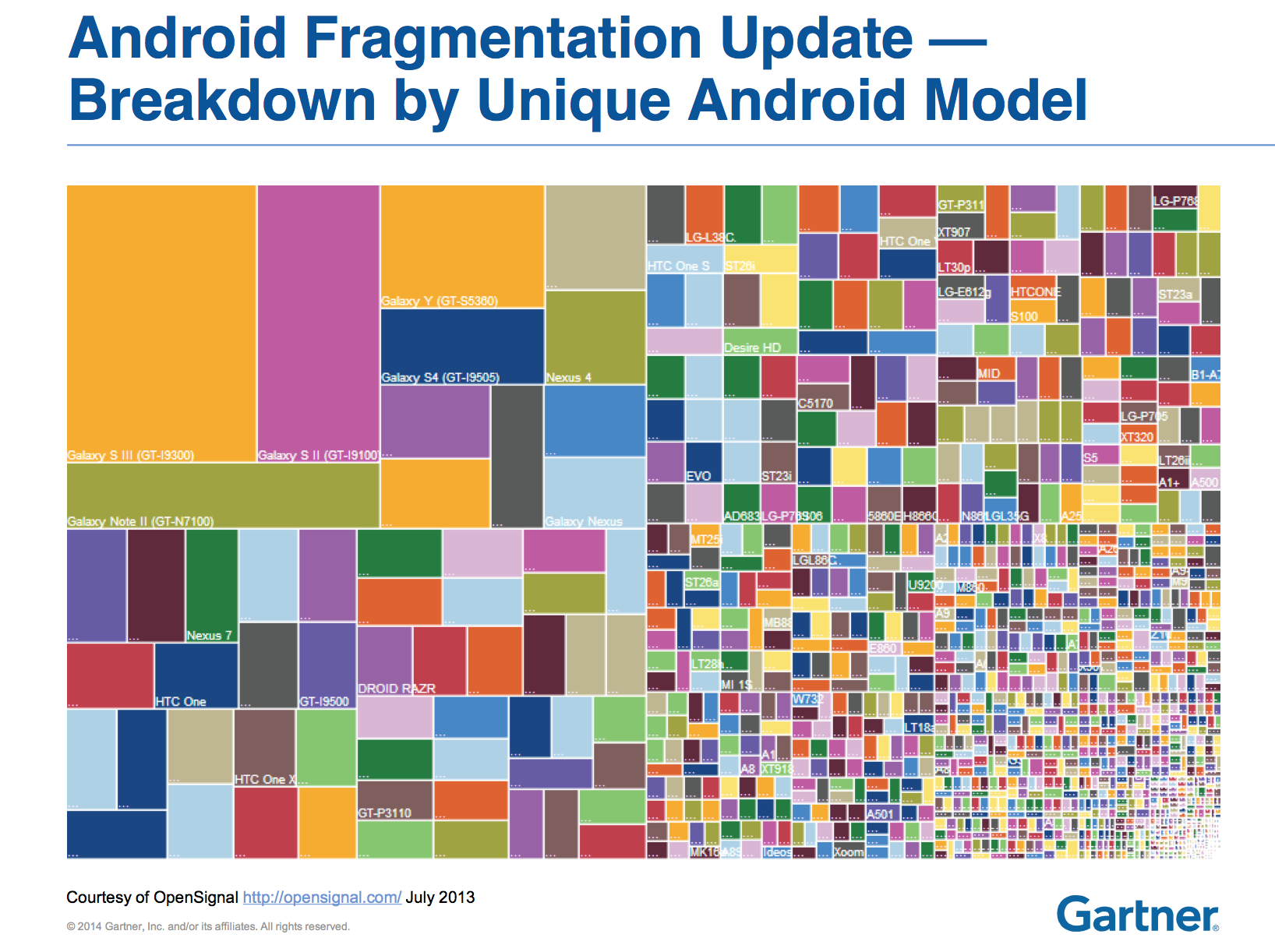 Android for Work will provide a secure container so business-sensitive data doesn’t leak into personal usage of devices. These features will be natively supported in Android L, but Google said that over time any device running Android Ice Cream Sandwich or later can benefit. I’m excited to hear that device manufacturers like Sony, LG, Motorola, and HTC are talking about bringing Android for Work to their phones.

When I first heard about Android For Work, I immediately wondered how this would work with Samsung KNOX. Since we first partnered with Samsung to define the KNOX APIs for mobile security many years ago, I was keen to understand how both Samsung and Google would offer two different containers for Android. The great news is that Google is actually rolling in parts of Samsung KNOX so there is one protocol across all of Android. This move will finally bring so many more Android devices to a level where they can be considered safe for use in the enterprise world.

This is also huge news for developers who won’t have to modify their mobile apps to work in the secure container. Check out the full press release “Samsung and Google to Bring Enterprise Enhancements to Android”.