Hello football fans! The World Cup tournament stage is here and the SAP DataViz team has pulled together game data from the qualifying stage and analyzed the match-ups with SAP Lumira and SAP Predictive Analysis. Based purely on the data, here are the selections for which teams will advance. Watch for more visualizations, analysis, and infographics during each stage of the tournament.

Here is the bracket created by the SAP DataViz team:

Here’s the game by game match-up analysis for the round of 16:

While Chile has more than twice as many saves than Brazil (12:5) in this tournament so far, Brazil has scored more (7:5), and conceded fewer (3:2). However Chile has completed more passes (1426:1158) and has a slightly higher completion rate, so this will be a tight match. While Chile has the notoriously effective attacker Alexis Sanchez on their side, Brazil’s attacking statistics are stronger as are their defensive stats. Brazil will come out on top.

Colombia out-performs Uruguay on Goals, Goals Conceded, and Saves, and commits many fewer fouls. Between these statistics and Soarez’s absence from the team, Colombia will win this match. 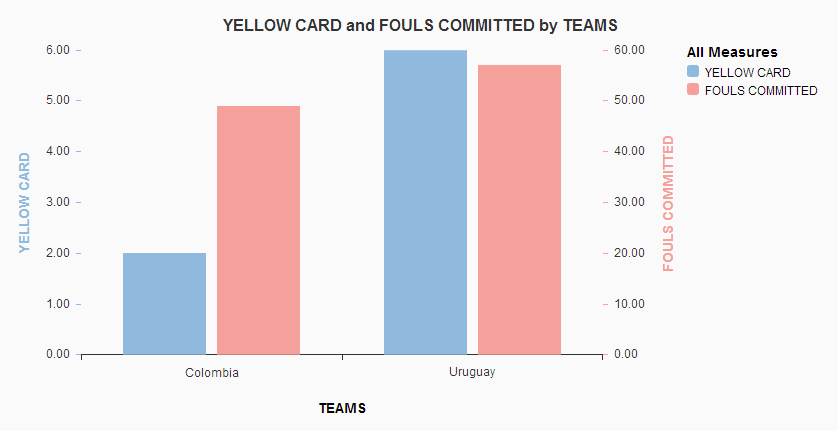 France will win against Nigeria given their ability to score goals relative to that of Nigeria (8:3), Nigeria has only conceded one more goal than France (3:2), but the difference in their record of getting the ball into the net does not make them a strong contender in this match. In addition France’s passing is more successful. 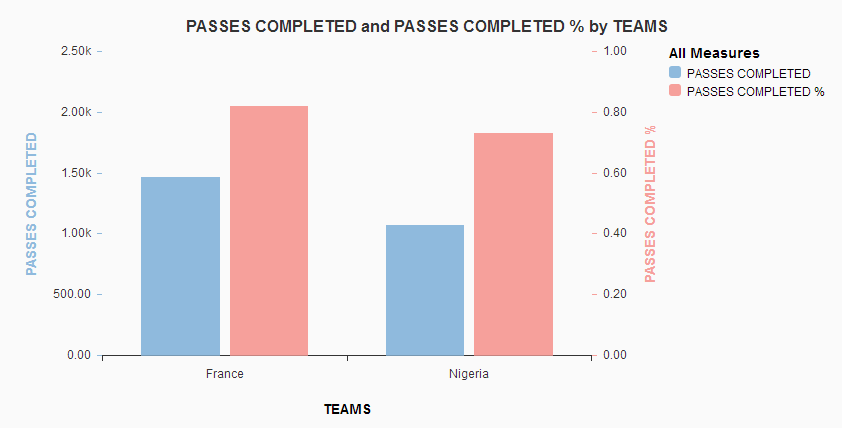 Germany will win this match based on their record of conceding fewer goals, of more than twice as many completed passes (17% more successful). Additionally Algeria will likely be held back given they have committed many more fouls in the tournament so far (49:28) and have received 5 yellow cards whereas Germany has only received 1. 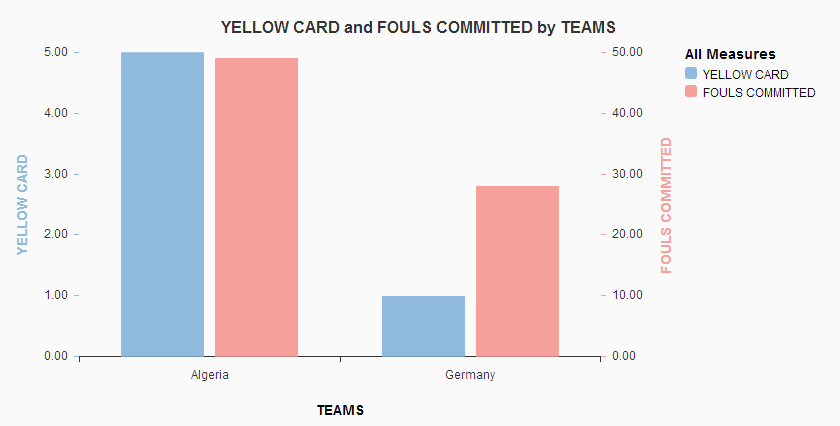 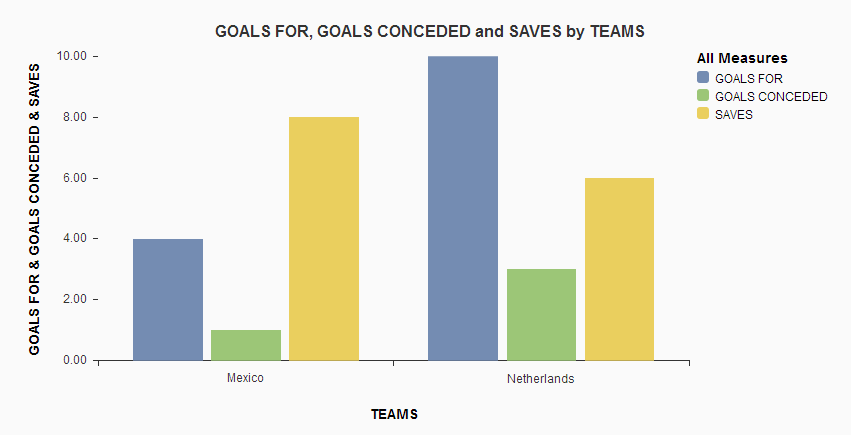 This will be a close match with Costa Rica prevailing given their stronger track record of scoring goals and completing passes. Despite the fact that Greece has more saves (11:7), Costa Rica has conceded fewer goals (1:4). 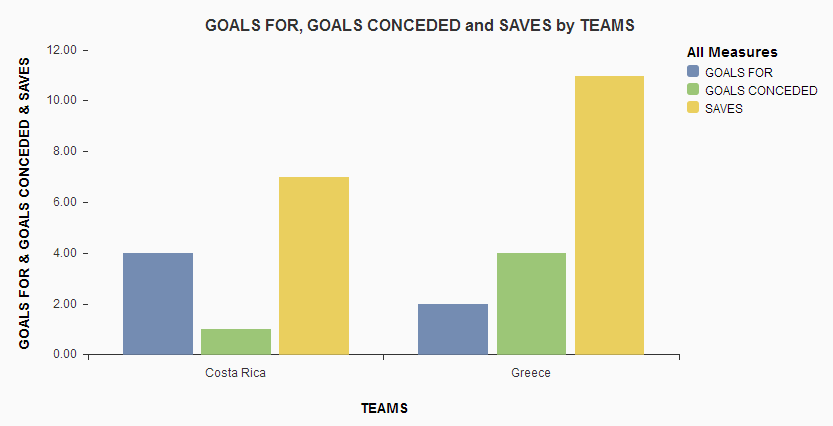 This will be a closely contested game between two well-matched teams. We pick Argentina to win based on their record of having conceded half as many goals as Switzerland and having a slightly better record completing passes. 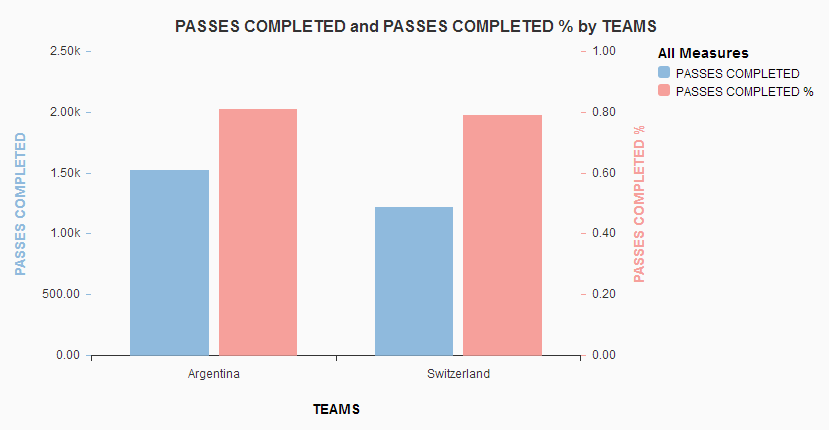 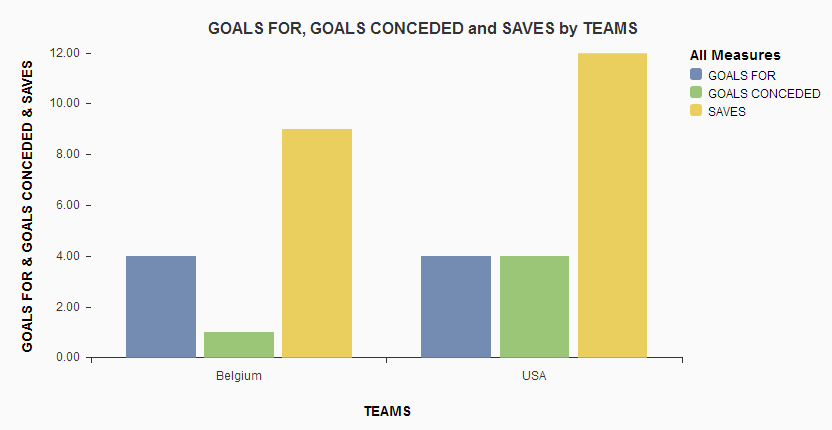 *Disclaimer: this analysis and predictions are an attempt to showcase SAP technology not accurately predict sport outcomes.

Who do you think will win the World Cup?

Let us know what you think of these selections. Try SAP Lumira and SAP Predictive Analysis for yourself and see what insights you can come up with. Details and sample data available at www.sap.com/soccer-analysis

there seems to be a bug.

Even worse, it's saying Argentina wins??

Lol, but seriously, since Brazil didn't participate in the qualifying phase as it's the host country, I wonder what data you've used for Brazil in the learning set.

you're predictions qre quite good, especially that Germany will win hopefully 🙂

Brazil, Colombia and Costa Rica were correct until now.

But you're prediction for Netherlands was wrong.

Maybe you've to consider the strength for penalties also?

Your predictions were right about Costa Rica vs Greece, it was a close match, certainly.

But I think that what happened today with Brazil has been so unexpected that a lot of predictions including these one have lost any kind of logic. Soccer is a lot of luck after all. 😀

Great point! That's the beauty of sports, anything can happen.