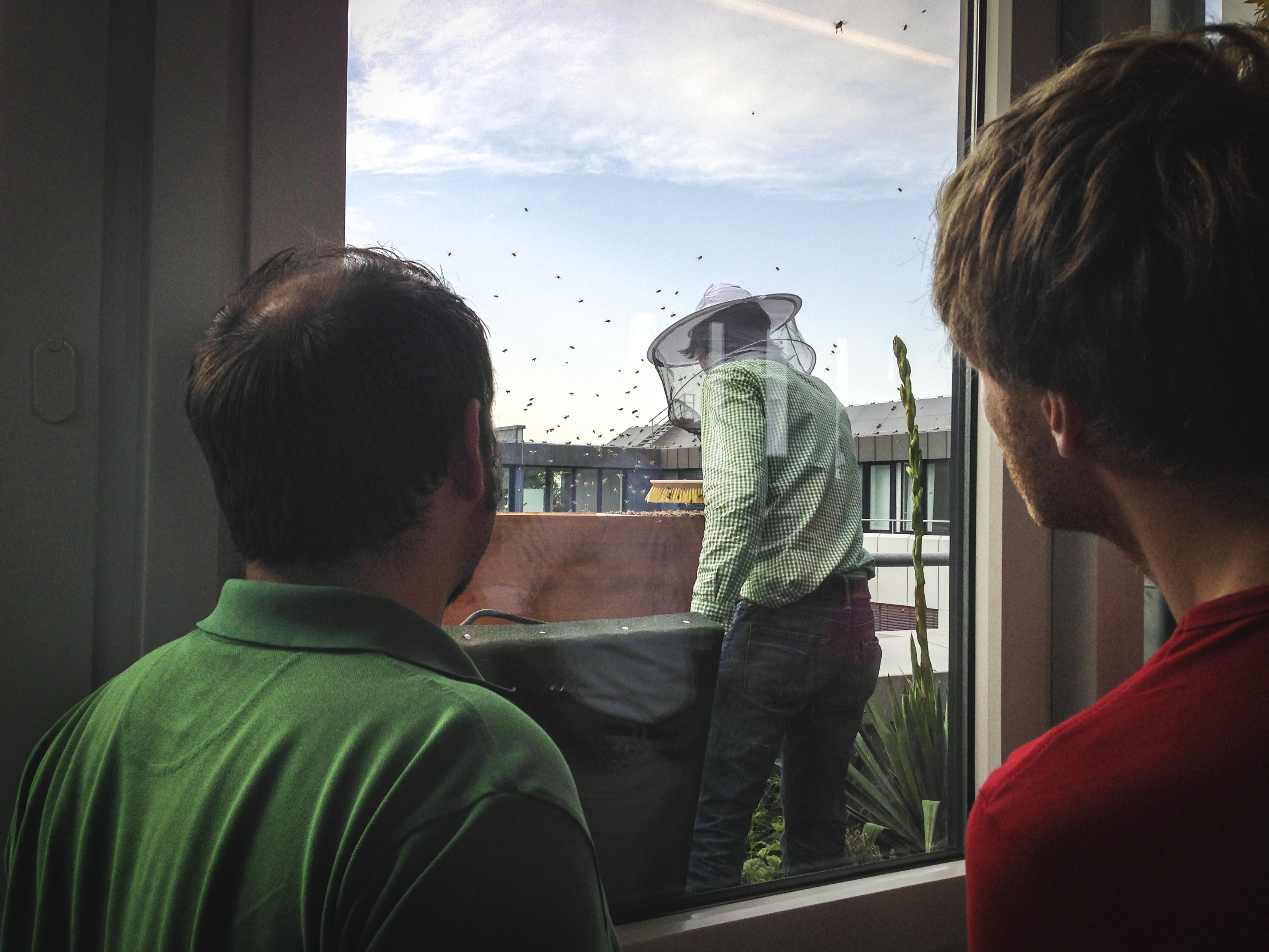 Johannes Weber, founder of Stadtbienen (bees in town), conducted a two-day workshop about beekeeping in an urban environment at the SAP headquarters in Walldorf. During the session with 15 SAP employees and external participants, he explained about the importance of bees for humans. After cattle and pigs, bees are the third-most important animals used for production. 80% of agricultural plants depend on their pollination, which is also essential for 35% of the foodstuff we consume. Honeybees produce an economic output of two billions euros in Germany and a total of 70 billion euros worldwide. Given this dependency, it is important to develop methods of controlling the bee colony collapse disorder.

This motivated Johannes Weber to take action and establish an urban garden. In contrast to the countryside, the city is an ideal place and refuge for bees as there is no risk of pesticides or the cultivation of genetically modified plants. Since it can be difficult to find flat roofs or gardens in the city, Johannes Weber came up with the idea to build bee boxes for housing the bees, which can be affixed to a balcony like a flower box. This simple concept is also very attractive. Johannes Weber developed his idea further, applying for the Social Impact Start scholarship. This is an SAP program supporting social start-ups in the early phase of their socially innovative business ideas. As a selected candidate, Stadtbienen has benefitted from SAP’s mentoring and financial support for six months.

SAP has promoted this social business with ecological impact internally with the intention to set up bee boxes at the SAP campuses in Walldorf, Rot and Markdorf as well as at the SAP AppHaus Heidelberg.

After the initial theoretical input, the workshop participants jumped into action and built one bee box within each of their groups. A construction manual and the advice of Johannes supported the groups while they put together the pieces of wood using nails and screws. This group work has served as the basis for working together in the future on maintaining the bee box. 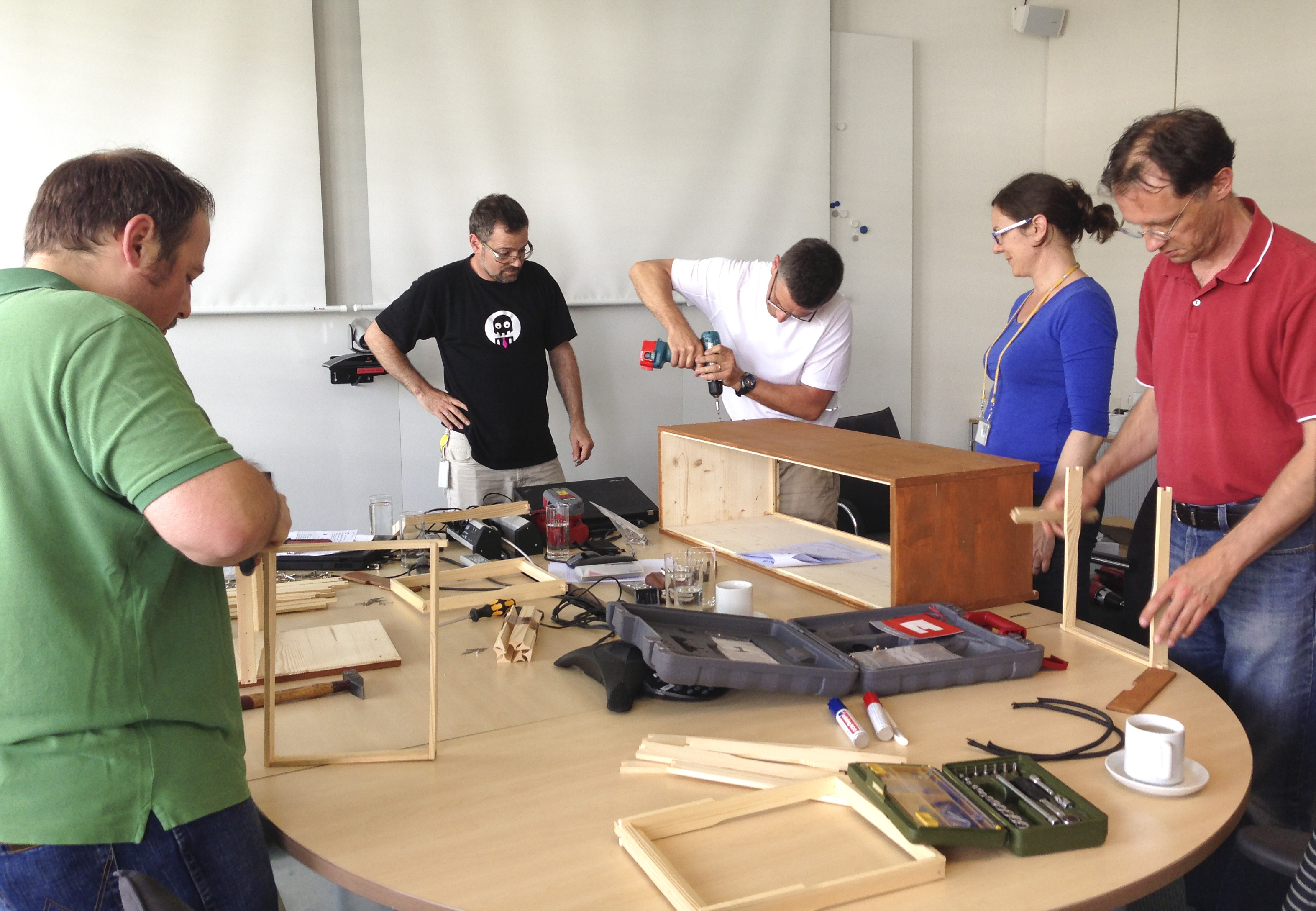 This practical exercise was followed by another theoretical session in which Johannes Weber outlined how much effort is needed for the beekeeping going forward, which is no more than 20 hours a year. The beekeepers need to clean the box, supply the bees with enough water and insert new partition frames as soon as the bees have filled the honeycombs. He also shared his own experiences with beekeeping. Some of the participants have already had previous knowledge or are even beekeepers themselves, which led to interesting discussions.

At the end of the day, Johannes Weber finally set up the bee box at the company site. He implanted a swarm of 15 000 bees into one of the boxes built by the participants who will from now on take care of the bees at their locations respectively. 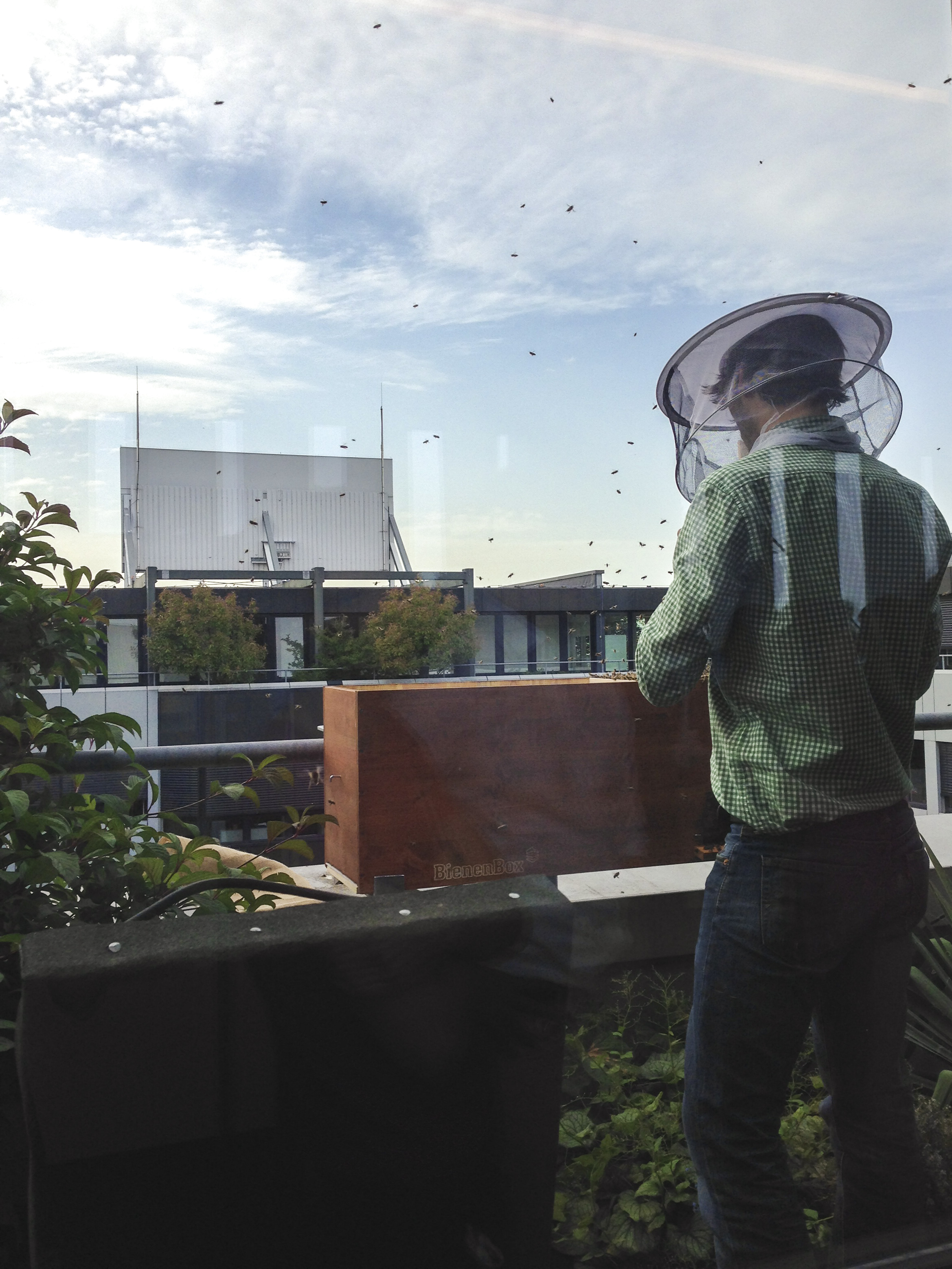 So far, there are 40 balcony beekeepers throughout Germany offering bees an unconventional home in towns and cities, with this figure set to increase in future. There are additional 40 people keeping bees in their garden or on the roof. Stadtbienen and the supporters of this social impact start-up bring the bees back to the city and thereby make a valuable contribution to biodiversity.