Can Tattoos Hurt Your Chances of Getting a Job?

Have you noticed the recent explosion of tattoos in the United States? I can’t count how many college kids I see with multiple tattoos. And the people I see aren’t favoring small, discreet tattoos, but large tattoos not easily covered, especially in the summer. I know I must sound old-fashioned, but I can’t help but wonder if tattoos, especially large or very visible tattoos, will negatively impact their chances of getting jobs in more conservative fields like finance and business.

My gut instinct tells me that small, inoffensive tattoos, or those that are easily covered, will likely not have a negative impact on young job candidates. Conversely, excessive body art, or tattoo placement on the face and neck probably will hurt job seekers.

I did a little research and found that my instincts are close. Since hiring managers are largely Gen-Xers and Boomers, they grew up in a society that largely frowned on tattoos. However, as Millennials move into management roles, they are less likely to be put off by body art.

From The Huffington Post: Tattoos Still Reduce Chances Of Getting Hired, Study Finds

“Yes, visible tattoos still carry a negative connotation among employers and could be hurting your chances of getting hired, according to a new study by Dr. Andrew Timming of St. Andrew’s University School of Management in Scotland.”

The reader comments actually interested me more that the article itself. Body art is a sensitive topic, and the commenters expressed both strong support AND strong opposition to tattoos in general. I admit, the trendier it is to have tattoos, the less appealing they are to me. However, I once worked with a genius (he spoke 7 languages!), and while his multiple tattoos and dozens of piercings were a bit distracting, I was lucky to have such a remarkably talented person on my project team.

So, are tattoos taboo or should diversity and inclusion guide today’s hiring managers?

[Originally posted on The XM-Files] 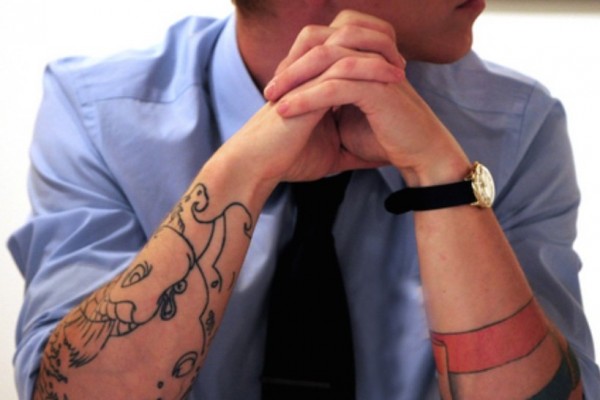