The following error message (or very similar) appears when you attempt to refresh a SAP BusinessObjects report built off a SAP BW BEx query using BICS.

The input string will differ based on the environment, but the key to this is that the format is incorrect.  In the above example, the input string value is 2000,0000.  The thousands separator is in the incorrect location, thus throwing the java.lang.NumberFormatException.  I’ve included screenshots of what the error looks like in both Crystal Reports and Web Intelligence.

Web Intelligence throws an error code of WIS 00000, which is pretty generic.

What is Causing This? 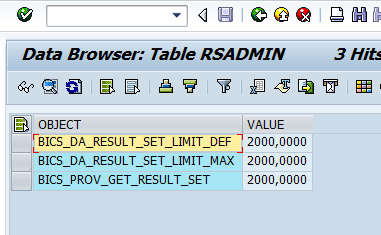 To resolve this issue, the Safety Belt objects should be corrected to specify the correct, intended values.  KBA1773823 explains how to make the change.