Let’s get things from one place to another, figuratively and literally. This week’s Top 5 blog posts on SAP Business Trends explore how to get a sports star from one end of the U.S. east coast to another, how to hurl a tennis ball from the Philippines to England, and how to get your company from lumbering to running efficiently.

U.S. professional basketball player LeBron James has many years of illustrious performance under his belt, including two NBA championships. Data and sports fan Ryan Somers regales us with 10 reasons why “King James” would beat the Heat by playing for Philadelphia.

Intrapreneurs drive change from within organizations, acting as entrepreneurs to benefit their organization with rapid innovation. Thomas Odenwald delves into intrapreneurship, which quickly converts a vision into prototype — and then into market success.

No. 3: Wimbledon 2014: How Slazenger Tennis Balls Ace The Tournament

No. 4: NFL Player Comparison Tool: Transforming the Casual Fan into a Fanatic

Die-hard fans of American football often have tremendous intuition about the game, and that used to convey a daunting advantage when playing fantasy football. Christine Donato examines a playfield-leveling analytics tool that benchmarks athletes against their opponents.

In-memory computing has been a hot topic lately, but much of the disparaging talk is misleading. So Steve Lucas sets the record straight with SAP’s take on the technology, which includes running powerful business applications on one platform while reducing IT complexity. 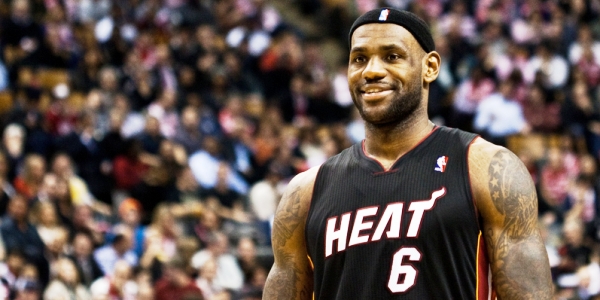