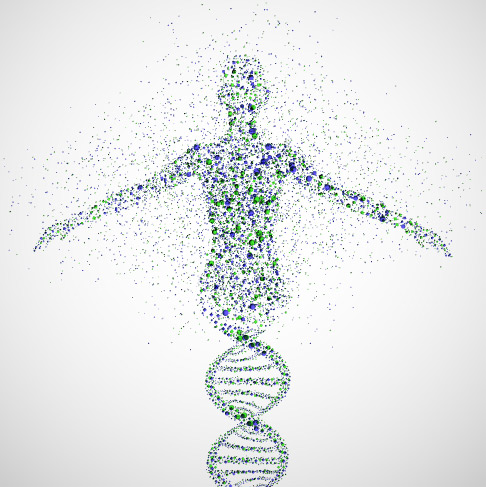 “I carry a ‘faulty’ gene, BRCA1…I had an 87 percent risk of breast cancer and a 50 percent risk of ovarian cancer,” Angelina Jolie explained last year in her New York Times op-ed announcing her decision to undergo preventive double mastectomy. In a recent cover interview with Entertainment Weekly leading up to the opening of her film Maleficent, Jolie utilized the publicity to announce plans for continued preemptive surgery, casting a celebrity-revved spotlight on the role of genes in healthcare.

Yet for all the recent buzz over Jolie’s medical rollercoaster, the topic of genetics is nothing new – 60 years have gone by since Watson and Crick made their breakthrough DNA discoveries, and we have reached new heights in the past decade by mapping the full human genome. And from what we have learned, we know that BRCA1 is just one of many possible genetic mutations of more than 32,000 genes comprising three billion base pairs.

Many scientific leaps and billions of data points later, how exactly are these advances in genomics improving healthcare? Today, sequencing a full human genome costs $1500 and takes 27 hours; while these figures are minuscule compared to the billions of dollars and years invested in the Human Genome Project, this process is far from being fully informative and accessible to all. Even affordable genetic data service 23andMe which once offered health-related genetic reports told my friend Josh that the conclusions drawn from his data may not actually apply to him. Josh is Chinese but most historical genomic data is based on people of European descent. Many years and countless technological innovations later, we’re still a long way from translating information into meaningful outcomes for the best possible healthcare – for all.

It took attending the annual Clinical Genome Conference (TCGC) in San Francisco this week on behalf of my company’s healthcare team to appreciate the true complexity bottle-necking healthcare breakthroughs – I came to realize the issue is far beyond just capturing genetic data. TCGC brought together top research institutions and private entities in the genomics space that, without venturing too far into the scientific weeds, continually stressed that genetic data only scratches the surface of all health-related factors.

The other two primary factors include lifestyle and clinical (or medical) background. Not only are the points of data relevant, but the interplay between all three factors is also significant. A lifestyle driven by an all-cheeseburger diet and clinical background containing a history of frequent physical injury altogether spell bad news independent of biology. Throw into the mix the genes of the unknown millions of other living things in the world and those of living things they carry. The thought triggers a painful flashback to last September, when a ravenous Filipino mosquito launched a dengue-like infection into my bloodstream. I was crippled for a week by the little bugger, and while that sounds unpleasant, others haven’t been quite so lucky.

The next leap forward for genomics is to tackle a big – no massive – data challenge. Beyond the overwhelming volume of data, TCGC brought to my attention the siloed, not-so-analytic-friendly, and historically European-centric nature of this data, not to mention the sluggishness and costliness of conventional computing systems. Genomics is begging modern technology for a breakthrough so that researchers can crunch data cheaply, quickly, dynamically, and interactively. We need to simplify and convey meaning from the data.

Fortunately the conference also highlighted revolutionary collaboration between market leaders in technology designed to crack immense data in seconds, such as Stanford School of Medicine and SAP with its game-changing HANA platform. Initial findings alone trump conventional wisdom in health – and in record time.

1. Type 2 Diabetes (T2D): A 2012 study found that the risk of T2D was significantly higher for Americans than for East Asians, with other global populations in between based on 12 risk variants examined across 49 individuals. With conventional computation procedures the study was only able to examine fewer than 10% of all relevant risk variants. By the time of its publication, it was one the most reliable studies on the market.

More recently, Stanford sought to establish confidence in these conclusions through genomic data from 629 people from West Africa, Europe, East Asia, and the Americas, filtering all 125 genetic variants associated with T2D. Using SAP HANA, the analysis took minutes, and the next study is on its way to mine through 2,534 individuals’ data for a number of other diseases.

2. Cancer: The National Center for Tumor Diseases (NCT), a cancer treatment center and research clinic in Germany, has combined genomic data from at least 150,000 patients, with structured data (like tumor documentation and clinical trials) and unstructured data (like doctor’s letters, treatment guidelines, and publications). This will allow NCT to deliver personalized medicine based on actual evidence as opposed to historical practice.

3. Tackling Multiple Diseases: Mitsui Knowledge Industry (MKI) and ConvergenceCT leverage HANA for large-scale analysis. MKI helps pharmaceutical companies analyze genomes, making the development of drugs to tackle “driver mutations” quicker and cheaper. Before, DNA extraction and analysis could cost up to $1 million. Now, the cost can be reduced to under $1,000.

While public icons like Angelina have brought awareness to a particular genetic case, it’s a tall order to crunch the billions of other genomic data points in conjunction with the rest of the data out there. With revolutionary technology, the hope is that increased solutions can bring more options, and a way to hack health through the human code.

For more on HANA hacking healthcare, now in beta testing mode partners, check out this talk by Enakshi Singh, SAP Product Manager for HANA in Genomics and Healthcare, as well as my recent excursion in San Francisco below.