I’ve got a World Cup FEVER and the only prescription is more SAP Lumira!

SAP Lumira and World Cup Fever in the Media

The SAP DataViz team in Vancouver has created a physical infographic for World Cup fan engagement, here’s the latest view of the viz-map live from SAP Vancouver: 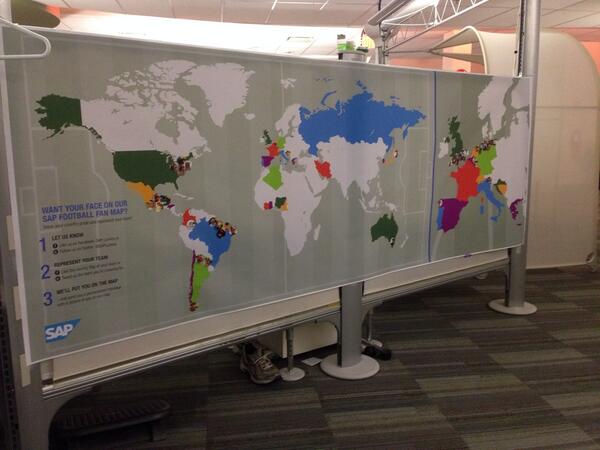 Next week we will be sharing more analysis and World Cup team insights including:

Share your insights and analysis with SAP Lumira and show your World Cup country spirit, learn how to join at www.sap.com/soccer-analysis and follow @SAPLumira on Twitter for updates.