What is the world saying about the World Cup?

The Innovation team from SAP Labs Latin America in São Leopoldo, Brazil, is displaying at our Innovation Center the real-time results of what users are saying in the web about the World Cup. They are using he software Insight Composer by Netbase (an SAP partner), which is a Cloud based Analytic solution.

We would like to share with you the data collected during the Brazil`s game, the opening game of the World Cup. The software takes about 11 seconds to get new data in the solution database.

The most used terms during the 90 minutes of the game were: 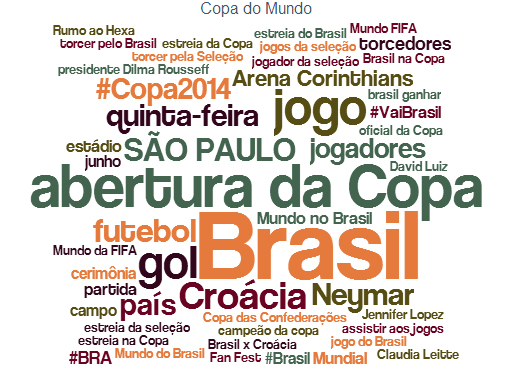 53.5% of the content generated was by the female public.

The tool also gets the feeling of the user and categorizes the positive feeling in green and negative feeling in red. It takes in consideration the whole context of the sentence instead of only words, also being capable of recognizing irony and sarcasm. Last but not least, the most mentioned brands that the users posted was: Now that we know what is going on in the internet about the World Cup, all we have left is cheer!!! In our case, it is for BRAZIL!