The sound of a packed stadium as your favorite player rushes into the end zone; the feeling of pride when sporting my favorite team’s gear; a kraut drenched hot dog and the first sip of ice cold beer in the stands … nothing beats it.  But for many, the love of football stops once their team is out of the playoffs, but why sell the season short?

Practically everyone in the office, friends, and family members compete for the title of “champion” and automatic bragging rights of their fantasy football league.  During football season, the buzz is impressive but one thing is clear – in fantasy football, die-hard fans have a major advantage with superior knowledge and insights compared to the casual fan. But lucky for them, that’s not the case anymore.  In partnership with SAP, the NFL launched an enhanced fantasy football analytics platform that offers users real-time insights.  The NFL’s Player Comparison Tool is powered by the SAP HANA Cloud Platform and visualized by SAP Lumira. It’s available exclusively on http://www.NFL.com/Fantasy and enables all sports fans to experience their passion in new and exciting ways, rather than starting players based on the color of a team’s jersey. By gaining precious insight into individual players’ stats, the total number of 188 million die-hard NFL fans is sure to grow, and they’ll make more informed and strategic lineup decisions to add parity to every fantasy league on NFL.com.  Even experts like fantasy guru, Michael Fabiano, would be impressed.  The Player Comparison Tool forecasts NFL player statistics for games during the regular season, helping to pick the fantasy stud by factoring in statistical performance and intangibles like injuries and player rest. The tool benchmarks players against their opponents’ defense, analyzes historical player statistics, dissects how a player will react to weather conditions, and even predicts how a player will adapt to a grass field verses turf.

With the NFL’s “Fantasy Genius,” users can be in line with their opponent, outlining exactly which type of impact players are needed for a particular week.  The system even predicts how many points each player in each individual team is going to earn during a specific time frame. Weighting these critical categories can be customized as well, so if a manager would like to take a bit more risk in hoping for that dynamite performance, he can do so. Or, if the manager expects a win and just needs consistency, he can play it safe as well.

Take a look at this short video to hear how the NFL is perfecting the fan experience:

Utilizing cloud solutions from SAP supports the continued innovation and enhancement of NFL.com’s fantasy football platform, and helps maximize the football season.  SAP and the NFL are deepening the NFL.com fantasy football experience, providing fans with enhanced analytics and functionality within the game. Expect to see the casual fan screaming at the TV all season long, jumping into the excitement behind each catch, big throw, long run, and touchdown. Every game and every snap is now truly, must see TV.

Interested in more articles on SAP’s partnership with the NFL? Read these:

For more information on SAP HANA, check out IT&Me. 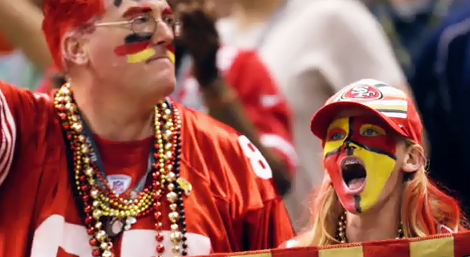