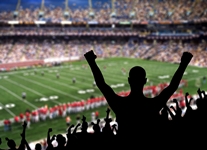 American football is one of the most lucrative sports in the world, generating approximately $9 billion last year. However, filling stadiums with happy fans requires a full team effort from employees on and off the field. That’s according to Sean Kundu, Director of Human Resources and Employment Counsel at the San Francisco 49ers, who spoke at SAPPHIRENOW held last week in Orlando, Florida.

“Getting people to leave their comfortable homes and come to any stadium is our biggest competition. We’re fighting this by building a leading edge, 21st century stadium with high density Wi-Fi, and new applications for fans. We’re also planning major growth from 150 to 1500 employees in the next few months so we can run the stadium, which is a very different business than running the football team,” says Kundu.

Recruiting employees who can disrupt the sports industry

Although everyone is the 49ers C-Suite is under age 40, and Kundu recognizes the growing millennial population, he finds little difference in what most people want. “All generations of workers want the same thing—feedback and attention. Everyone wants to be heard. Millennials just talk about it more openly,” says Kundu.

The team’s approach to performance management is therefore focused on continuous communication enabled by technology from SuccessFactors. The strategy is to recruit, hire, retain, and manage a fast growing pool of great talent. Kundu believes that if these employees can provide great services, the 49ers can disrupt the sports industry. “Every person we hire contributes to the guest experience from parking to ticket taking to food. If everything is simple, friendly, and easy, you’re going to want to come back. You can’t control what happens on the field but we can control the fan’s experience overall,” he says.

Using SuccessFactors software, the 49ers organization is able to streamline the formal performance review process that also includes informal and quarterly conversations between employees and managers. Kundu says that workers appreciate the easy access on mobile devices to share self-assessments and give feedback. “We wanted to simplify the performance management system so that people have the tools they need to talk to each other and check in on a regular basis. Having this cloud-based system means we can get that information and report on it quickly. You can be anywhere on your phone or tablet, and we know this will help us manage our fast-growing staff.”

Like every organization bringing in new technology to change processes, Kundu credits change management efforts with adoption rates. “After rolling this out, we’ve found that we really needed managers to have personal interactions with employees to get them excited and into the system using the tools,” he says.

Pre-populated language for evaluations has also helped, reducing the time it takes workers to complete evaluations by over 80 percent. “What people find most challenging is writing down details for evaluations. Not all managers are great writers. By having a pre-populated library language in the performance management system that describes common activities, we went from people spending half an hour or more to about five to 15 minutes to get the task done,” says Kundu.

In the always-on networked economy, managing the people that comprise the numerous touch points of the customer experience has never been more important. The 49ers team aims to win the battle for fans in the transforming sports and entertainment industry.