I hope you have enjoyed the SAP HANA Academy’s coverage of the 2014 Indian Premier Twenty20 Cricket Tournament using data processed by SAP HANA and visualizations created with SAP Lumira and SAP Crystal Reports. In our final video and post we will give a brief overview of a few interesting statistics from the eventful 2014 tournament with visualizations built with SAP Lumira in the Cloud. With a dataset generated from a CSV file containing data from every ball that has been delivered in the past three seasons that was created using SAP Data Services, we demonstrate how to build and animated an area chart, a correlation graph, and a pair of geographic maps overlaid with Cricket data. SAP Lumira in Cloud can easily build dynamic and engaging analytics on Cricket data that efficiently conveys useful information. This powerful and free BI tool can be accessed from anywhere in the world with an internet connection once the initial dataset has been created.

Check out the brief hands-on tutorial video on analyzing Cricket data in SAP Lumira in the Cloud. 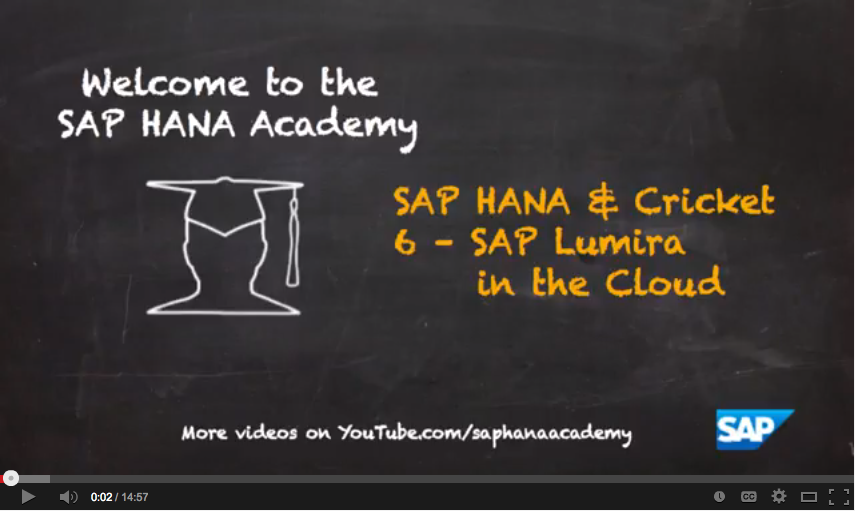 One of SAP Lumira in the Cloud’s unique and very useful features is the ability to animate graphs and charts to show the changes that occur to the data when it’s filtered by a succession of a dimension’s values. The Kings XI Punjab set an Indian Premier Twenty20 Cricket tournament record for highest average match score due to their tactic of front loading their lineup with powerful batsman, such as Man of the Series, Glenn Maxwell, who aggressively strike for boundaries from the onset of their innings. With SAP Lumira in the Cloud we can discover how many runs each Kings XI batsman scored in every match throughout the tournament. By animating the chart by match date it quickly becomes apparent that in nearly every match at least one of the Kings XI early batsmen scored at least a half-century. The 2014 Kings XI offensive approach could very well be the gold standard for Twenty20 lineups as many teams in the future may imitate this tactic to best take advantage of the format’s limited number of overs.

Using a city’s latitude and longitude we can quickly compare statistics from each of the tournament’s eight teams by overlaying pie chart charts on top of a map of the Indian subcontinent in SAP Lumira in the Cloud. By excluding all of the balls that didn’t result in an out, we can plot pie charts dissected by dismissal types to show how each team took all of the their wicket’s during this season’s tournament. The Kings XI Punjab took the most wickets in the tournament while the team with the best economy rate in the season, the Champion Kolkata Knight Riders, were the only team that didn’t take at least 50 percent of their wickets from catches. 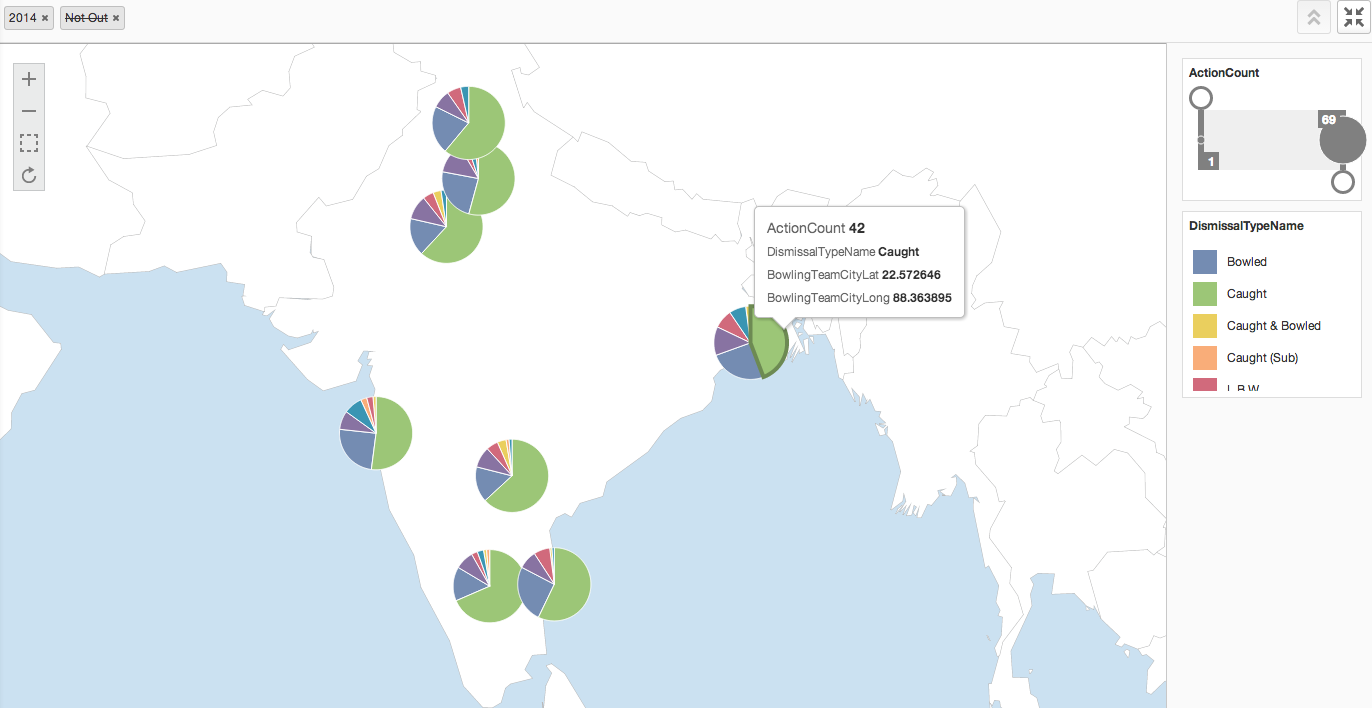 Thanks for reading the SAP HANA Academy’s coverage and analysis of the 2014 Indian Premier Cricket tournament. Hopefully all of you cricket fans discovered some interesting statistics and trends of the exciting action on the pitch with visualizations built in SAP Lumira using data processed by the blazing speed of SAP HANA.