The SAPPHIRENOW / ASUG conference was held last week in Orlando.  From an SAP Custom Development perspective (that’s the team I get to work with every day), we had a lot of activities going on. Now that it is over, I thought I would share a few of my favorite personal impressions and photos with you. 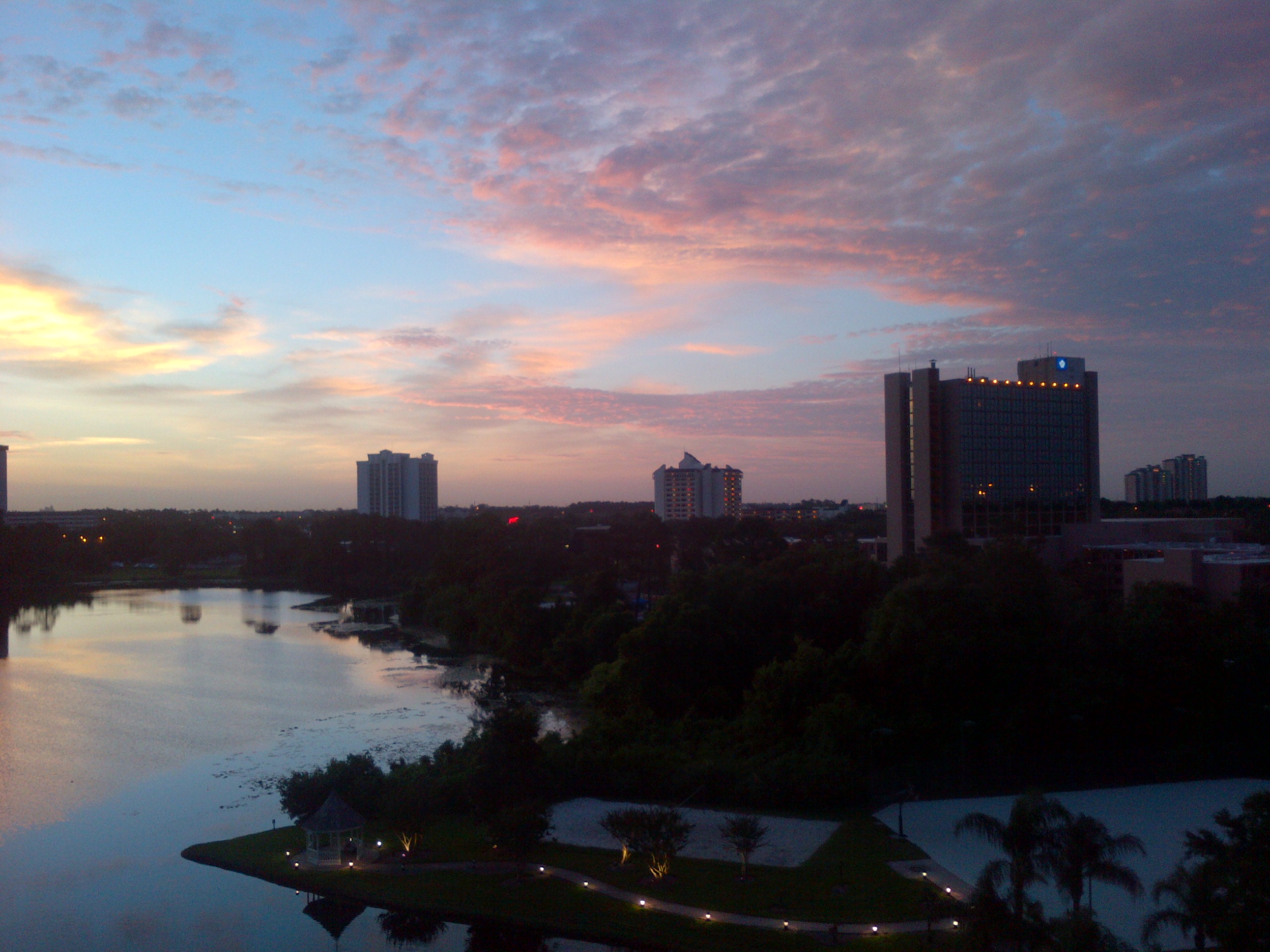 When I joined SAP America, there was me and 42 other colleagues … and no such thing as SAPPHIRE. This year I will celebrate my 25th anniversary with SAP, and this is quite possibly my 20th SAPPHIRE.  I am always in awe of that first glance up at the welcome sign and first step that I take into the convention center. It never gets old. 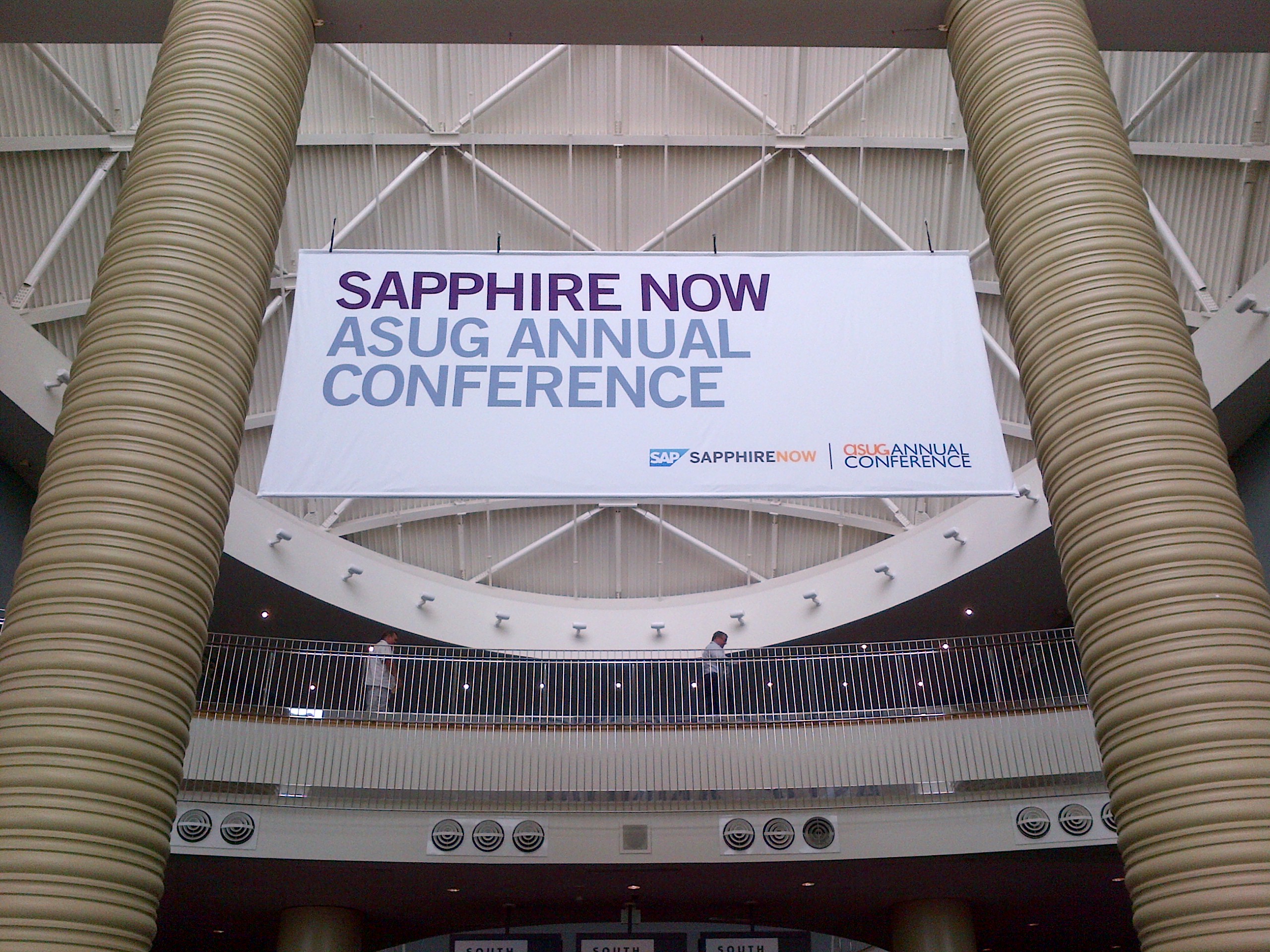 I am a huge proponent of diversity in the workforce (co-founder of the business women’s network at SAP in Newtown Square) and loved that Bill McDermott opened his keynote with three young innovators. One in particular made me ask the question, “am I pushing my own boundaries far enough?”  Kelvin Doe (a.k.a DJ Focus), a young innovator from Sierra Leone used trash for spare parts to fuel his passion – building batteries, generators and transmitters. Completely self-taught, Kelvin has created his own radio station where he broadcasts news and plays music under the moniker, DJ Focus. And now he is studying at MIT, working on an idea to power mobile devices via the power of walking. I sure could have used that while walking the 1 million square feet of show floor! 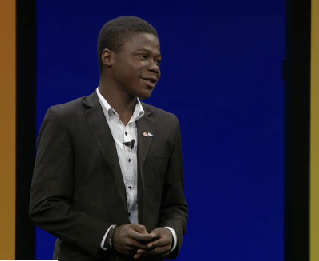 Captain Chesley (Sully) Sullenberger spoke on “Leading Your Team to Success”. His humility inspires me to be a better person and a better leader.  My three favorite sound bites from his speech, which aren’t particularly earth shattering … but always a good reminder: 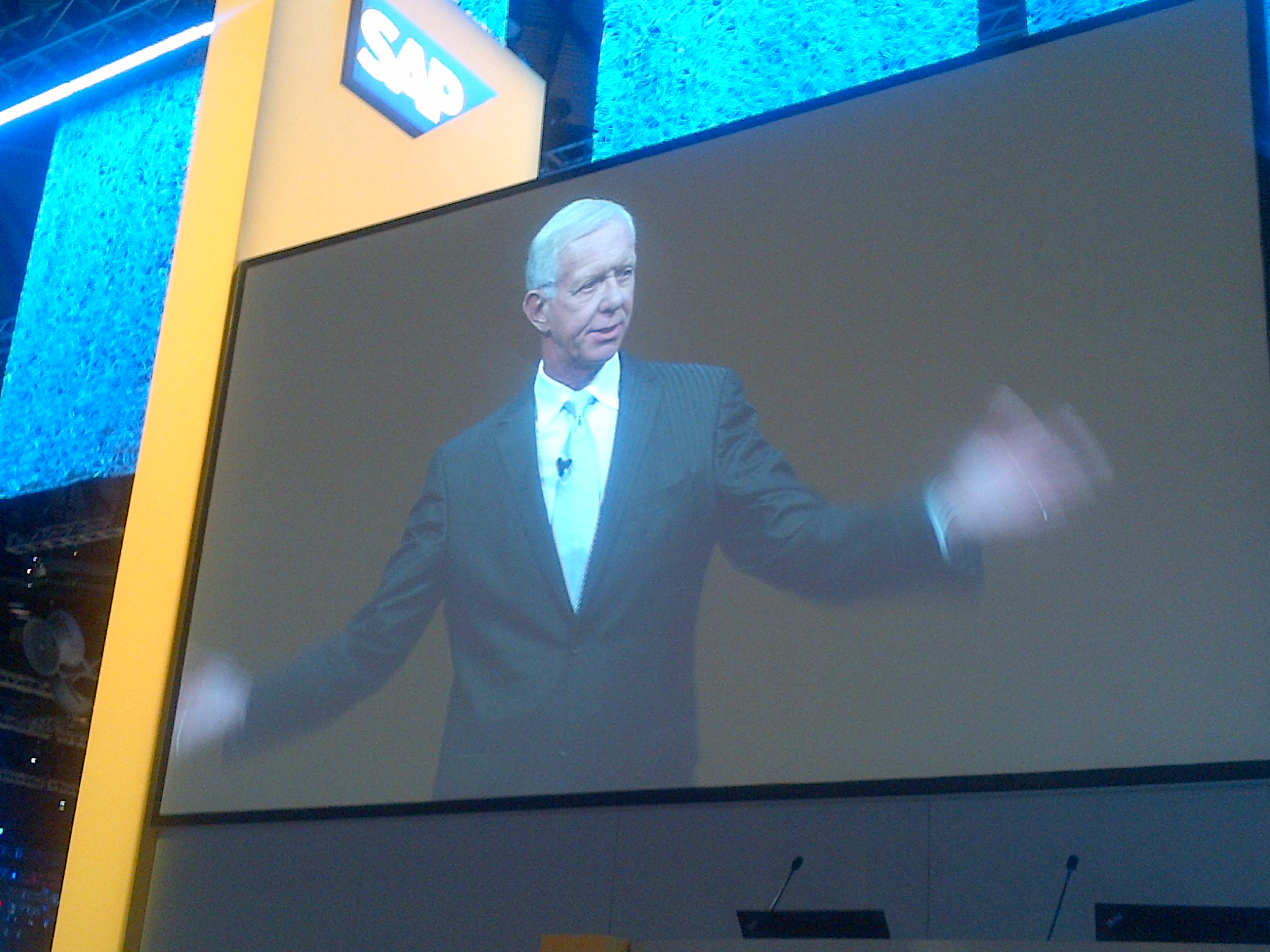 ·     We get to work with some of the greatest customers at SAP Custom Development! John Deere joined Hasso on stage to discuss how they use their custom built solution to find problems before problems find them! Hallmark spoke about their move to a digital enterprise and how innovation is enabling REAL transformation in their business.  EMC spoke about delivering service excellence and featured the solution for SAP Multiresource Scheduling (originally built by the SAP Custom Development team).

I will always love Hasso!  While his keynote was interesting, he was also fun to watch in other sessions. He still has such an entrepreneurial spirit and his general message was that there is no better feeling than that of early success in a startup or a new project. He encouraged us all to enjoy that phase. It is great to see that you can feel like a kid in a candy store at any age! 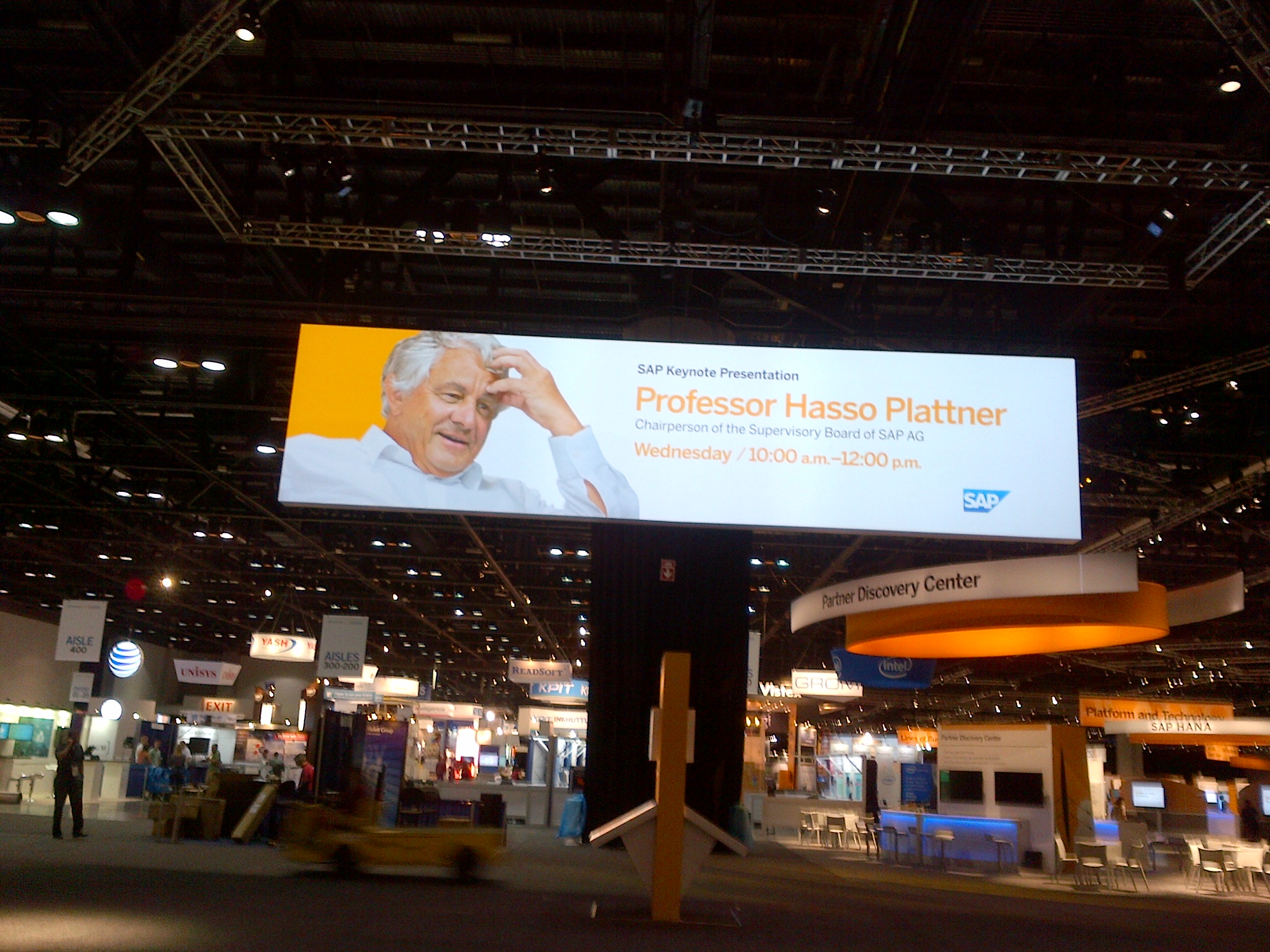 In case you missed it, the main message was “Run Simple”.  🙂 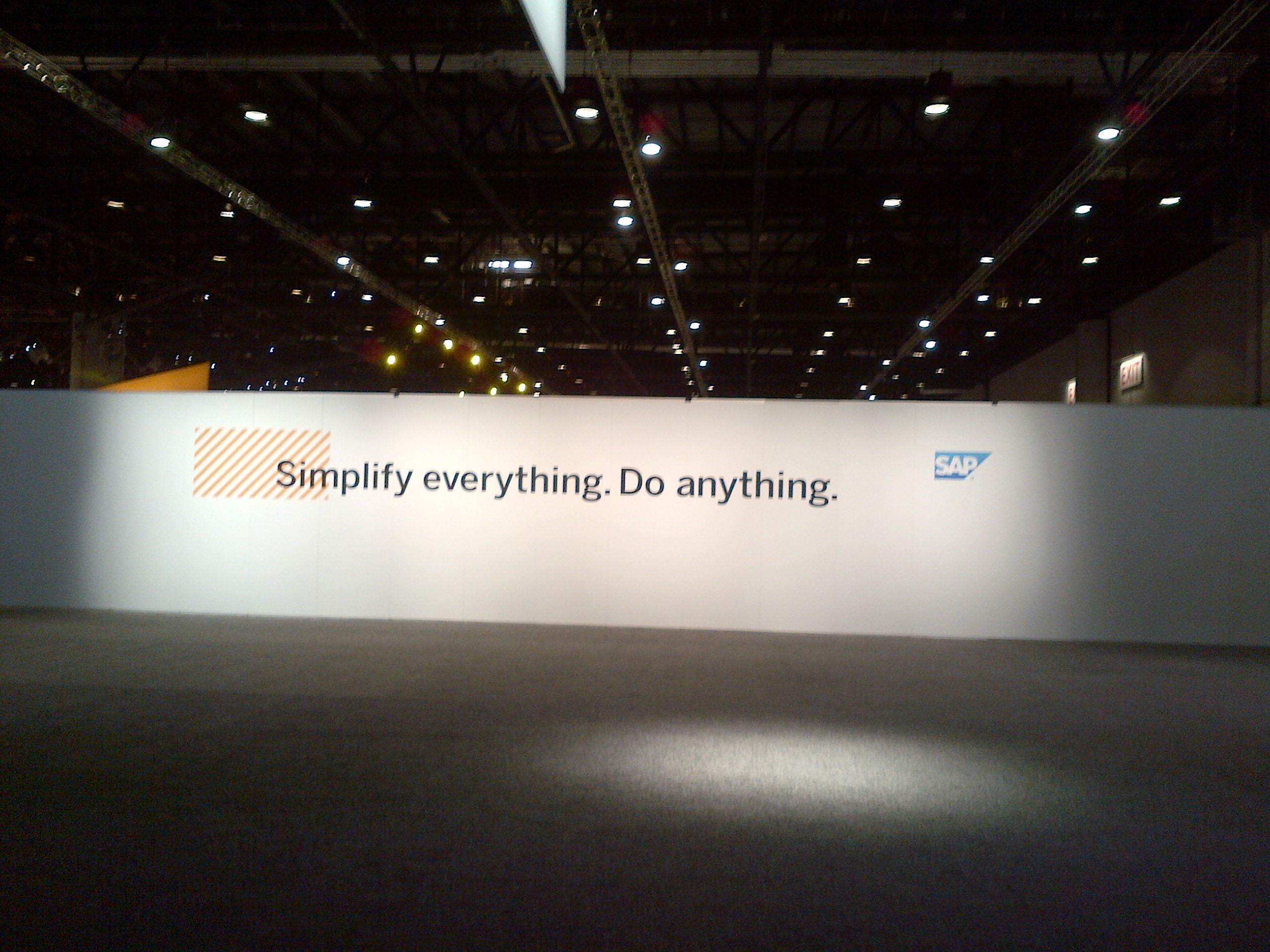 Next year’s SAPPHIRE will be held in Orlando again, May 5-7 … with my birthday right in the middle. Hoping I have the privilege to attend again next year!

Were you at SAPPHIRE too?  Did you watch the replays?  If yes, I would love to hear your favorite impressions from the event!

Great blog, Mary! I'm also a SAP veteran, but this was my first SAPPHIRE/ASUG. A fascinating experience. Hope to attend a few more in the future.

Glad you finally made it to the event, Paul!  Hope you have the opportunity to attend again next year!  In the meantime, thanks for your part in keeping alive the SAP vision of helping businesses run better.

Having been to some 10+ SAPPHIREs, I can agree - it's always exhilerating and inspiring. When I went as part of SAP's PR agency, I felt proud to be affiliated with SAP; as an employee, I feel proud to be a part of such a remarkable business, doing things that impact the world and people.

Thanks for sharing your experience Phil! Glad to hear that the SAP pride lives strong in you! Looking forward to collaborating on future projects with your talent behind it! Cheers!