The first part of this covers my notes during part of this SAPPHIRENOW keynote last week: http://events.sap.com/sapphirenow/en/session/9602

Last part covers a follow up from the Steve Lucas Google Hangout last week where he indicated we would hear more about simplifying the BI suite.  The answer is found in an ASUG session and slides.

Figure 1 shows server deployment over 20 years, with 1 GB memory; today we can have 6 TB of memory

Aggregates are removed.  Flexible coding block in SAP Finance is used in the US for extra information:

We can keep all data in memory

The column store is better for math

For 42 years need to update totals tables; now there is no need and no need for indices 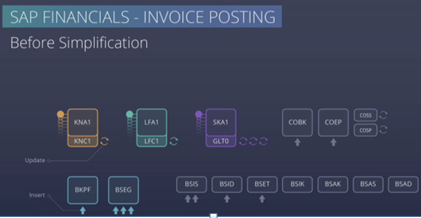 Figure 3 shows many of our FI table structures today with BSIS, BSID, BSAK being indices that makes it faster for us to report out of FI.

It reminds me of my first SAP project long ago, where SAP’s Diane Fanelli said “what’s this posting key 40, 50” ? (translation – debit and credit).

Figure 3 table names are cryptic.  Several table names/indices need to be updated in one FI document posting, along with GLT0 the totals table. 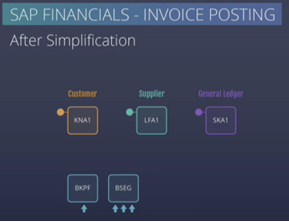 Now you are ready to do “simulation and prediction”.

It is minimalistic and cannot fail

Algorithms are easier to program than hierarchies

Some features include the “freedom to arrange on the fly”, with 1 second response, 8 seconds max for heavy task

It is “non-disruptive” for existing customers

SAP “made organizations last 40 years to work the SAP way”.

SAP said this is the “Biggest step forward in enterprise systems”

System is run on line item level, with no reconciliation for both finance and controlling

You can go from an income statement to line item level

With the state of finance, the user is alerted that things aren’t going well, but where?

She next clicked on Operating Margin (which is not going well) 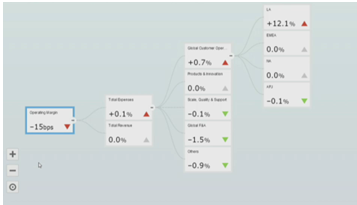 When she clicked on operating margin, it is processing 380M records

The problem in Expense area as shown in Figure 7, in South America

Figure 8 shows the results of drilling into the line item level details.

The message was “Simplify anything, do anything”

As a customer, this is good news, but for sure I have additional questions like “what about Funds Management”?  Will we see simplified finance there?

See Re: Future of Business Intelligence with SAP BusinessObjects

I recall the other week watching Steve Lucas on the Google Hangout – you can watch it here:

One of the questions was surrounding simplification of the BI client tools. 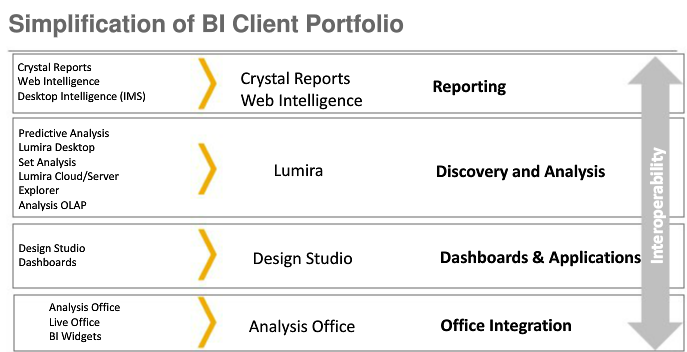 Figure 9 shows future direction, with no time attached to it, and the usual legal disclaimer applies that things in the future are subject to change.

In the discussion at Re: Future of Business Intelligence with SAP BusinessObjects it is important to note what SAP’s Ian McAlpine says:

“…so even when BI4 eventually moves into maintenace, it will continued to be maintained for 7 + 2 years.

Customers have commented that SAP has too many products in the BI4 suite which resulted in confusion about which product to use. You will have heard at Sapphire that SAP’s goal is to simplify everything to achieve anything… in the cloud and on mobile devices, with HANA as the foundation.

This requires the development of new tools and part of the simplification is to reduce the number of products. As the slide indicated, in this new environment in the mid-term, you can expect that capabilities delivered today by separate products in BI4 such as Predictive analysis, Set Analysis, Explorer and Analysis OLAP, are planned to be delivered in Lumira.

Thinking specifically of Analysis OLAP, in the new environment there will not be a dedicated OLAP client tool, but instead the OLAP worksflows will be addressed by Lumira and Design Studio”

A killer app for SAP HANA?