Contract Management has two standard functions as below

We can add reports to either of the functions for ease of the customer or as per the requirement.

Adding a report under Agreements

For example, if you want a report which will fetch all the Suppliers and you want to place the report under Agreements: 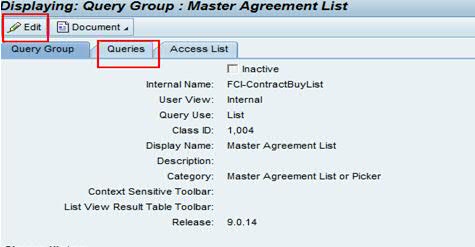 4.       Click on Add Query Reference & and the Query which you want to add under Agreements and click Ok: 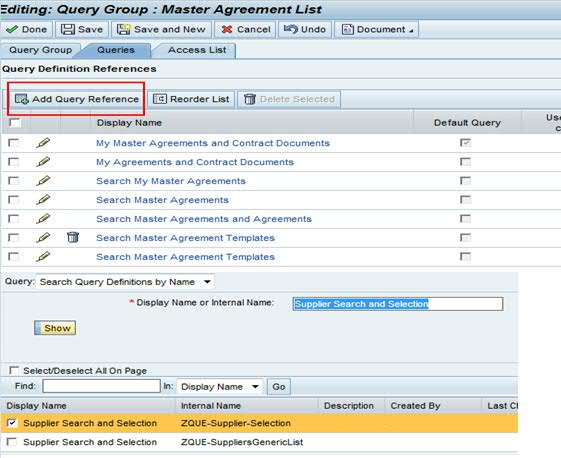 6.       Check the tick box Include in Top Level Navigation and click on Save and Done:

Adding a report under Clause Library

For example, if you want a report which will fetch all the Contract Document Templates and add it under Clause Library:

1.     Create a Query which will fetch all the Contract Document Templates and add it in Reports.

3.       Now click on ESourcing Analysis and then on Edit in order to make it editable. Then click on Contract Management

4.       Select Report Entry from the dropdown and then click on Add

5.       Now Add the Report which you have created and fill the details as follows:

6.     Click on Ok and Done. Report is added under Clause Library

1. Perhaps this it would be more helpful if you can explain how to obtain query group name, which is "Master Agreement List" in this case.

2. Second part of this blog is bit confusing. Procedure you explained for  "Clause Library" is to update reports displayed from top-level "Reports" menu. It is not for menu list from Contract Management -> Clause Library.

Sometimes there is the requirement to add up the report under the Clause library so it was written keeping that context in mind.