Coming soon – Rise of the Fiorier 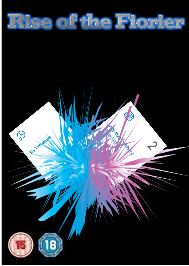 If you haven’t grasped what I’m hinting at here, I’ll expand a little further …

So what do I mean by Fiorier?

“yeah sure we can do that, I’ll just need about 2 days from an ABAPer”

It’s something we in the SAP world are familiar with and have been so for many years now,  and I’m sure for many years to come. To be clear, I’m not writing off the role or future of an ABAPer here, I’m simply saying there is a new role on the horizon that could potentially become as important as the ABAPer.

A Fiorier is someone who will be called upon to make changes / alterations / enhancements to the new UI standard from SAP, just like an ABAPer, but for a different technology.

Why am i predicting the Fiorier Role?

With SAP introducing SAP Fiori What is SAP Fiori UX?  Launched by SAP over a year ago for the 25 most used transactions, and then followed up with over 250 more in the recent months, it would be clear to say that the future of SAP UI is being laid out in-front of us. This has been followed with the BIG announcement by Bill McDermott at Sapphire that Fiori was to become included in the user license meaning that every SAP customer will have the option to run the new sap ui on desktop, tablet and mobile with complete ease.

What you may not know about fiori is that it is based on Gateway SAP Gateway (also free) and SAP UI5, which is based on Open UI5 which is open source, this means that if the Track Purchase Order Fiori App doesn’t quite fit your requirements, you need …. no not an abaper but a FIORIER to edit the code and take an app that was 90% perfect out of the box to 100% perfect for your needs.

The comic strip below explains exactly what i mean….. 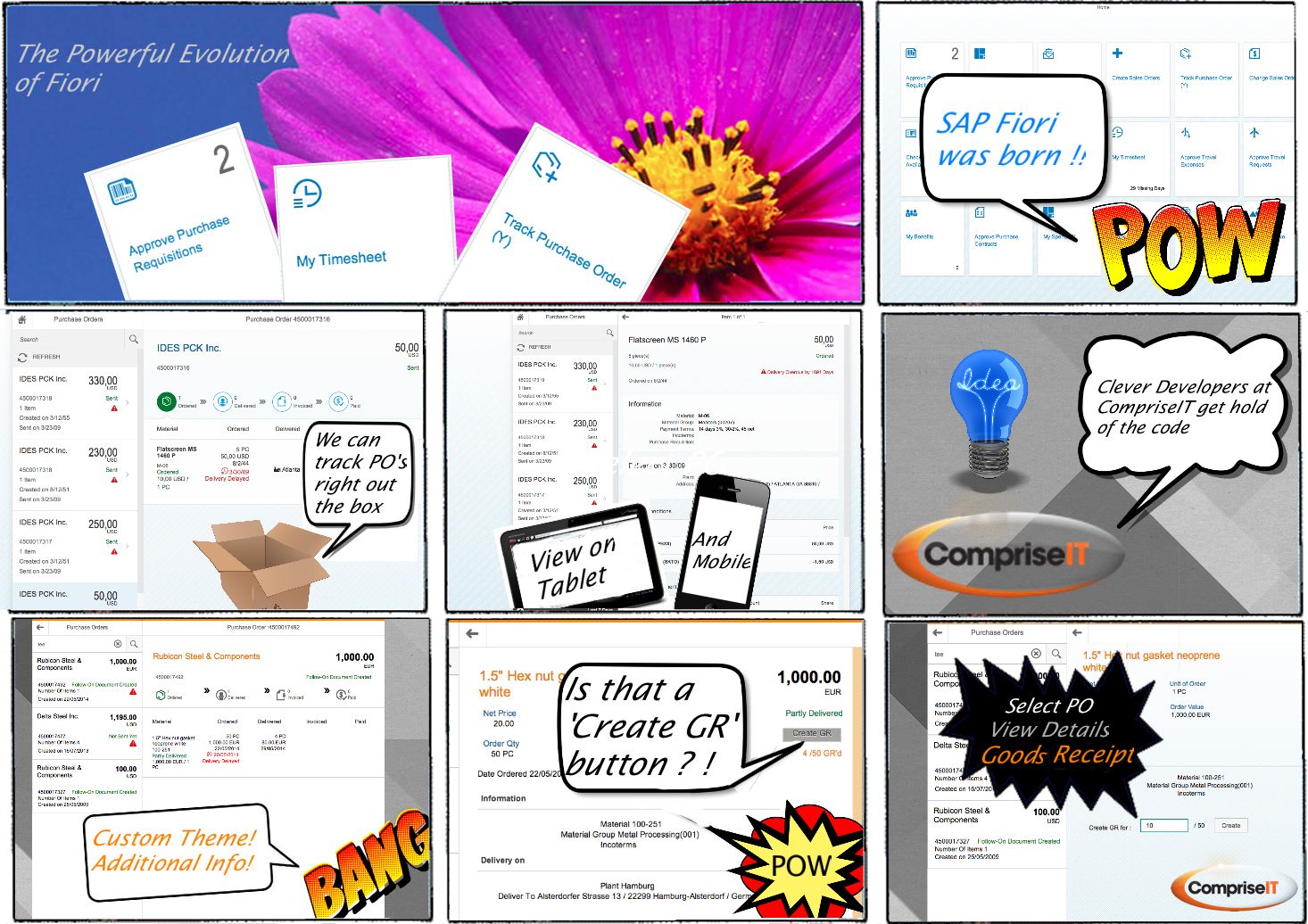 A Fiorier would be a javascript expert (not java – very different beast all together), they would be confident in CSS and have a solid background and interest in HTML development, after all the Fiori apps are all fully responsive websites.

What would they be worth?

Who knows? at this point the pool of potential fioriers is already pretty large, all current website developers and javascript experts could turn their attention to SAP as a potential source of work, although there would be an element of retraining to understand SAP and how the whole beast works.

How long will it take to become main stream?

This again is difficult to say but i would make a guess that over the next year you will see major service implementers turn their attention to the role UI5 could potentially play over the next 5 – 10 years. Understanding how to deploy, configure and MOST IMPORTANTLY how to enhance and create. Remember Fiori is showcasing a potential platform for change just as much as an application offering from SAP, I’m sure we will see many fiori styled applications hitting the SAP STORE in the coming months.

Fiorier is probably not the right title but I do feel a new breed of SAP consultant is growing whilst we watch SAP evolve, what we end up calling them … we shall wait and see.

Hope you enjoyed the blog 😆

I enjoyed reading your blog. How do you call super consultants who can handle both UI development (JavaScript) and OData development in backend (ABAP)? Super Fiorier?

'Super Fiorier' all the way.

There is a big bunch of sap consultants out there who long back had there hands dirty in SAP's BSP technology. They had a ton of html's, javascripts, css and abap code to work with in BSP. Since all of them already did both ABAP and javascript along with html. I see many of those consultants some day finding their way to becoming Super Fioriers.

Someone just needs to remind them of their powers 😛 . 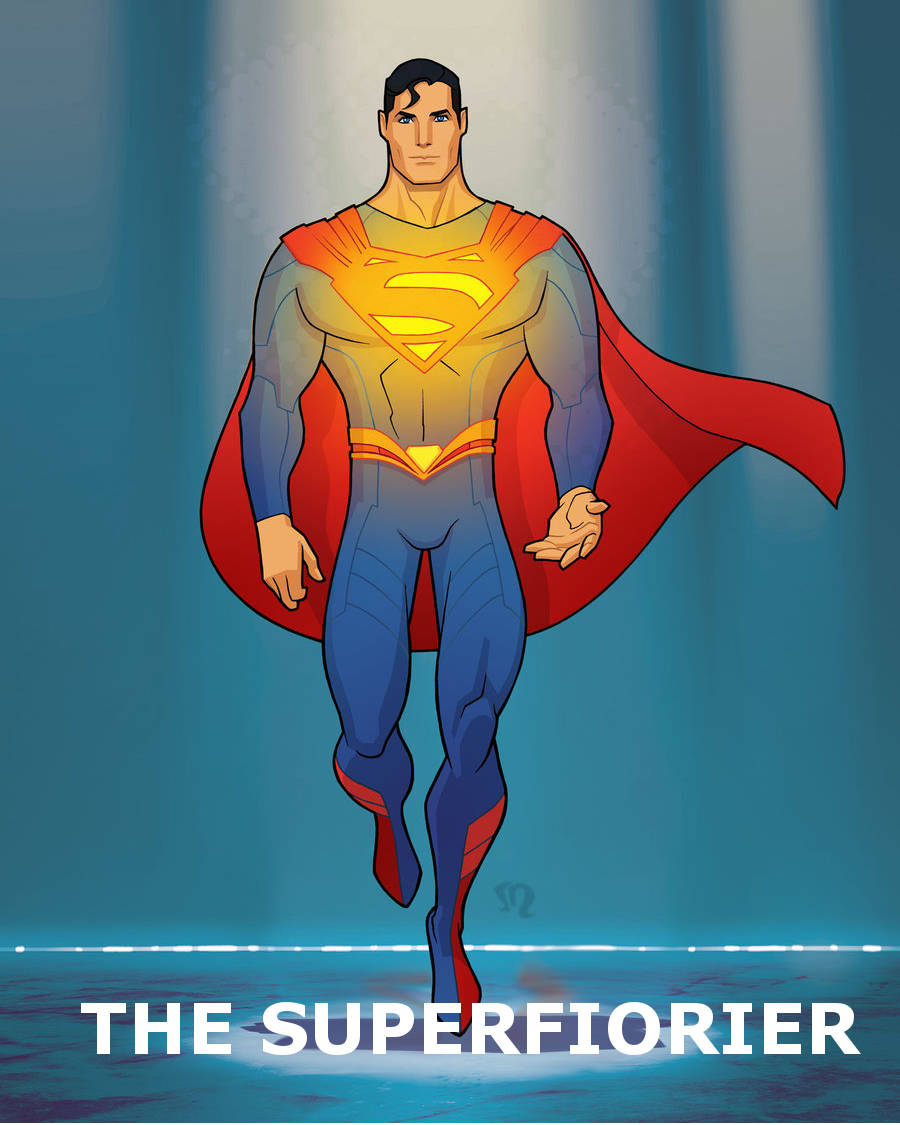 Interesting blog . The way Fiori UX is evolving, it sure seems Fiorier is the way to go 🙂 .

The trick would be to get the super combination of SAP abap and UI5/Java script.

Those who achieve that are sure gonna be in super demand !

A developer who can do work with HTML5, CSS, ABAP, Javascript,oData is obsolutely a super Fiorier. Firori installations are rapidly increasing due to easier licences, so the enhancements in Fiori Apps. Get ready Fiorier to make our hands dirty