Many customers and partners may want to change the standard text in SRM UI AddOn application.

For this SRM UI AddOn supports a customizing activity where one can replace the standard texts on the UI with their own texts. 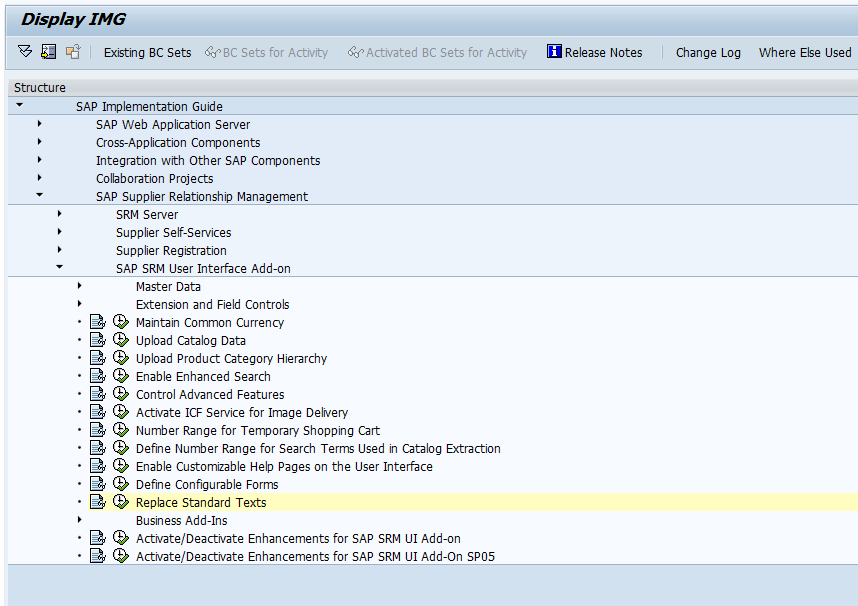 The following are two scenarios in which one can replace the standard OTR texts with their own OTR texts.

Scenario 1: In the Type of Mapping field, select All OTRs in the Package. 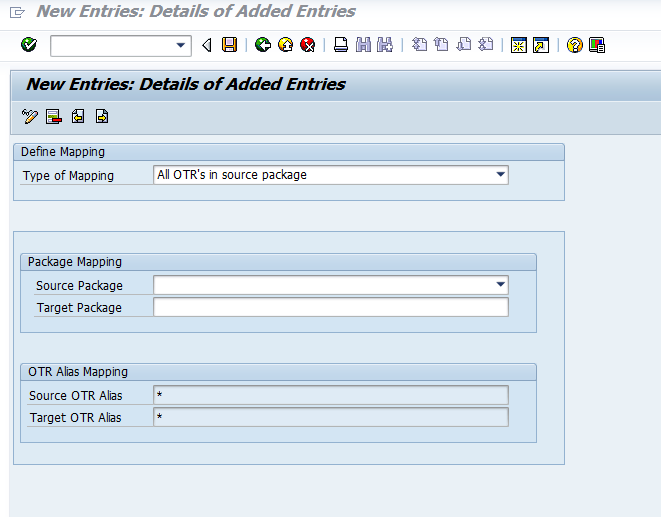 Now, one has created two OTR texts in the Target Package YYY:

Scenario 2:  In the Type of Mapping field, select Specific OTRs. 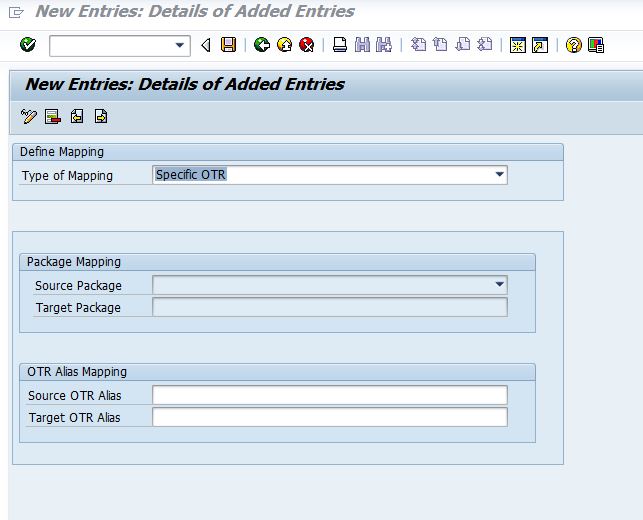