Last week the Student Entrepreneurship Bootcamp took place on 22nd-24th, 2014, in Walldorf. This bootcamp were organized in cooperation from SAP and
innoWerft to provide Startups the opportunity to develop a business model for their ideas and implement it with the latest SAP technology as SAPUI5 and SAP
HANA. In this case 29 students had a deep-dive hands on session on four different ideas. I was also allowed to participate in this bootcamp. In the
following summary I shortly want to describe what we did at this event.

A welcome speech held by Bernd Welz and Hans-Heinrich Siemers from innoWerft. After that the ideas and challenges were introduced and the teams formed. Till dinner wehad to develop the first business model. After finishing the first draft we got feedback from experienced trainers for improving our models.

Day 2: 23rd of May 2014 at SAP building 5 in Walldorf and the Student Homecoming Event in Mannheim

The first part of that day was to develop a prototype based on SAP technology with technical support from Uwe Kylau and Julia Lakatos. After that we went to theStartup Homecoming Event in Mannheim which was organized by the Mannheim Center for Entrepreneurship and Innovation. We visited exiting workshops and learned a lot. SAP also had a booth at this event and could inform other students about the SAP University Alliances Program. The day ended with a nice after-show party with live music which I enjoyed very well.

The probably most exciting day for me was the third day. We had to finish our business models and prototypes. After an introduction about some clues for the
right presentation we had to create a FIVE minute pitch. The pitch was held in front of very important managers: Bernd Welz, Hans-Heinrich Siemers, Albrecht
Holderrieth and Günther Pecht-Seibert. After every group has presented its models and prototypes, the panel of judges announced a winner of this bootcamp:
Shopoolit – An app which provides a community for people who are shopping for other people in their neighborhood who can’t. I joined this team at the beginning. But there were also very good ideas from the other teams. The manager decided to follow up the ideas as well.

In conclusion it was a very interesting bootcamp and I learned a lot. I am really glad that I could participate in this bootcamp and would like to thank at this
point Juliane Krampe, Niraj Singh and Waltraud Grimm for the chance to participate in it. A special thanks also goes to Carsten Hahn, Tobias
Hildenbrandt and Uli Eisert for being the trainer at this event. You all did a very good job!

I am looking forward to the next bootcamp. 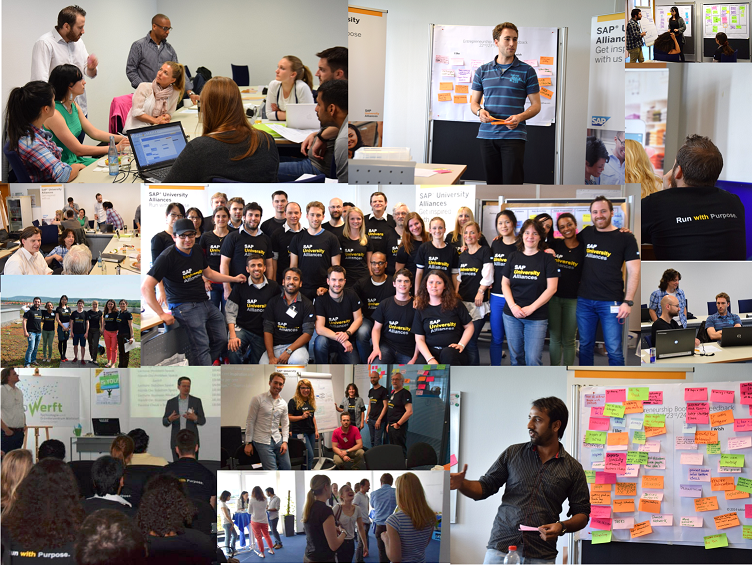