Recently, I came across a new requirement where user status reversal should be authorized by Superior. User Status change can be controlled by Authorization Key. By assigning Authorization Key to user statuses, same user can set as well can reverse the status based on Lowest & Highest Number.

This document is having this User Status control based on user authorisation as reference for this document. (Thanks to Riyaz Maner). 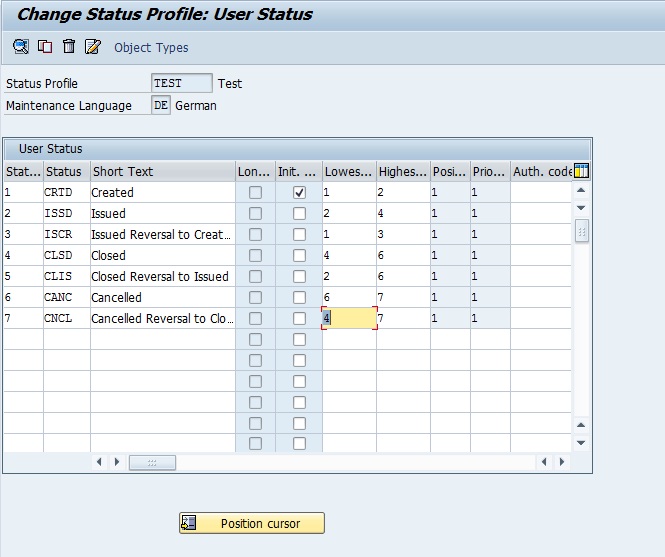 Initial Status “CRTD” has been set while creating new document 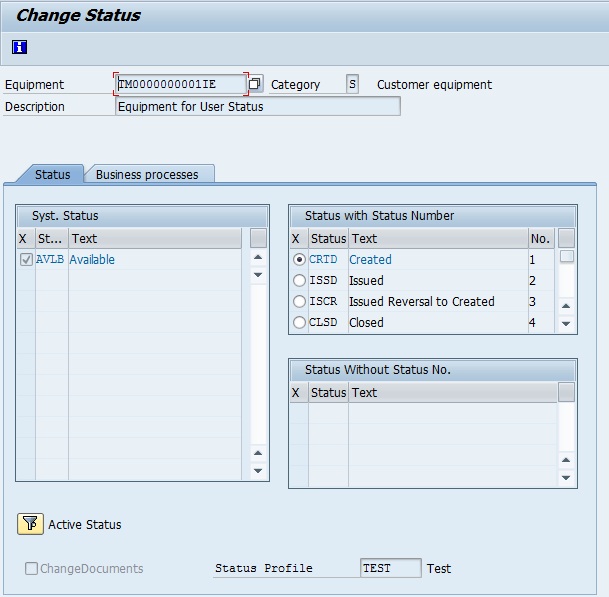 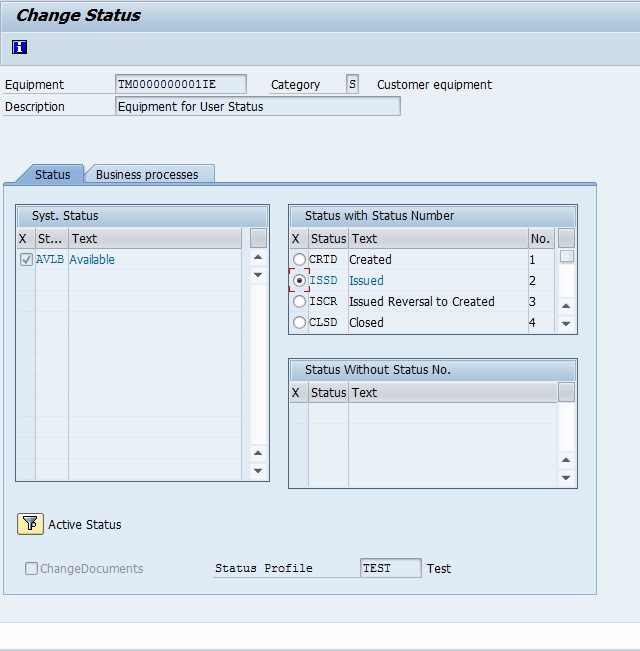 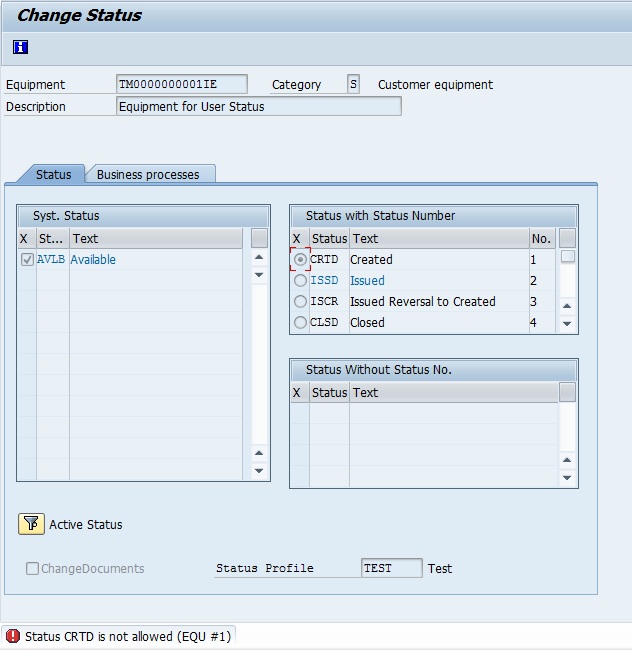 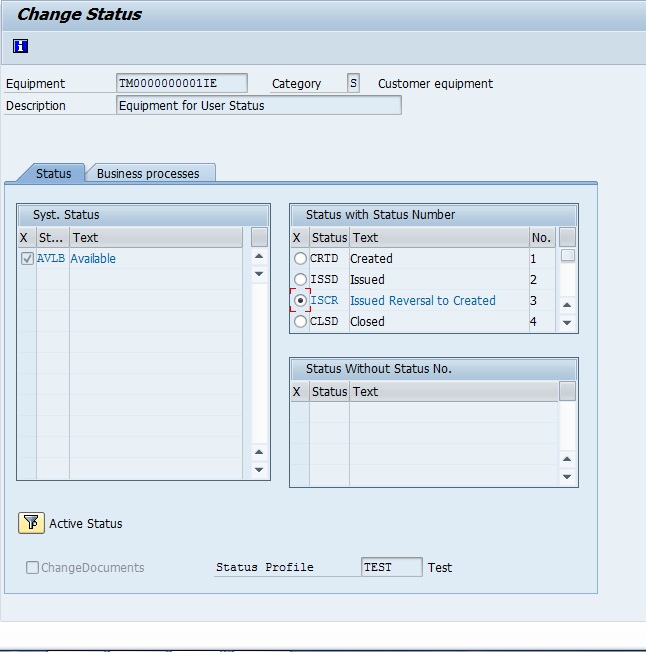 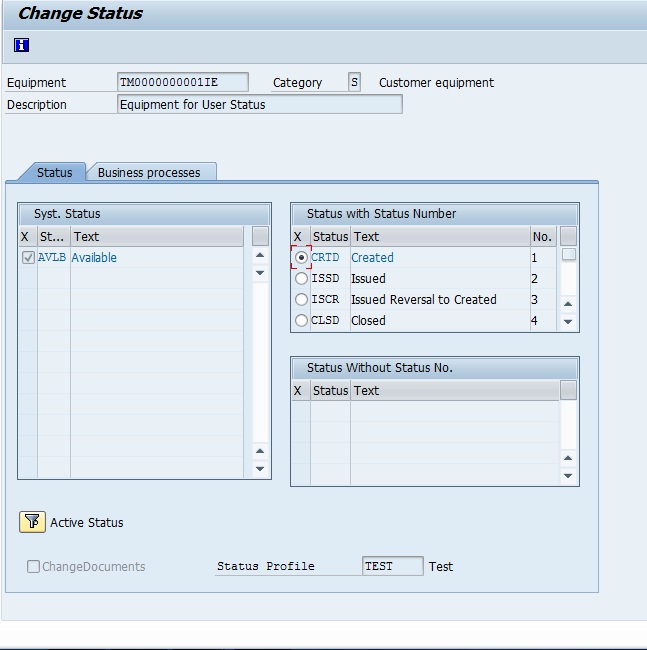 Conclusion: By having this, developments can be avoided for these controls in user status

That is an inventive way to meet this requirement, I like it! I infer that you can control the possibility to reverse the stati by applying the Authorization Key to the intermediate "Reversal" status. (It's not visible in the screenshot from OIBS?)

Thanks for your observation & comments.

I didn't mention the Authorization key to any user status. As a note, I mentioned that for Reversal statuses, separate Authorization key can be assigned to be given to Superior / Manager who is authorized to approve the reversal of status.