How to Put Together a Winning BYOx Strategy

I’ve received a lot of positive feedback around introducing BYOx (Bring Your Own Anything) as a core IT strategy. In What is BYOx and Why is it so Important?, I outlined the importance of moving beyond BYOD into a broader way of thinking. Simple concept, right?  BYOD, BYOA, BYOW, BYOL, then BYOC. Or was it BYOD, then BYOW, then BYOL? Well, it depends on your starting points and your ambition. 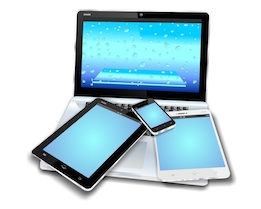 One gauge of ambition is timing, and like BYOD, BYOx won’t happen overnight. In fact, I believe that worldwide about 20% of enterprises will be implementing some form of a BYOx strategy by 2017. Why 20%?  It represents the “type A” visionary companies that at this point in time have embraced BYOD and are gaining the rewards in terms of flexibility, scale, employee and partner satisfaction, and economic benefit. These companies have already for the most part adopted BYOD in significant numbers at the department, business unit and in some cases global scale. Thus, BYOD (let’s call it Wave 1 of BYOx) forms the foundation for cultural, organizational, and technological readiness for BYOx. The first step then is to set reasonable expectations with your stakeholders about BYOx. Don’t promise it tomorrow.    Rather, identify the next logical “x” according to your pain points or opportunities. And then set a goal to roll out the support, marketing, etc, required in a 6-9 month timeframe, and also articulate the scale on which you would like to accomplish.

In my opinion, the lowest hanging fruit is in tooling (BYOT) and (BYOA) applications. In fact BYOD forces the hand around BYOA, in that once the end users have the ability to bring their own devices they for the most part have the ability to pick the apps that help them in being productive. So IT is immediately forced to consider blacklists/whitelists, etc whether the apps are web-based, hybrid or native, BYOA typically finds a grass-roots way into your organizations. So why not embrace it, linking it to social media, and become explicit in doing so and in creating a culture of innovation, best practices, and policing (including self-policing)?

BYOT is more subtle , but in some ways easier in that if you create an environment based on open-standards where tools can be brought in, then innovation at the business and department level can be increased, lowering the time to creation of new applications and business. I think that by Q1 2015, we’ll start to see some organizations explicitly push BYOT and BYOA at both the end user, infrastructure/operations, and app development levels in their organizations.

That’s when we’ll see Wave 2 of a core change where end users and departments no longer will wait around for IT to solve their problems, and IT will take an increasingly consultative role.

Wave 3 of BYOx will bring the more advanced areas into view, like wearables, Gadgets, cloud, and licensing. These areas are a bit more narrow and will depend on building a culture of innovation, responsibility, privacy and trust where IT, end users, business owners and app developers stop thinking in silos.   This is the longer term outcome that will still be developing as we turn towards 2020. More ambitious enterprises who can achieve Wave 3 maturity stand to gain competitive advantage, however fleeting that may be.

Speaking of ambition: there’s more at stake here then the sometimes hard to quantify benefit of empowerment. I believe that BYOx is a key to rapidly unlocking opportunities as mobile fits into the multichannel/omnichannel physical/digital worlds we all live and work in. More on that in my next blog.

Are you ready to catch a (BYOx) wave?